YWCA block: Are we looking for an answer?

Once again, the city of Springfield is planning to demolish the old YWCA building to get the site ready for some potential new development. I questioned the validity of the city’s previous efforts on this topic in a citizen editorial in the State Journal-Register last January. Since then, the city has received a development proposal from a well-qualified firm from Indianapolis and is currently negotiating a financing subsidy, primarily with TIF funds. The proposed design includes the reuse of the YWCA building. The mayor says it’s time to demolish the YWCA building because the costs are too high. The real question is not how much it will cost to rehab the YWCA. The real question is how much city subsidy is required for the YWCA block and how does the old building fit into the equation. It’s not really a design issue; it’s a complicated financial analysis.

I previously criticized the city for ignoring the eligibility of the YWCA rehabilitation for federal tax credits, which would provide a financial incentive to the owner equal to 20 percent of the rehab cost. The old YWCA building is now a contributing building in the expanded Downtown Springfield Historic District, which ensures that the renovation would be eligible for this subsidy if preservation design standards are met. This is a method of gaining federal dollars to subsidize the renovation as an alternative to, or in addition to, city TIF dollars. One potential developer of the site, who has a successful track record with several historic preservation projects, appears to have given a $7-$9 million renovation estimate, which the mayor says is too much.

It’s time to take a deeper look at the financing of this project. A $7 million price tag to renovate the old YWCA works out to $187 per square foot. Subtract the 20 percent tax credit and the renovation is about $150 a square foot, which is very competitive for construction for this site. Similar historic YMCA buildings in Rockford, Chicago, Joliet, Peoria and Galesburg have been successfully rehabbed. None of these cost more than $150 per square foot.

This city has a legitimate concern about the overall TIF subsidy needed for the YWCA site as a redevelopment project. The cost of the YWCA structural renovation is a small part of the larger financial gap. Even at a cost of $150 per square foot, there is a problem making the numbers work in Springfield for rental housing. We have both the good fortune and the misfortune to have very low housing costs. Great older houses sell for $80-$100 per square foot, and high-quality new housing rarely exceeds $150 per square foot. The rental rate to support $150 per square foot construction would put this development at the top of the current market. With the right amenities and a high-quality product, there is a place for new housing downtown, which is one goal of this project. However, there is a relatively small market for high-end market rate housing, leaving a “gap” to “make the numbers work” as compared to more competitive market rate housing. The amount of the gap is the essence of the issue. Just to put the TIF dollars in perspective, a $7 million YWCA project at a tax rate of 2.5 percent would produce $175,000 a year in tax revenue for the TIF. A TIF subsidy equal to 10 years of future tax revenues would equal $1,750,000, which would reduce the YWCA rehabilitation cost by $40 per square foot and potentially put the project into market rate viability.

The city’s Historic Sites Commission will be asked to approve the demolition plan. Their past track record is not good, as the last time this came up a sub-committee of the commission approved the demolition of the Robinson House, which is now another vacant lot. New rules now require a full commission vote. Lets hope that they do their job this time.

Where do we go from here? The city should be using the proposed demolition dollars for the YWCA building to put a new roof on the building now. The city knew there was a roof problem when it purchased the building, and they did virtually nothing to address this deficiency. They should work with the proposed developer and insist that the YWCA project be part of the larger project, with the appropriate subsidies, city and federal. The overall exterior of this building is in excellent shape and the interior is a great candidate for historic rehabilitation. This building has lasted for a century and can survive for another century with the right team. Let’s make this happen. We already have plenty of vacant lots downtown. The Abe Lincoln Hotel site has been vacant for almost 40 years. Let’s not repeat the mistakes of the past. A historic building such as the former YWCA should be seen as an opportunity for renewal, not another vacant lot. It’s time for Springfield to support heritage development and live up to its reputation as a city with respect for its past.

Mike Jackson, FAIA, of Springfield is an architect with more than 40 years of experience in historic preservation. 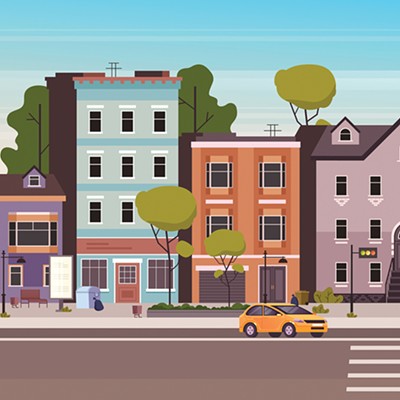 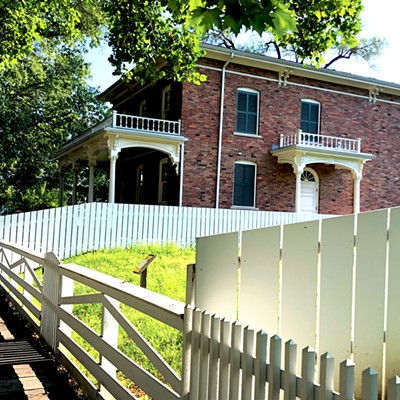