“You’ve always got respect down here”

In the wake of a fight with a 19-year-old man who had insulted him, Springfield police officer Samuel Rosario returned to the scene and took responsibility.

Rosario was greeted like a friend by Robert Humes, who shortly beforehand had accepted the officer’s invitation to engage in fisticuffs, according to body camera footage obtained by Illinois Times.

“Long time, no see, brother,” Rosario, accompanied by other officers, says as he approaches the home where he’d earlier fought Humes. “Doing all right? Doing better? I put one on you didn’t I? It should never have happened, though. It’s my fault.” 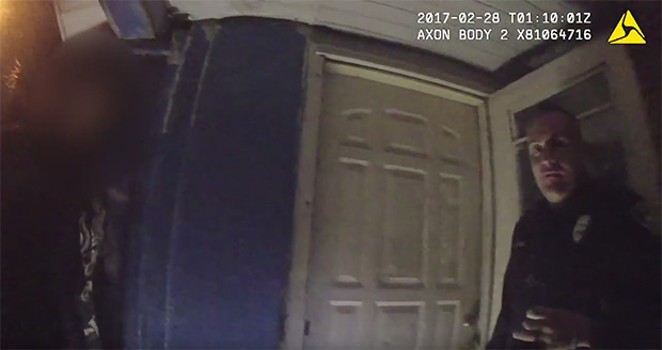 Humes greets Rosario amicably and says there is no need for an apology.

“No, no, it's cool," Humes tells the officer. "I love it when an officer gets angry about that bullshit.” About then, someone opens the front door to the home. It’s not clear whether Humes or the person who opened the door is speaking, but whomever is talking sounds in a peaceful mood.

“That shit over with,” the person tells Rosario. “You always got respect down here.”

Afterward, police again visited the home to photograph injuries to Humes’ face, which weren’t serious. During that visit, Humes says that Rosario should be promoted. Instead, the officer was put on unpaid leave and charged with official misconduct and battery.

To read about and watch the initial incident please CLICK HERE

Super sounds of the Illinois legislature