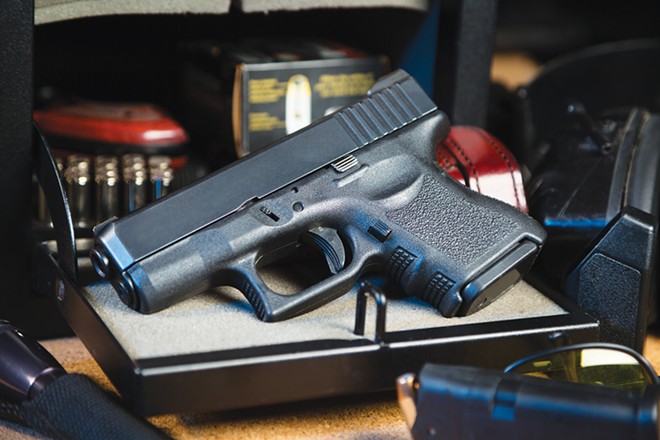 Brent Urfer is a man who follows the rules. He's an upstanding citizen who teaches school, pays taxes and obeys the law.

The Christian County man never has been convicted of any crime. Nonetheless, he was turned away when he attempted to buy ammunition from a Springfield farm supply store.

Why? His Firearm Owner's Identification, or FOID card, had expired. And although he applied for a renewal, the state was slow to process his application.

In response to the pandemic, Gov. JB Pritzker issued an executive order indefinitely extending the expirations of gun permits – as long as an application is on file. But some stores fear assuming legal liability when selling guns or ammunition to someone whose FOID card appears to be past its expiration date.

"When they refused to sell ammunition to me, I went home and printed out proof from the state police that I had applied for a renewal. I went back the next day and showed it to them. Then they were willing to sell to me," Urfer said.

An informal survey of Springfield-area lawmakers found that FOID card and concealed carry license processing are the No. 1 constituent complaints they receive.

"This isn't something that I deal with once a day. It's something I deal with several times a day," Rep. C.D. Davidsmeyer, R-Jacksonville, said.

But the Illinois State Police, which oversee gun permits for the state, have not been abiding by the law. A staffing shortage, more first-time gun owner applications, an antiquated computer system and most recently, the pandemic, have caused the department to fall far behind.

Illinois Times has learned that while the audit will show some improvement in processing times for FOID cards and concealed carry licenses, it will also show the agency is not in compliance with the standards set by statute.

"I haven't seen the audit yet. But if it shows things are getting better, I won't believe it," Rose said. "My office receives way too many calls from constituents having problems in this area for me to think there has been an improvement."

Richard Pearson, president of the Illinois Rifle Association, said the state police are doing a better job but they are still not in compliance with the law. He said his association is taking a two-pronged approach to addressing the problem.

"We want to make sure the FOID law we have is better to work with," he said. "At the same time, we are challenging its constitutionality in court. Ultimately, we will have to get a case before the U.S. Supreme Court to have this ruled unconstitutional. Nobody should have to pay money to the government to exercise their Second Amendment constitutional right," Pearson said.

"Here's my problem with this, people pay their money up front and then the state will wait sometimes more than a year to issue them a card," Rose said. "They are ignoring their own law. In this country, we are supposed to have due process of law, and this isn't it."

Scott Reeder is a staff writer for Illinois Times. Contact him at sreeder@illinoistimes.com.