Fraudster didn't do it alone 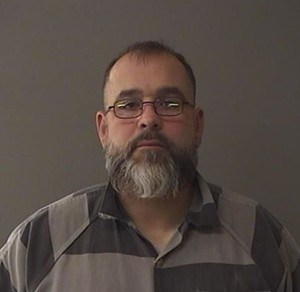 Chris Schaller, a former mortgage broker imprisoned in June for fraud, had partners who included two state employees, according to a 2018 court affidavit used to obtain a federal search warrant for contents of Schaller's cellphone.

In addition, three appraisers whom Schaller relied on have been disciplined by the state Department of Financial and Professional Regulation.

The two state employees, including one who works for Illinois State Police, were partners with Schaller, according to the affidavit prepared by FBI agent David Hood, who wrote that the three were suspected of engaging in illegal gambling operations using a bank account belonging to the two employees, whom Illinois Times is not naming because they've not been charged with crimes.

Mark Wykoff, attorney for the state police employee, said he had no comment. "I don't know anything about any of that," the other state employee said when asked about allegations contained in the search warrant application.

In 2017, investigators searched trash from a Springfield home where one of the employees stayed and found a ledger. "The ledger detailed a list of wagers placed on professional and collegiate sporting events," Hood wrote in the affidavit. "The pieces of paper indicate approximately $21,150 in wagering over a three-day period."

Over the course of 22 months between 2012 and 2014, nearly $352,000 flowed through the joint bank account established by the two state employees, according to the affidavit. During that time frame, one of the employees deposited $53,300 in cash into the account in a series of nine deposits ranging from $9,000 to $300, according to Hood's affidavit. "Evidence suggests these significant cash transactions could be associated with an illegal gambling operation," Hood wrote.

Cash from the two employees, according to Hood's affidavit, may have been used to help purchase a home a decade ago. In the space of 30 minutes, the two state employees purchased $38,000 in cashier's checks, with each of four checks, from four different banks, in the amount of $9,500, which is $500 below a $10,000 threshold at which financial institutions are required to report cash transactions to the government, Hood writes in his affidavit. Each check was made payable to Schaller, who purchased a cashier's check for $6,559.98 four days later. That same day, a trust with Schaller as the sole beneficiary bought a Riverton home for $44,559.98, the exact sum of the five cashier's checks, according to the affidavit.

Fifteen months later, in 2013, a 22-year-old man who made $9 an hour bought the house for nearly $87,000 via Schaller, who helped with paperwork. After closing, the title company released proceeds from the sale, more than $86,000, to the trust controlled by Schaller. Five days later, Schaller transferred $38,105 from his bank account to the joint account held by the state employees who'd given Schaller cashier's checks, according to Hood's affidavit. Eighteen months later, the man who'd bought the house defaulted, and U.S. Bank, which had purchased the note from Diamond Residential Mortgage, Schaller's then-employer, foreclosed. The deal was one of 10 cited by the Illinois Department of Financial and Professional Regulation as an example of Schaller's misdeeds, which found that he'd falsified paperwork, and so fined him $128,000 in 2018 and revoked his mortgage loan originator's license.

In 2017, according to the affidavit, Schaller processed a home loan for the 91-year-old mother of one of the state employees. Shortly before the loan went through, she purportedly signed an affidavit stating that she wanted to move from Jacksonville to Springfield so that she could be closer to her doctors, according to the affidavit and the 2018 IDFPR order revoking Schaller's state license. Earnest money for the house purchased in her name came from the joint bank account controlled by the two state employees, according to Hood's affidavit.

After the deal closed, the employee established garbage service in his own name at the Springfield home while his mother continued living in Jacksonville. FBI surveillance and trash recovered from the house established that the employee was living in the house with his children, according to Hood's affidavit. When questioned by authorities, the employee's mother said that the affidavit with her signature stating her desire to move to Springfield was fraudulent, according to the IDFPR order.

Schaller had many allies, according to a Diamond employee who spoke to the IDFPR and FBI. IDFPR disciplined three real-estate appraisers after the employee told the department and the FBI that they were involved in efforts to establish valuations that would help green-light mortgages so that Schaller could earn commissions. The appraisers include Nathaniel Radwine, whose state license was suspended indefinitely in 2019; Sean McKinney, who received a reprimand and a $4,500 fine in 2020; and Lora L. Metcalf Crocker, whose license was revoked in 2020. She also was fined $7,000.

Between 2011 and 2016, Crocker appraised approximately 40 properties and set values predetermined by Schaller, according to a 2020 consent order with the IDFPR, which says that she requested additional compensation for doing so. Radwine discussed valuations with Schaller and "may" have accommodated requests to establish specific values, according to an IDFPR consent order. McKinney, the IDFPR alleged, accepted appraisal assignments that he should have rejected because they included inappropriate conditions.

The Diamond employee who named appraisers during his interview with the FBI and IDFPR said that Schaller kept a maroon folder containing letterhead from banks, hospitals, a home inspection company and other entities, with letterhead created by erasing the contents of legitimate letters so that fake ones could be created so loans would be approved. "Anytime a legitimate letter would come in, he'd add it to the folder," the employee told the FBI and IDFPR. When a credit score was low, Schaller enlisted a self-storage company to falsely assert that a borrower had a history of paying rent on time, the employee said.

Illinois Times is not naming the employee, who remains with Diamond Residential Mortgage, because he has not been charged with a crime or sanctioned by state regulators. He did not respond to an email or telephone message requesting comment. The employee admitted signing documents with clients' names and impersonating dead people when calling banks to get payoff amounts on mortgages if a deal involved a deceased person. What began as innocuous shortcuts in signing clients' names to routine paperwork grew into something more, the employee said. One example was a request to change a foreclosure date on paperwork prepared by a sheriff's department, he said. "I was like, dude, this is insane," the employee said.

The employee had never worked in the mortgage industry before Schaller hired him.

"He said this is normal, this is what you do," the employee told the FBI and IDFPR. "He was very hungry and always encouraged other people to be hungry as well. ... Unfortunately, a lot of us made very poor decisions."

In a written statement, a spokesperson for Diamond Residential Mortgage said, "From the beginning, the company instructed its employees to fully cooperate with federal and state authorities in their thorough investigation and the company also cooperated in the criminal prosecution of Mr. Schaller. Schaller took advantage not just of Diamond's customers, but of the company and its employees too. The company went on to strengthen its processes and procedures consistent with its consent order with the state of Illinois."