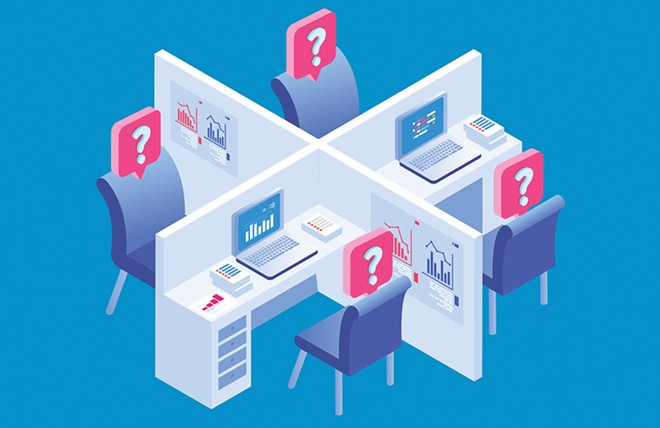 It happened in Chicago. Could it happen in Springfield?

Governor JB Pritzker has taken the first steps to restructure the state's real estate portfolio with an eye toward reducing the workplace cost for state employees.

The governor announced in January that the state of Illinois will sell the James R. Thompson Center and place many of the employees working there in a West Loop building at 555 W. Monroe that the state purchased for $73.25 million. The move will allow the state to avoid millions in needed Thompson Center repairs and to terminate $21 million worth of downtown Chicago office space leases in other buildings.

The Illinois Department of Central Management Services (CMS) has found the state's real estate footprint will be reduced by approximately 30 percent with the Chicago move, and that only 900 employees require a work location in the Loop in these remote-working times. 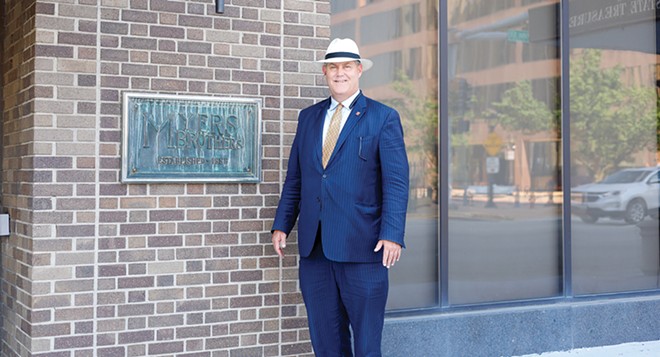 Those Chicago decisions were made prior to COVID-19, but the pandemic has demonstrated that many workers and departments can be just as effective working from home or on a hybrid model.

By contrast, Springfield, the center of state government, has a population of 115,800 and state building leases in the capital city total approximately $29.4 million per year. It's not hard to see how a real estate consolidation move by the state like the one occurring in Chicago could affect Springfield.

If the state continues to allow a significant number of employees to work from home, what does that mean for places like downtown Springfield that are dependent on office leases and a daily influx of state workers?

The state of Illinois currently has 57 leased properties in Springfield, according to CMS. Those leases are five years in duration with staggered beginning and expiration dates. Some of the leases are huge, such as the Prescott Bloom Building, $12.1 million over its five-year term; the Concordia Complex, offices for the Department of Corrections, $15.2 million; and $9.7 million for the 320 W. Washington building, office space for the Department of Financial and Professional Regulation and the Department of Insurance. 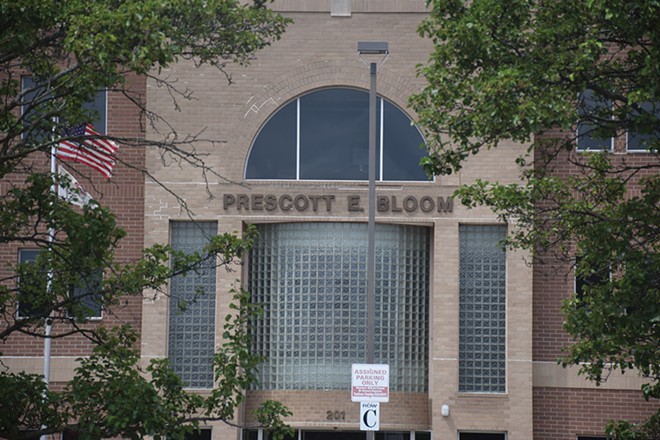 Photo by David Blanchette
The Prescott Bloom Building at 201 S. Grand Avenue East, leased for $12.1 million over five years, is home to the Department of Healthcare and Family Services.

There are smaller leases as well, such as the $36,224 paid over five years for a warehouse at 1100 N. Amos, or $51,720 to provide the Criminal Justice Information Authority with ninth-floor Illinois Building offices.

Gov. Pritzker signed House Bill 355 into law this spring, which amends the Illinois Procurement Code and allows the state to amend existing contracts to reduce the square footage of leased property. The new law is in effect.

"Since I took office, I've been focused on making sure that we manage our assets efficiently and maximize taxpayer savings," Pritzker said.

CMS spokesperson Marjani Williams said that state of Illinois employees have begun to transition back to their work sites based on operational need and in an effort to resume normal activity. 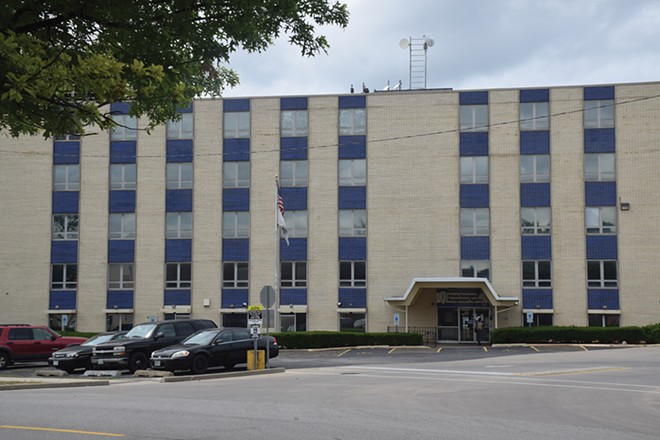 Williams said it's too early to say how much of that remote work will continue, or what impact it may have on the square footage the state needs to maintain for its in-person employees.

"The Illinois Department of Central Management Services continues to assess the state's real estate portfolio statewide and will make future adjustments to optimize leases as needed," Williams said. "The health and safety of state employees remains the highest priority."

Downtown, the neighborhood for state workers

No one is saying whether state leases will be reduced in Springfield, but if they are the impact could be significant.

"Obviously, if remote work continues on a long-term basis in large numbers, it will mean a reduction in office leases over time as existing leases expire and are not renewed or are renewed with a reduction in the amount of square footage that is required going forward," said Chris Hembrough, executive director of the Greater Springfield Chamber of Commerce. "This will certainly have a negative impact on property owners as well as the potential impact on surrounding businesses." 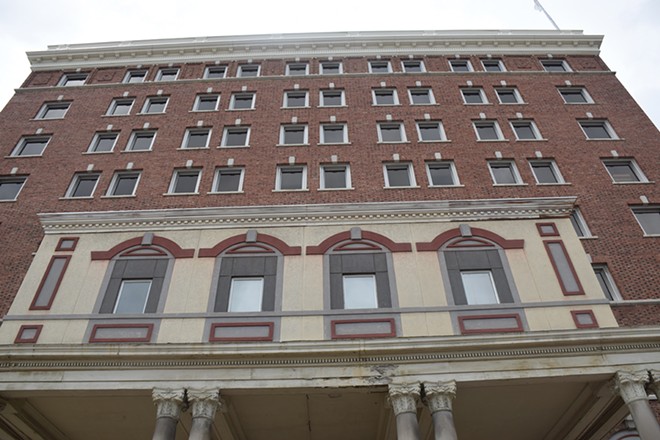 Photo by David Blanchette
Leland: The Illinois Commerce Commission is headquartered in the Leland Building at 527 E. Capitol. It is leased for $4 million over a five-year period.

Hembrough hasn't heard anything specific yet about the status of the state's Springfield leases, but realizes Illinois government is in the same situation as private business as the state tries to plan for a post-COVID landscape.

"Only time will tell how many people will continue to work remotely on an ongoing basis," Hembrough said. "I believe many factors, including, but not limited to, decision-making work on a long-term basis."

Downtown Springfield has the most to lose if the state decides to reduce or eliminate building leases.

"We do consider ourselves the neighborhood for state workers and hope to continue seeing support for downtown from state agencies," said Kayla Graven, executive director of Downtown Springfield, Inc. "However, we did anticipate there could be changes in the post-pandemic world."

Graven said her organization is being proactive and is encouraging downtown property owners to consider alternatives if state leases dry up.

"We have been forward-thinking with developing education and tools on how to make necessary pivots," Graven said. A recent Upstairs Downtown workshop "taught current and prospective property owners how to convert their upstairs to income-generating apartments. Converting more downtown upper story spaces to residential will help," she said.

"You talk about the defection of jobs from Springfield under the Blagojevich administration but this is a different type, where people can work from home," Langfelder said. It could be a significant impact to the city, especially for downtown. 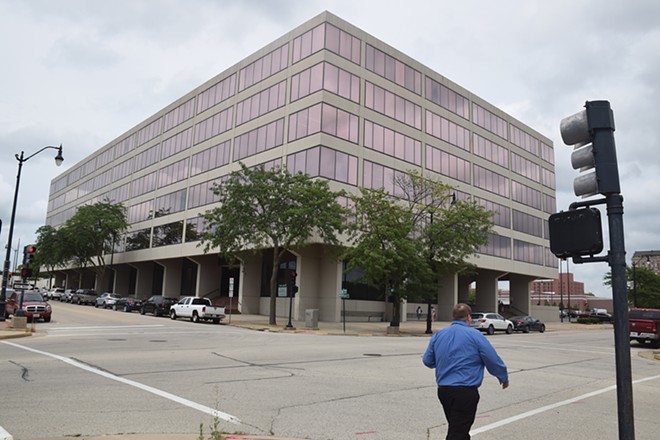 Photo by David Blanchette
The Alzina building, which provides office space for the Department of Human Services and State Board of Education, is leased for $8 million over five years.

"I understand operating efficiently and moving in that direction, but what is the long-term impact? If you start working remotely for state government, does that limit the worker to Springfield?" Langfelder said. "That work has usually been located in Springfield, but now can I be located elsewhere, like the Chicago area or southern Illinois?"

Langfelder would like to see a state policy that specifies remote workers for Springfield jobs have to be physically located in the vicinity of Sangamon County. He also sees an opportunity for the Springfield Convention and Visitors Bureau to entice those remote workers, who are no longer out and about in Springfield, to enjoy themselves and spend time in the city.

Langfelder applauded State Treasurer Michael Frerichs for committing his office to the downtown area through the acquisition of the former Marine Bank building at Sixth and Washington streets downtown. The treasurer's office began using the building for some operations in March 2020.

The Illinois State Treasurer's Office has 169 employees in Springfield, 125 of whom are assigned to the Marine Bank building and therefore working, eating and socializing downtown.

"Bringing our workforce downtown made a lot of sense for our office, for the city of Springfield and the state of Illinois," Frerichs said. "It was a smart way to save taxpayer money, consolidate resources and invest in our community."

Those on the receiving end of state leases in Springfield haven't noticed any difference so far. The leases are still in place and state employees appear to be returning to their old office spaces. 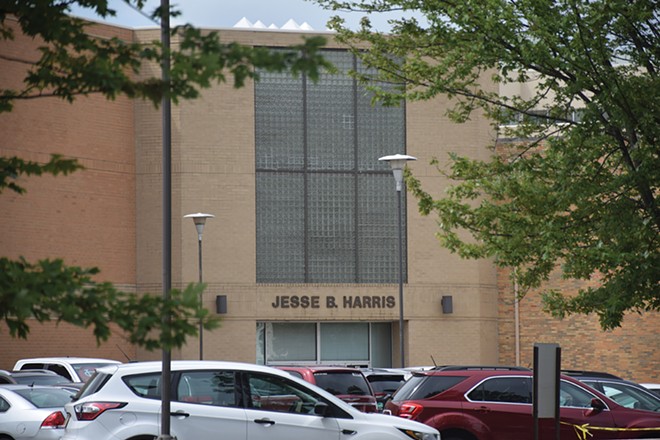 Photo by David Blanchette
The Harris Buildings I and II represent a total of $11.8 million in lease payments over five years for the state. The Department of Human Services is located there.

"I have not been a part of any leases that have been canceled or modified in any way," Myers said. "On all of the properties we assist with, the state leases have moved forward just as before."

Myers said the largest COVID impact on leases involved parking spaces. He's the vice president of Springfield Downtown Parking, and when people are working remotely they tend not to lease their coveted downtown parking spots.

"When the stay-at-home order occurred in March 2020, some people stopped paying for parking spots because they were not required to report to work," Myers said. Now it appears they are all coming back to work because those downtown parking lots are all filling back up.

"We are hopeful and thankful that everybody is going back to work," Myers said. "They are part of the economic engine that was not here for a period of time because people were not required to go to work, and now it appears they are."

Springfield resident Frank Vala is chairman of the state's Procurement Policy Board, which consists of five nonpaid members, one each appointed by the legislative leaders and the governor. The board has new or renewed leases presented to them for approval.

"We have gotten no indication that any leases are being done away with," Vala said. "It's business as usual."

Need to be better prepared for remote work

If state leases are reduced or terminated and more employees are allowed to work remotely, that may not be the best solution for the employer or the taxpayer.

"If the state wants to go remote, I think the workplace needs to be better prepared first," said Sudeep Sharma, a University of Illinois Springfield assistant professor of management who specializes in organizational behavior, conflict management and human resource management. "If we continue to allow people to work remotely, the whole human resource perspective needs to change."

Sharma said it's possible that any cost savings realized through remote work and reduced leases could be offset by employee inefficiencies.

"Employees may be happy working from home and the state is reducing costs, but we need to make sure the work does not suffer," Sharma said. "As we return to normal, peoples' expectation of service will be different than it was during COVID. Customer service for the taxpayer might suffer, and it might take longer to get correct outcomes."

Sharma said there are factors like social interactions, working as a team and interpersonal skills that are stronger within an in-person work setting. There are also the issues of time management and employee performance appraisals.

"If you have flexible work schedules, there must also be expectations for each employee; their job descriptions and objectives should be clarified," Sharma said.

Sharma indicated that he expects the remote work trend to continue post-COVID, particularly for employees working in the software or information technology fields.

"Many issues are coming into the picture since this remote model was started," Sharma said. "Several Fortune 500 companies are requiring employees to work face-to-face. They understand the complexities of customer service."

David Blanchette is a freelance writer and photographer from Jacksonville. He is also the board chairman of the Jacksonville Area Museum, an institution that will soon open in downtown Jacksonville. 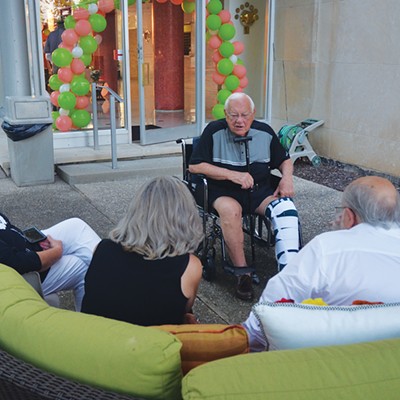