What made Thompson such a good governor

"Big Jim" Thompson was tall of stature, and he will forever stand tall in the history of Illinois politics. James R. Thompson (JRT) served as Illinois governor from 1977-1991. I had the privilege of working for him during his last five years in office.

With the recent news of his passing, much is being written about Illinois' longest-serving governor. For me, many things stand out. He was a moderate Republican whose staff and supporters included Democrats and Independents in addition to Republicans.

He was smart. He remembered everything he read. It wasn't uncommon for him to cite a fact included in a long addendum to a briefing. He was gregarious and enjoyed engaging with people from all walks of life. He listened and made things happen. Working on his staff was never dull.

Early in my tenure on staff, I was told "the governor has been talking to Willie." That was the beginning of Thompson and Willie Nelson, along with John Mellencamp and Neil Young, launching the star-studded first Farm Aid concert on Sept. 22, 1985, at the University of Illinois at Urbana-Champaign.

Thompson was equally at ease working with Dr. Leon Lederman, Nobel Prize winner in physics and director of Fermilab. In response to Illinois losing its bid for the Superconductor Super Collider, Thompson and Lederman brought together Illinois' leading research universities, national laboratories and corporate executives and created a state-funded program to compete for federal grants for science and technology projects.

During the controversy surrounding the proposed closure of the Native American burial ground at Dickson Mounds Museum, Thompson met with Native American activists. He also dropped by beauty shops in Lewistown to hear what local women thought.

Thompson listened to disparate views and made well-informed decisions. He relied on staff to prepare comprehensive bill reviews and position papers before acting on bills passed by the legislature and making other decisions. He factored in the policy issues, budgetary impacts, political implications and kept track of who were proponents and opponents.

Thompson's environmental record earned him respect from the environmental community. He expanded funding for open space and included funding for natural areas and the environment in his large Build Illinois infrastructure program. He agreed to listen to presentations by the Illinois Environmental Council about major policy issues; this memorable meeting lasted five hours. His administration was responsible for significant environmental legislation, including the Solid Waste Management Act and Groundwater Protection Act.

Thompson was an advocate for the arts and cultural organizations. He created the Historic Preservation Agency. Thompson had a personal interest in art and antiques and hosted antique shows on the grounds of the governor's mansion. When the Thompson Center was built in the Chicago Loop, an Illinois Art Gallery and Illinois Artisans Shop graced the second floor, thanks to Thompson. He created the Illinois Artisans Program within the Illinois State Museum to raise the visibility of the state's talented artisans. He led many trade missions, and the gifts he gave to foreign leaders were often handcrafted items made by Illinois artisans. He requested the Illinois State Museum Society operate a second artisans shop in the Executive Mansion. A few weeks prior to leaving office, Thompson cut the ribbon opening the Southern Illinois Art and Artisans Center at Rend Lake. The center, which sadly is now closed, has a colorful history connected to wrangling votes for the White Sox Stadium.

After leaving public office, Thompson would sometimes ask to visit the Illinois State Museum when in Springfield attending inauguration ceremonies. A number of years ago, he requested to see the museum's decoy collection. As we were driving from the museum to the Research and Collections Center, we passed by the Dana-Thomas House. Thompson remarked that the two things that people stop him on the street to thank him for the most are the White Sox Stadium and saving the Dana-Thomas House.

Governor Thompson's legacy looms large. In today's challenging and partisan times, we could use more leaders like JRT.

Karen Ackerman Witter worked for the state of Illinois for 35 years under five governors. She served on Governor Thompson's program staff as assistant to the governor for natural resources prior to Thompson appointing her director of the Department of Energy and Natural Resources. She later served 14 years as associate director of the Illinois State Museum. 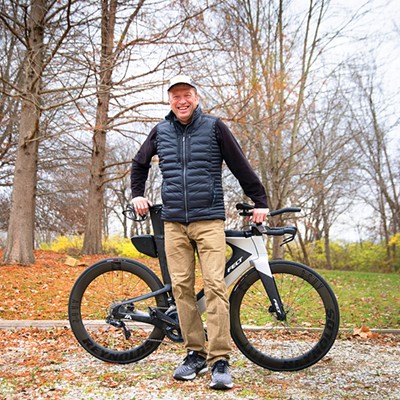