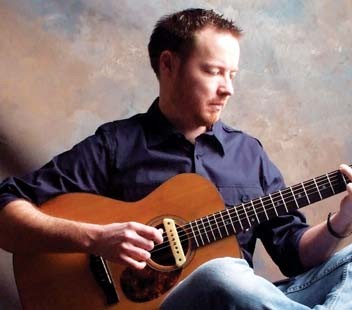 Dave Littrell Band hosts a CD release party at the The Creek in Chatham on Sat., July 30, with Josie Lowder opening at 9pm and special guests throughout the night. For more info go to www.DaveLittrell.com or www.PlanetPlayground.com.

Fans of the local band music scene would be hard pressed to not be familiar with the Station, one of our most prolific and consistent groups of the last decade in the area and on the road. Dave Littrell, the driving force behind the instrumental-based and jamband-styled music of the Station now embraces another avenue of expression with the release of his first solo recording, Now I See.

“Playing with the Station was a great experience, but it got to the point where I was with the band more than my family,” says Littrell. “This record is about that second tier where I felt an influx of inspiration from a different perspective.”

Joining the long ride with Littrell in the Station (on hiatus for now) was good friend, drummer and cohort from the beginning, Dave Carter. From the hectic touring schedule of the Station to frequent gigs around town as Dave and Dave, the fellow musicians were constant travelers in a van and in the band. A few years ago Carter began taking off from constantly playing and staying more on the commerce side of keeping a working band working. Now as Littrell evolves into a solo artist, Carter is there to do the business of making it all happen.

“I just want him to write songs and let me do the rest,” says Carter, official producer of Now I See and founder of Planet Playground, the new record’s label. “It takes so much to put out an album properly, the artist needs to focus on what they need to do.”

The new recording, in the works for about two years, contains mostly new Littrell material with a few Station songs that, “generally didn’t fit on a Saturday night in a bar,” with all the tunes relating to the songwriter’s current experiences. As his life mellowed and sweetened, the music softened and deepened, reflecting the adjustments toward a more peaceful surrounding of family and home with a musically acoustic backdrop.

“I went back and rediscovered melody and lyric, listening to my early favorite influences like the Beatles, Billy Joel and Paul Simon,” says Littrell. “It’s not that I don’t like the Station’s kind of music anymore, ’cause I do, it’s that this gives me a chance to concentrate lyrically and be more introspective. The Station was all about the big live show and this is about the power of a simple song.”

During the recording process, Littrell used his multi-instrumental talents to record most of the tracks on his own, layering vocals, playing acoustic guitar, bass, assorted keyboards, saxophone, percussion and even tin whistle on a tune. With Dave Carter on drums, they recorded the basic tracks at Darin Holthaus’ Buckhorn Studio. From there Littrell filled out the music as he heard it with the addition of Shane Bumgarner on banjo and Phillip Bisch on bagpipes, plus bassist Jeff Cunningham on four tracks, including “Rural Route One,” a co-write with Littrell.

“I’ve seen a lot of Jeff lately,” he says, with a smile. “We played together years ago as the Three Amigos with Dave (Carter), then Jeff joined the Station. He then returned the favor and asked me to join his project, Low Phatt on sax and keys.”

Now that the release date is here, the actual CDs in hand, the digital downloads in place, the promotion machine in motion and the Dave Littrell Band ready to perform as needed, what’s next?

“We’ll be working smarter, not harder, to market the record to the right places,” says Carter. “It’s all a big experiment and a fun road to take.”

“We’re aligned in music and business,” says Littrell. “Now we see where it all goes.”