Courtesy of Lauren Kriel
Jack Kriel with his two children, Langston and Lauren, and wife, Penny
Once, when challenged to describe himself in six words, Jack Kriel wrote, “Went to seminary, became a carpenter.” Raised a Catholic, he had tried his hand at becoming a professional man of faith before forging his own non-religious, yet spiritual, path.

As a contractor with his own construction company, he hired ex-convicts and once worked on a congressman’s deck. Those familiar with his work knew him as a craftsman. He volunteered his skills and time for efforts such as the Enos Park Neighborhood Improvement Association and Habitat for Humanity. He could be as silly as he was contemplative. He was a beloved uncle to his 22 nieces and nephews. Many knew him as “Papa Jack.” He was philosophical and thoughtful. He loved to tell tall tales.

His wife lovingly referred to him as “Mr. Mom.” He was accustomed to flipping pancakes for the two children who were the center of his life. After a Parkinson’s Disease diagnosis on his 64th birthday, he stayed positive and active. Related dementia had set in during his later years. After a bad fall at home in August, he would tell people it was from a topple from his bike. Perhaps he’d been remembering a fall during one of his cross-country bicycle adventures decades prior.

Jack was born in San Francisco in 1943 and also spent some of his early years in New Orleans. He was living in the Bay Area when he met his wife, Penny Wollan-Kriel. They were at a mutual friend’s house for dinner. She asked if he wanted to go see the movie Amadeus with her. “It was kind of a Sadie Hawkins thing.” He accepted with the condition she attend his 40th birthday party, and from there their fate was sealed. Penny said Jack was a romantic who loved to dance. She had been a dancer since childhood and was delighted to have a dance partner. He’d write her poetry. Like his favorite poet, e.e. cummings, he wrote in lowercase. He was “full of life, and he loved life and loved family,” said Penny.

Penny was a Springfield native with family in the city. After she and Jack married and had son Langston and daughter Lauren, they came to Springfield in 1993 to raise them. Penny had a 17-year career at the Springfield Area Arts Council, where she became executive director. Jack supported her ambition and served as the head of the household. “He did the cooking, he did much of the child-rearing,” said Penny. Lauren Kriel, 33, remembers her father cooking in the kitchen while she’d sit at the table doing homework. A skilled storyteller, Jack loved to tell mythological tales that came with a moral lesson.

When he wasn’t making Lauren and her brother breakfast or dinner, he’d hand the kids a hammer or a screwdriver. “My brother and I used to go to job sites a lot, which was really fun.” Lauren, an actor, was working as a stage manager in Asheville, North Carolina, earlier this year when the production halted due to the pandemic. She came home in April to look over her parents. Jack’s love for dance stayed with him until his final months. Because of the pandemic, he could no longer go to movement classes in-person, but they transitioned to Zoom. “I got to meet some of the people that he met through those groups, and people were endeared to him. It was really sweet,” said Lauren. “Even people who didn’t meet Papa in his prime caught some of his essence. It was really nice to witness that.”

In August, Jack broke his hip from a fall, which required surgery and resulted in ongoing hospitalization at various places.

Because of the pandemic, visitations were made more difficult due to restrictions meant to mitigate the spread of infection. It was unknown at first whether any family members would be able to sit with him during his final moments. Penny was able to suit up in PPE and be with him in his last hours. Lauren got as close as she could, sitting outside a hospital window, sharing her final words with her father over the phone her mother held up to him. Lauren said while she understood why the precautions were being taken, it was painful to be that close yet distant in her father’s final moments. “I’m still grappling with the weight of the grief.”

John Malan met Jack through the Abraham Lincoln Unitarian Universalist Congregation (ALUUC). Malan said Kriel was a role model. The pair would talk about their “alternative worldviews.” They went on a men’s retreat together where they walked on fire and shared stories. Malan looked up to Kriel’s parenting and who he was as a person. “He had integrity. He would think about what he was saying and make an effort to say what he actually meant,” said Malan. “He was extremely reliable. If he committed to do a thing he would do it.”

Mary Ryan also met Kriel through the ALUUC and he took her under his wing on many projects. They first met about two decades ago. They worked on updates for the building, which was built in the mid-’90s on Woodside Road. Jack was a co-supervisor of the interior build and served on the facilities committee. Ryan had an interest in tile work, a skill Kriel helped her develop. He was a “patient and amazing teacher,” she said. Even after the Parkinson’s diagnosis, Jack was there to lend a helping hand. After she moved to a fixer-upper in Springfield, he came to oversee her work. “I turned over a five-gallon bucket, he sat there, and with his supervision I tiled the bathroom.”

“I think the biggest thing I remember about Jack is our philosophical discussions,” she said. “That man loved to talk about philosophy and the meaning of life.” One of his common refrains that most resonated was, “You have to be present to win.”

Penny said there’s an easy way for those who knew and loved Jack through the ALUUC to keep him in their memory, once in-person Sunday service returns. The beautiful wood-slatted ceilings were varnished and finished by him. “So when you look up at the ceiling, Jack was involved.” 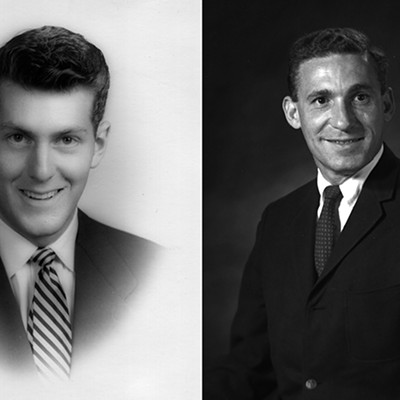