Walker gives corporations the gold mine 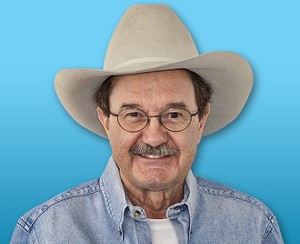 The Wisconsin governor says he should be America’s next president because he’s a proven budget whacker who, by golly, has dressed down teachers, slashed funding for higher education, busted unions and gone after welfare recipients. He’s the Koch brothers’ favorite because he’s tough on government “moochers” – unless, of course, you’re a corporate moocher. If a corporation wants public money, well, then Walker’s your go-to Wisconsin whore.

Wesley Edens could vouch for the governor’s willingness to bestow public favors on big men with big money. Edens is a New York City hedge fund gazillionaire who bought the Milwaukee Bucks pro-basketball team last year. Showing the usual ethical perversity that afflicts “private enterprise” sports owners, this flimflamming carpetbagger immediately demanded a $250-million subsidy from Wisconsin and Milwaukee taxpayers to build a sparkling new sports palace for him. Now, one gamble that’s a more certain loser than throwing your money at Las Vegas casinos is letting public officials throw our tax dollars into building new stadiums for profiteering owners of sports teams. And Scottie was willing to take that bet.

Walker and officials of Milwaukee County are betting the farm to subsidize a flashy basketball arena for the Bucks. Edens did his part to consummate this back alley affair by doling out ownership shares of his basketball team to prominent Republicans including Jon Hammes, a developer who just happens to be co-chairman of the national finance committee for Walker’s presidential run.

The governor told the public that the $250-million bet of their money was “just simple mathematics.” But his glib assurance just explains why these scams are sure losers – officials such as Walker are dupes for corporate hucksters, and taxpayers lost the bet that Walker made on their behalf. From the New York Times: “Based on state legislative estimates and talks with negotiators, the real public cost of the Bucks arena, with interest payments and risky bond offerings tossed in, stands at about $500 million, or nearly twice what was proposed a year ago.”

Plus, team owners are being sold an $8-million piece of land for $1, getting millions of dollars worth of site-development costs for free, being given a $35-million parking garage (from which they’ll collect half the revenue) and getting about $120 million for selling the naming rights for the public arena.

Worse, in brokering this corporate bonanza, Walker let the Bucks owners nix a public demand to have a referendum on the gamble. He also let them ignore the city’s demand that they pledge not to move the team out of Milwaukee during the 30-year lease on the arena. That part is particularly egregious since hedge funds make their money by underpaying for a property, goosing up its value with things like public subsidies, then selling it at a premium and skedaddling with the profits. Even though the owners would have to pay a penalty for selling and scooting out of town, under Walker’s loose deal they’d still pocket about $700 million in profit. If you’re keeping score, that’s negative $500 million to the taxpayers and upward of $700 million in the plus column for Walker’s corporate buddies.

In mid-August, the simultaneously beady-eyed and sleepy-eyed governor signed this $250 million (or closer to $500 million, counting all the little “perks”) giveaway of public money into law. Compounding his sleaziness is the fact that, only one month earlier, Walker had slashed $250 million from the budget of the University of Wisconsin. So, again, if you’re keeping score on Scott, corporations get the gold mine; students get the shaft.

Editorial Note: As of press time, Scott Walker has withdrawn his bid for the 2016 Republican presidential nomination.