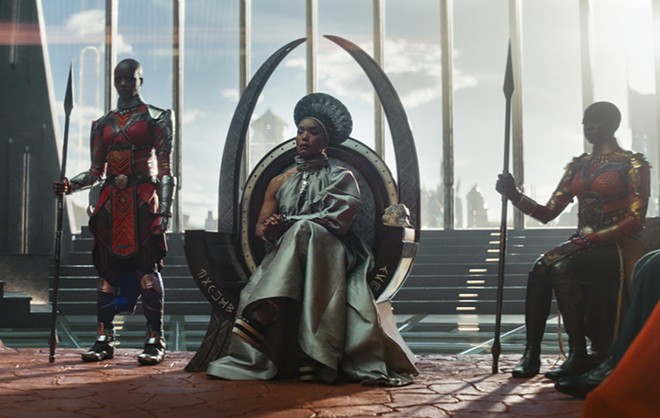 It's no surprise that Black Panther 2: Wakanda Forever is the most somber entry in the Marvel Films universe. The passing and absence of Chadwick Boseman loom large throughout the movie. His friend and colleague, director Ryan Coogler, pays homage to him during the opening moments and never lets us forget his unrealized legacy, poignantly reflected in T'Challa's own fate. And while its emotional resonance helps elevate this entry above standard superhero fare, it's Coogler and co-writer Joe Robert Cole's decision to focus on grief and cultural ideologies that makes it stand out.

With the sudden passing of their king, Wakanda is a nation in mourning. It's also a country under attack, as outside forces mistakenly take it as vulnerable. Of course, at the heart of it all is vibranium, the precious metal found only within Wakanda's borders that other countries hope to weaponize. However, the pursuit of this resource shifts once it's discovered on the ocean floor near the unknown, underwater world Talokan. Their leader Namor (Tenoch Huerta), a powerful mutant, approaches Wakanda's Queen Ramonda (Angela Bassett) in the hopes of forming an alliance between the two countries, a sound suggestion that's undercut by misunderstandings which lead to war.

To be sure, the large-scale battles that are the bread-and-butter of these films are here, a third act throwdown between the Talokan and Wakandan forces proving to be one of the great spectacles in the Marvel Films canon. But that's not what Coogler is concerned about. What has elevated the Black Panther films is their willingness to focus on the humanity of these characters, not so much the tumult that surrounds them. Wakanda Forever is about reassessing yourself and your culture after disaster, acknowledging your strengths and building your future upon them, something this film models to great effect. In Theaters. 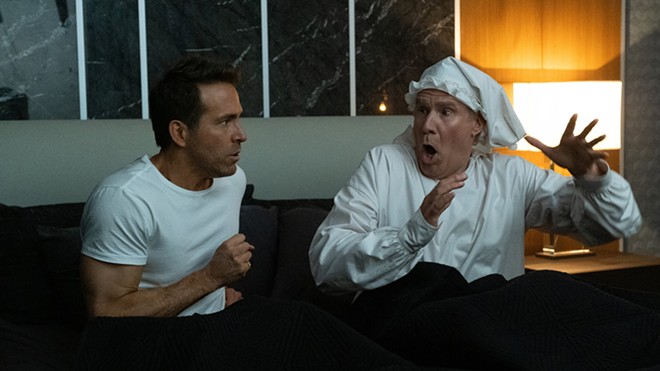 It would seem foolhardy to make another version of Charles Dickens' A Christmas Carol, what with the numerous other versions that have been produced. Yet with Spirited, filmmaker Sean Anders and actor Will Ferrell have come up with a fun, new musical take on the Christmas chestnut, bringing a modern sensibility and a couple of clever twists to the tale that make it just fresh enough to be worth a look. Though too long and featuring two leads that couldn't carry a tune if it had a handle on it, the film is smart enough to acknowledge its shortcomings, its self-reflective approach helping to smooth over its obvious flaws.

Seems as though Ebenezer Scrooge was not the only lost soul that was saved by the ghosts of Christmases Past, Present and Future. Every year they set out to reform someone they feel can do a great amount of good if they are set on the right path. Present (Ferrell) decides the object of their redemptive efforts should be Clint Briggs (Ryan Reynolds), a mercenary public relations man who uses disinformation to sow public dissent in the interest of his clients. That he happens to ignore his orphaned niece doesn't help matters, either.

Though many of the songs are forgettable and superfluous, something the characters in the film readily admit, the script offers up some surprises that keep you hooked, the most effective occurring when Briggs turns the table on Present and sets out to reform him. This and other narrative switchbacks in John Morris and Anders' script inject new life into this oft-told tale, making for a surprisingly effective new take. As with all other musicals, Spirited is a bloated affair, yet the inspired performances from the two leads and the film's sense of goodwill make for a worthy, if at times off-key, Carol. Streaming on Apple TV+. 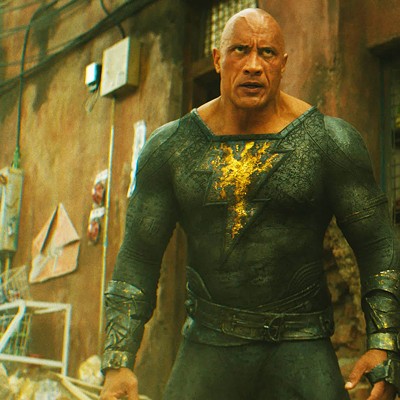