Law allows convictions for deaths caused by a third party 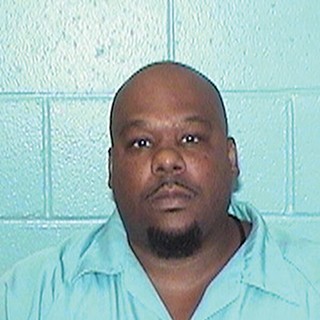 The U.S. Supreme Court on Nov. 25 declined to hear an appeal challenging a controversial state law that allows someone to be convicted of murder even if the death is caused by someone else, if it occurs during the commission of another forcible felony.

The ruling means the Illinois law still stands, although at least two bills have been introduced in the state General Assembly to narrow how it's applied.

One of those bills was prompted by a recent controversy in Lake County when five teenagers were initially charged with murder after a homeowner shot and killed another boy when he saw the group trying to break into a car on his property. State's Attorney Michael Nerheim later dropped those charges amid pressure from community groups and civil rights activists.

The case before the nation's high court, however, involved an incident April 30, 2012, when three men attempted to burglarize an electronics store. According to Givens' Supreme Court petition, 19 officers responded to a report of the break-in. They surrounded the building and called for the men to surrender, but they attempted to flee the building in a van. Officers began shooting, eventually firing 77 bullets into the vehicle, killing one of the men, David Strong.

The other two men, John Givens and Leland Dudley, who were both 32 at the time, were each shot several times but survived. They were convicted of murder for Strong's death because, even though it was police who shot and killed him, his death occurred during the commission of a forcible felony.

Givens, who is now confined to a wheelchair, was sentenced to 20 years in prison for the murder, according to Illinois Department of Corrections information. Dudley received a 25-year sentence.

The Illinois Appellate Court rejected Givens' appeal in November 2018 and the Illinois Supreme Court upheld that decision in March, prompting the appeal to the U.S. Supreme Court.

While most states have similar laws, critics of the Illinois statute say it's one of the broadest in the nation because it is based on what is called a "proximate cause" theory – that is, that the death "proximately" resulted from another underlying criminal activity, even if the death was caused by someone else.

Givens' attorneys from the state appellate defender's office argued in their petition that the law violates the U.S. Constitution's guarantee of due process because it allows for a first-degree murder conviction without any showing that the defendant intended to cause a person's death. They also argued that Givens was denied due process because the law creates, "a conclusive presumption of guilt for murder once the state proves that he committed an underlying, independent predicate felony."

Finally, they argued the law violates the Eighth Amendment's prohibition against cruel and unusual punishment because it allows for the same sentence that would apply to a person convicted of intentional murder.

The Supreme Court gave no reason for its decision. The case was simply listed as one of dozens of cases the court declined to hear.

Rachel Kindstrand, one of Givens' attorneys from the appellate defender's office, said she was "deeply disappointed" in the Supreme Court's decision not to review the case. A spokeswoman for Illinois Attorney General Kwame Raoul did not immediately respond to a request for comment.

Meanwhile in the General Assembly, Sen. Robert Peters, a Chicago Democrat who serves on the Criminal Law Committee, introduced Senate Bill 2292 on Oct. 28, the first day of the just-completed veto session.

That would narrow the current law by requiring that the defendant or another participant in the underlying crime actually causes the death of another person.

In a statement at the time, Peters said his bill was an initiative of the group Restore Justice and is intended as a direct response to the incident in Lake County involving the five teenagers initially charged with another teen's death.

"Incarceration rates are disturbingly high as it is," Peters said in the statement. "These laws do nothing to improve safety in our community and are not an effective way to combat the unforgivable crowding of our jails and prisons. They are quite simply not a reflection of any sort of justice we should strive for as a society."

In an interview Nov. 25, Peters said he believes the law is too broad and allows prosecutors to "stack on" charges against defendants, often people of color who have to rely on a public defender to represent them.

"I think there's something we can do in Illinois to prevent (the law) from being applied so broadly," he said.

So far, neither bill has been referred to a substantive committee.