Elijah Lovejoy, martyr to freedom of the press

The 1830s were a volatile decade in the United States. Andrew Jackson, president until 1837, encouraged more rights for working class white males at the expense of the elite. Many Easterners moved to the Midwest. Various innovations led to a booming economy, which then busted in the Panic of 1837. Antislavery sentiment began to grow in parts of the North and came to be expressed more vocally, leading to proslavery pushback, including attempts to muzzle antislavery publications, sometimes by mob action.

Alton, Illinois, full of desire to become a major economic center, became instead the scene of notorious proslavery vigilante action in 1836-1837.

Elijah Parish Lovejoy, born to a Maine Congregational minister in 1802, was educated at what would become Colby College. In 1827 Elijah set out for the West by foot and boat, ending up in St. Louis. Here he taught in an academy for several years before buying a half interest in the Whig St. Louis Times in 1830. Two years later Lovejoy had a religious conversion during a revival and went back east to Princeton, where he studied for the Presbyterian ministry.

Returning to St. Louis, Lovejoy began a Presbyterian newspaper, the Observer, in November 1833. Although initially a standard denominational paper of the era, the Observer began to contain more and more antislavery material, as Lovejoy espoused the abolition cause. This upset some readers, but also irked many other men who had an interest in perpetuating slavery in Missouri and elsewhere. After opponents broke into and damaged his office, Lovejoy decided to move to Alton in July 1836. Surely in the "free" state of Illinois, Lovejoy could express his antislavery opinions.

He immediately discovered his error when his press, waiting on the Alton dock, was trashed and thrown into the Mississippi River before he even printed a page.

Lovejoy persevered against considerable opposition from leading townsmen, as well as drunken rowdies, refusing to moderate his opinions, omit discussion of the evils of slavery, or do anything that restricted freedom of the press. After nearly a year and a half of escalating confrontations, and the destruction of two more presses, Lovejoy was shot and killed on Nov. 7, 1837, while defending his fourth printing press. He was buried two days later – on what would have been his 35th birthday. 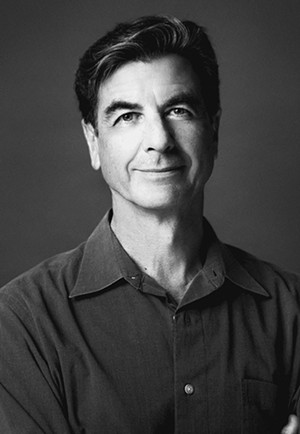 How and why the situation became so serious that it led to Lovejoy's murder is the subject of Ken Ellingwood's new book First to Fall: Elijah Lovejoy and the Fight for a Free Press in the Age of Slavery (New York: Pegasus Press, 2021, $27.95).

A journalist with many international postings for the Los Angeles Times, Ellingwood tells the Lovejoy story well, with detail and pacing that is often gripping. He is very good at ensuring that the reader has appropriate contextual detail, such as personal background on Lovejoy's supporters and foes, nuances and developments in the antislavery movement, and local and national economic concerns. Rather than overwhelming the reader with backstory in the beginning, Ellingwood introduces the context in flashbacks at the point where the information is necessary. In general this works well. However, when the story returns from the context to Lovejoy, it would have helped this reader to have had a few more dates to confirm the Lovejoy chronology.

While Ellingwood agrees with historical opinion that Lovejoy's martyrdom was a stimulus to the abolition movement, he believes that Lovejoy's death in defense of freedom of the press was even more important.

The late Illinois senator Paul Simon, from Troy near Alton, also wrote an account of the Lovejoy story, first published in 1964, when Simon was a state legislator, and revised in 1994 as Freedom's Champion – Elijah Lovejoy. Both Ellingwood's and Simon's books are designed for the general reader and tell a similar story of Lovejoy's trials, based on similar sources. Both pay appropriate attention to Lovejoy's faith-based attitudes and actions. Both acknowledge Lovejoy's courage, determination and general tactlessness in proclaiming his viewpoint.

The major difference between the two accounts is the straightforwardness of Simon's version and his focus on Lovejoy, with only brief and essential context. As a result, his book is half the length of Ellingwood's.

The other important difference between the two books is their conclusion about the effects of Lovejoy's martyrdom. Each author agrees that Lovejoy was a martyr to both the antislavery cause and to freedom of the press. Simon, although also a journalist himself, emphasizes the resulting antislavery movement growth. Ellingwood, as mentioned, focuses on Lovejoy's contribution to freedom of the press.

Lovejoy's viewpoint was unpopular because such an antislavery stand indeed threatened the slave economy. For Lovejoy himself, that determined, principled stand was a fatal one. Simon's book is no longer readily available. However, Ellingwood's account of Lovejoy's struggle is a worthy successor and a good read.