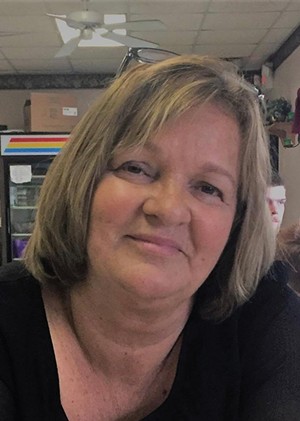 PHOTO BY DEAN OLSEN
Diane Runkel filed a lawsuit against the city alleging she was unfairly denied a promotion to purchasing agent in 2018 when the mayor instead promoted a Black candidate who had been working under her supervision.

The judges sent the cases of Diane Runkel, the city's former assistant purchasing agent, and Andrew Dunlevy, a former meter reader, back to U.S. District Court Judge Sue Myerscough in Springfield for further proceedings, which could include trials.

Judicial panels from the Chicago-based 7th U.S. Circuit Court of Appeals decided Oct. 18 in Runkel's case and Oct. 26 in Dunlevy's case that Myerscough erred in granting summary judgment requested by the city to dismiss the former employees' claims.

The appellate judges didn't rule on whether the mayor, who is white, discriminated against the former employees because of their race. But the judges said the workers met legal standards to avoid summary judgment dismissals of their cases.

John Baker, a Springfield lawyer representing Runkel, 65, and Dunlevy, 30, said he was pleased with the rulings because his clients believe race-based biases should not influence decisions in the workplace.

Runkel said she was denied a promotion to purchasing agent in 2018 after the departure of purchasing agent Sandy Robinson when Langfelder instead promoted a Black candidate, Kassandra Wilkin, 41, who had been working under Runkel's supervision.

Runkel, of Dawson, later sued the mayor and the city for allegedly violating her equal protection rights outlined in the 14th Amendment to the U.S. Constitution. Moreover, she said the city retaliated against her for filing a charge of race discrimination with the U.S. Equal Employment Opportunity Commission.

The two-judge appellate panel wrote that the city "has told two incompatible stories about both how and why Wilkin was chosen for promotion and Runkel was not. One of those versions even relies explicitly upon race as a factor in the decision."

Runkel told both the departing Robinson, who was Black, and Bill McCarty, the city's budget director, that she was interested in being promoted to purchasing agent, but Langfelder chose to promote Wilkin, according to the ruling.

Runkel became "very upset" after learning she wouldn't be promoted and made several remarks to McCarty on the phone that McCarty later termed "disappointing," the ruling said.

The judges noted that the city disciplined Runkel for saying "offensive or profane" things to McCarty, including that she believed Wilkin was being hired as purchasing agent because of her race.

After Runkel filed the charge with the EEOC, the city asked Runkel to sign an agreement that rescinded a pay raise she had been offered and made it easier to fire her in the future. Runkel signed the agreement but retired from her position in April 2018.

Runkel's pay rate at the time was $56,244 annually, according to city records. Wilkin's pay rate as the new purchasing agent was $79,365. Wilkin no longer works for the city.

The appellate judges said Runkel offered evidence from an interview with a State Journal-Register reporter that indicates Langfelder chose Wilkin at least partly because he wanted to appoint a Black person as purchasing agent "for political and/or policy reasons."

In the February 2019 SJ-R interview, the mayor "specifically cited his hiring of a Black woman (Wilkin) to the position of purchasing agent as an example of how his administration was 'moving toward reflecting the city's demographics,'" according to the ruling.

The city told the EEOC that Wilkin was selected for promotion because she was better-educated than Runkel, had more seniority, displayed greater professionalism on the job and because Runkel misbehaved after learning of Wilkin's appointment.

The appellate judges said the city's last stated reason for not promoting Runkel is "on its face an after-the-fact rationalization of the city's hiring decision. ... Runkel's later actions upon learning she would not be promoted could not possibly have been a reason for the city's earlier decision not to promote her."

The judges wrote it was "equally troubling" that Langfelder testified in a deposition that he "made the decision to promote Wilkin without ever comparing her to Runkel."

Dunlevy, a Springfield resident, sued the city for alleged race discrimination in 2019 after he was fired in August 2018 during a 12-month probationary period for inaccurately reporting readings on homeowners' water meters.

The appellate ruling said Myerscough ruled against Dunlevy because she "concluded that the conduct at issue was so different that the men were not similarly situated."

The appellate judges said they reversed Myerscough's ruling because "the district court drew too narrow a comparison: The two men were sufficiently similarly situated for Dunlevy to at least bring his claims to trial."

The ruling said all the supervisors who worked beneath the mayor "unanimously agreed that both men should be fired, and they presented this recommendation to the mayor." Supervisors also discovered that Murray lied on his employment application by failing to disclose a seven-year-old burglary conviction.

The judges said Langfelder contended he never met Dunlevy or Murray, so he didn't know their races before making his decision.

"But the city asks every job applicant to fill out self-identification forms, which includes a question about their ethnicity," the judges wrote. "These forms were part of their personnel files that the mayor reviewed. A jury could thus reasonably infer that Langfelder was aware of their races."

Dunlevy's pay rate in 2018 was $35,004 annually. He has since gotten a job as a correctional officer at the Illinois Department of Corrections, according to Baker.

Myerscough has been notified of the Court of Appeals rulings, but more hearings have yet to be scheduled in U.S. District Court for the two cases.

When asked to comment on the appellate rulings, Corporation Counsel Jim Zerkle said in a statement: "This is a normal part of the process. Both parties can ask the court to rule on a case without hearing testimony by reading the paperwork submitted by both parties. In these cases, the court wanted both parties to participate in a hearing. The city is confident that the evidence will show the actions taken through the personnel process were correct. One case involved hiring a new employee that had better qualifications than the plaintiff. The second case involved the discharge of an employee who caused inaccurate utility bills to be sent to CWLP customers."