Bill would require sexual assault kits to be sent for analysis

For victims of sexual assault, the pain and invasion of privacy doesn’t end with their attack.

These women endure the process because they believe the evidence will help track down and prosecute their attackers. Illinois Attorney General Lisa Madigan, however, says that this isn’t always the case.

Local police are responsible for transporting sexual assault kits from the hospital to one of the state police crime labs, and until now, decided whether or not to turn these kits over for testing. After advocacy groups like the Illinois Coalition Against Sexual Assault voiced concerns that police were leaving more kits in their squad cars and lockers than they were taking to labs, Madigan introduced a new bill that could make Illinois the first state to mandate the submission of sexual assault kits for testing.

“Standing in the shoes of the victim — she undergoes an extraordinarily invasive exam,” says Madigan’s Deputy Chief of Staff Cara Smith. “The paperwork she signs says it’s being submitted. But for whatever reason, it doesn’t get submitted. It’s time to turn the tide.”

The bill not only requires the state’s 1,200 law enforcement agencies to turn in evidence of sexual assault within 10 days of collecting it from the hospital, but also calls on those agencies to provide the Illinois State Police with a list of all untested kits in their possession.

Sexual assault kits aren’t turned in for a variety of reasons, Smith says, such as when police don’t believe they have enough evidence to pursue a case, or when they know the identity of the attacker.

Lyn Schollett, ICASA general counsel, adds that state officials don’t yet know how many sexual assault kits have gone untested. She points to one dramatic case involving the Harvey Police Department, where 300 untested sexual assault kits were found in 2007.

“We serve over 10,000 rape victims,” Schollett says, “and what we hear on a regular basis from rape crisis centers is that they are helping victims who can’t get an answer about where their evidence is or who say their case was never charged.”

According to the Human Rights Watch, an international watchdog organization that investigates issues relating to rape victims, early research shows that at least 4,000 sexual assault kits collected by Illinois police in the past 10 years still haven’t been tested.

Arlene Hall, commander of ISP’s eight crime labs, says that local law enforcement agencies must submit their inventory of untested sexual assault kits within 30 days after the new law goes into effect. ISP will use those lists to draft and submit a plan to the attorney general and general assembly by Feb. 15, 2011, that details how much time and money will be needed to handle open cases.

“We know this is going to be a big impact to the state police, but we also know that it’s the right thing to do,” Hall says. “We’re just trying to find ways to get this accomplished.”

The legislation, referred to as the Sexual Assault Evidence Submission Act, passed in the Senate on March 18, and now awaits action from the House. 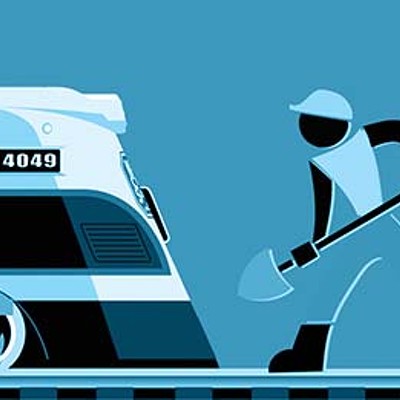