Ought religious freedom to exclude atheists? 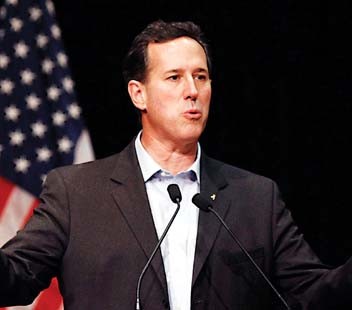 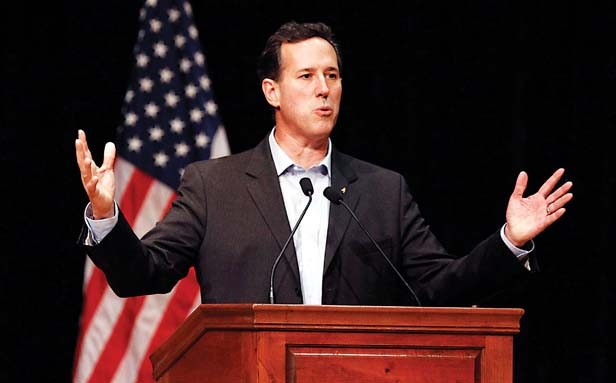 In February, the New York Times’ Timothy Egan nominated Roger Williams as the true founding father of America’s religious freedom. It was Williams who, in 1636, established a new colony at Providence to which he invited Jews, Quakers and unbelievers. These were the sort of people whose presence had offended the Massachusetts Puritans, who had the unneighborly habit of hanging anyone they regarded as a heretic.

It would be nice if our rightward-leaning Republicans, whose politics is at heart a nostalgia for an idealized past, yearned for a return to the Rhode Island of the 17th century. You might have read of Mr. Santorum’s reaction to JFK’s famous speech to national religious leaders in 1960. That earlier Roman Catholic candidate affirmed his belief in religious pluralism and argued against the domination of public life by officials of any one faith. Such sentiments, we learn, made the young Santorum “throw up” because, Santorum believed, Kennedy was arguing that as a result, “people of faith...have no role in the public sphere.”

People of faith have no role in the public sphere? In this country, only people of faith have a role in the public sphere. Public opinion sanctions what the people’s own Constitution debars, and imposes what amounts to a religious test for high public office. “Americans are more hostile toward the idea of an atheist presidential candidate than they are to a gay, adulterous, marijuana-using or utterly inexperienced candidate,” one Economist blogger reminded us the other day.

By some standards – well, mine anyway – Rick Santorum’s views on the separation of church and state disqualify him for high public office. Nonetheless, there is no bar to his running for one, nor should there be. Yet seven states (most in the South) still have laws on the books barring atheists from holding any public office. (North Carolina even bars them as witnesses in court.) These bans are practically moot, being vulnerable to constitutional challenge. But as expressions of a bone-deep cultural prejudice, they remain potent.

The reasons? Damned if I know. Surveys suggest that a weirdly large segment of the public distrusts atheists because atheists don’t fear punishment from any of the several gods worshiped by followers of any of the several one true religions. Presumably they thus feel themselves free to lie and fornicate and kill and do almost anything to their neighbors, save love them. Which sounds a lot like what believers get up to, but then I never got theology.

I have no doubt there are closeted atheists holding office everywhere; pretended piety is one of the first deceptions that a politicians must practice. Atheists who are honest and open about their lack of faith, alas, are anathema to American voters. Robert Ingersoll, Peoria’s “Great Church Disturber,” was a famous politician, lawyer and orator in the decades after the Civil War. The godless Ingersoll managed to be a dedicated and loving family man, a fast friend, a patriot and a brave soldier. Politically, he was what until recently would have been called a liberal Republican, a solid establishment type whose friends included most of the movers and shakers of the day.

It has been suggested that he also was one of the finest governors Illinois never had. In 1868 he lost his party’s nomination for the governorship at the state GOP convention – according to most accounts, because he disdained to restrain his public expression of his opinions on religion. As a result, he threw away his political career.

We could use an Ingersoll in Springfield today. You’ve seen or read about the Nativity scene that for the past few holiday seasons has been set up in the Statehouse rotunda. According to its sponsors, the point of the display “is to give honor to Our Lord and Savior ....[and] to encourage other Christian citizens throughout Illinois that the fundamental right to display religious symbols or icons in the public square is protected by the First Amendment of the U.S. Constitution.”

I would have thought the display was not a form of political speech but merely proselytizing, but what is sauce for the goose is sauce for the gander, or so one hopes. Yet in 2009, when an atheist organization, acting under that same constitutional dispensation, posted nearby a sign that read in part, “Religion is but myth and superstition that hardens hearts and enslaves minds,” Republican William J. Kelly tried to render the sign unreadable. He later sued the Illinois Secretary of State for allowing an atheist sign to be placed next to a nativity scene in the Capitol, arguing that it amounted to hate speech.

I have not read the suit, so I cannot say that Mr. Kelly is upset because what the sign says is untrue or because it is true. I hope he loses in any event. It is bad enough that good people are kept out of the offices of our government buildings because of the absurd prejudice against unbelievers. To keep them out of their corridors would be a little too-Taliban-y for comfort.