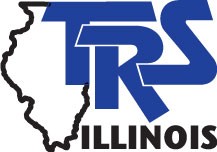 The state pension system for Illinois teachers spent nearly $700,000 on lawyers to investigate two top officials at Teachers' Retirement System, one who was fired in June and the other who resigned in August after being placed on administrative leave.

The figure comes from TRS's response to a Freedom of Information Act request from Illinois Times, which asked for billing records, personnel records and a copy of reports outlining any allegations of wrongdoing by Richard Ingram, former TRS executive director who resigned in August, and Jana Bergschneider, the pension system's chief financial officer, who was terminated by Ingram in July.

The nature of investigations conducted by two Chicago law firms isn't clear. TRS refused to turn over reports on any impropriety, proven or not, by either Bergschneider or Ingram. Bergschneider was hired last month as a fiscal officer by the state appellate defenders office at an annual salary of $120,000, which is $70,000 less than she earned at the teachers' pension system, according to records in the state comptroller's ofice. Reached by Illinois Times, she declined to answer questions about her new position or why she was hired for a state job despite being fired by TRS. Ingram could not be reached for comment.

The FBI has shown an interest in Ingram's departure from TRS. Seven days after his resignation, a Springfield-based special agent asked for a copy of a report on an investigation conducted by the Chicago law firm of King and Spalding, which TRS paid more than $577,000 between March and September to conduct the investigation that resulted in the executive director's resignation. It's not clear whether TRS turned over a report to the FBI. The agent declined comment. TRS in August would not say whether the investigation uncovered evidence of criminal activity, and it remains unclear why Ingram was placed on administrative leave by unanimous vote of the TRS board during a special board meeting convened days before his resignation.

The King and Spalding investigation into Ingram was headed by Zachary Fardon, former U.S. attorney for northern Illinois, who billed TRS $1,116 per hour of his time; Michael Johnston, a fellow partner in the firm, was paid $1,129 per hour. In addition to King and Spalding, TRS paid nearly $114,000 to the Chicago law firm of Elrod Friedman, also between March and September, according to records provided in response to the newspaper's request for bills paid to firms that investigated Ingram and Bergschneider. Ingram approved payments to Elrod Friedman until his departure from TRS, the records show, while King and Spalding sent bills directly to Devon Bruce, TRS board chairman.

In a July 2 letter to Bergschneider, Ingram wrote that she was being fired due to work performance and conduct related to the procurement process for the Gemini Project, a software overhaul aimed at modernizing the agency's pension administration system. The Gemini Project, which last March was expected to go live in January, now is undergoing review, according to a request for proposals issued last month by TRS.

In its request for proposals, TRS asked prospective bidders to evaluate the Gemini Project, which has been under construction for two years, and "conduct a high-level review, assessment and oversight." Bidders were told that the pension system, among other things, wanted to know whether the project was properly planned, whether "rigorous methodology" was followed and whether issues were being addressed in a timely manner.

With $53.4 billion in its investment portfolio, TRS is the state's largest pension system. As of the end of last year, the system was underfunded by 40%, but TRS paints a rosy picture on its website, saying that the pension system expects to break even on the fiscal year that ended June 30 and has a 40-year return of nine percent, higher than the target of seven percent.