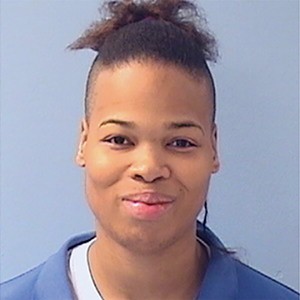 A transgender woman sent to Logan Correctional Center from a men's prison has faced rape accusations and remains at the women's prison in Lincoln after the governor's office reportedly overruled a move by corrections officials to return her to a men's facility.


More than one Logan inmate has reported being sexually assaulted by Janiah Monroe, known as Andre Patterson by the Illinois Department of Corrections, according to court documents. In a federal lawsuit aimed at forcing corrections officials to adequately treat gender dysphoria and improve care for transgender inmates, Dr. William Puga, head of psychiatry for the Department of Corrections, last year testified that Monroe wasn't welcomed when she was moved to Logan last spring.


"Dr. Puga received information that Monroe threatened staff and other inmates," U.S. District Court Judge Nancy Rosenstengel wrote in a December injunction ordering the Department of Corrections to provide hormones to transgender inmates and cease making housing assignments based on genitalia or physical appearance. "Women at the facility filed complaints against Monroe under the Prison Rape Elimination Act; some were false but many were legitimate." Puga also testified that Monroe stopped taking hormones after arriving at Logan.


A sexual misconduct charge against Monroe has been upheld. Alan Mills, her attorney, says it was a case of consensual sex. Other sexual assault allegations, he says, weren't proven.


"All I can tell you is none (of the accusations) have been found to be founded and all have been denied by her," Mills says. He adds that Monroe, who has a history of mutilating her genitals and has attempted to castrate herself, denies that she's stopped taking hormones. Monroe has requested surgery so that her body matches her gender identity.


On Feb. 10, a Logan inmate filed a Jane Doe lawsuit against several Logan prison employees, alleging that Monroe had raped her and that she was wrongly punished after reporting the assault to prison staff, who discounted it. Like the plaintiff, Monroe isn't identified by name in the lawsuit, but multiple sources confirmed that she is the person accused of rape.

The lawsuit came three days after U.S. District Court Judge Michael Mihm issued an injunction barring the Department of Corrections from moving Monroe to a men's prison without providing 14 days notice to the court and her lawyer and an explanation showing why a transfer is necessary.


The Department of Corrections tried to move Monroe out of Logan last June, about three months after she was moved to the women's prison from Pontiac Correctional Center, where she says she was sexually assaulted, harassed and abused by inmates and staff. In a written statement to the court, Monroe says that she was put in a van that made it to the prison gate before turning around. In her statement, Monroe says she was told that the governor's office stepped in to stop a transfer to Pontiac.


Rape allegations aside, Monroe's time at Logan hasn't been easy.

She's been housed in segregation for her own safety, according to court records. In October, she attempted suicide with a razor. Her injuries were serious enough that she was treated outside prison grounds.


Louis Meyer, attorney for the inmate who says that she was punished for reporting that she'd been raped by Monroe, said that the alleged assault occurred last summer, about a month after prison officials began transfer proceedings that were cut short. "It's going to come down to a jury sizing up the individuals and testing their credibility," Meyer said.


Shortly after the alleged assault, Glen Austin, then Logan Correctional Center warden, testified in a deposition that Monroe had told officials that she had no sexual interest in women. Mills said it's common for inmates, having no other opportunities, to have sex with other inmates even though they identify as heterosexual.


"Multiple tickets, serious infractions, previous PREA (Prison Rape Elimination Act) allegations, inappropriate sexual behavior and a confirmed investigation that substantiated sexual misconduct," Austin said in his July deposition. "Her actions here at the facility, I think with her history, to me it is very concerning."


The December injunction issued by Rosenstengel requires the Department of Corrections to develop policies to ensure that decisions about treating gender dysphoria are made by qualified medical professionals. The injunction also states that the department must allow inmates to obtain evaluations for gender dysphoria upon request and provide access to clothing and grooming products consistent with gender identities.


"The court recognizes that these changes will take time, but in light of the serious deficiencies in IDOC's treatment of transgender inmates, (the court) seeks assurance that progress is underway," Rosenstengel wrote. Concerned that the Department of Corrections wasn't taking transgender issues seriously, the judge ordered top prison officials named in the lawsuit to read the transcript of a two-day hearing that resulted in the injunction.


Mills said he doesn't think feelings about Monroe or other transgender people are uniform at Logan.


"I think you can't talk about everybody at Logan as a group any more than you can on the outside," Mills said. "Some people are extremely comfortable with transgender folks, some are not. The same is true with race. ... We have rules against discrimination within society. Discrimination based on sexual orientation is one of them."