Too much Bruce nearly dims Light 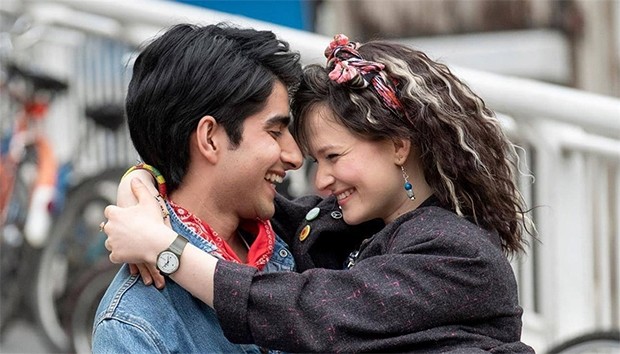 As a Bruce Springsteen fan, I was really looking forward to Gurinder Chadha’s Blinded by the Light, a film based on the life of writer Sarfraz Manzoor, who cites the musician’s work as a profound influence on his life.  Based on the Boss’s songs, which play throughout, the movie follows one young man’s journey towards independence, inspired by tunes like “Born to Run,” “Badlands” and “Hungry Heart,” to go out and make a life for himself.  It works…to a certain extent.  While there’s no questioning the sincerity behind the project – done with Springsteen’s blessing – there’s a bit of overkill at play here where our hero’s plight is concerned and a lack of balance in the way the film’s themes are addressed.

The premise is nearly identical to Chadha’s international hit Bend it Like Beckham, except the driving force that inspires our hero is music instead of soccer.  Javed (Viveik Kalra) is a young man who longs for something more than living in Luton on the outskirts of London.  Belonging to a Pakistani family, he’s expected to respect and do all that his father Malik (Kulvinder Ghir) tells him to do, even forking over his pay from his part-time job.  Eager for more, he attends a junior college in the hopes of getting good enough grades to go to a major university.  He likes to write and has dabbled with poetry but doesn’t realize the power of words until his mate Roops (Aaron Phagura), a fellow Pakistani, gives him Springsteen’s music to listen to. Transformed by the power of the lyrics, as well as the way they speak to his own situation as a young man stuck and frustrated by forces he can’t control, he decides to take his writing more seriously and pursue it as a career.  Thankfully, he has an encouraging teacher (Hayley Atwell) to help him along.

The pieces of the story mesh together effortlessly.  The music is initially woven into the film via scenes in which Javed listens to it on his Walkman and proves particularly powerful during a moment in which our hero stands in the rain on a desperate night, listening intently as Springsteen’s lyrics are projected on the building behind him. It’s a potent melding of narrative and music that’s all the more convincing due to Kalra’s conviction.

However, as the movie progresses, far too many moments are spent shoehorning in as many songs as possible.  While a scene in which Javed uses “Thunder Road” to express his  devotion to his girlfriend, Eliza (Nell Williams), captures a frothy, 1950s musical vibe, an extended sequence that finds the couple and Roops prancing all around town shouting lyrics from “Born to Run” simply doesn’t work. Bystanders dance and sing along awkwardly and the whole thing comes off as forced and unnecessary, bringing the movie to an absolute halt. Ultimately, far too many songs are used and the conceit that they are a reflection of all the young writer thinks becomes tiresome and a bit of a bore.

In the end, we come to realize Springsteen’s song “Independence Day,” about a son saying goodbye to his father, a man he feels he has nothing in the common with, is at the core of the movie.  Having lost his factory job after 16 years, Malik is bitter over his situation and cannot understand his son’s desire to embrace a foreign culture and pursue a career he sees no merit in.  Their moments of confrontation and a scene of their ultimate reconciliation prove poignant and powerful, capturing the essence of the songwriter’s work better than any other in the film. The father-son dynamic is what buoys Light and prevents it from completely fading away.