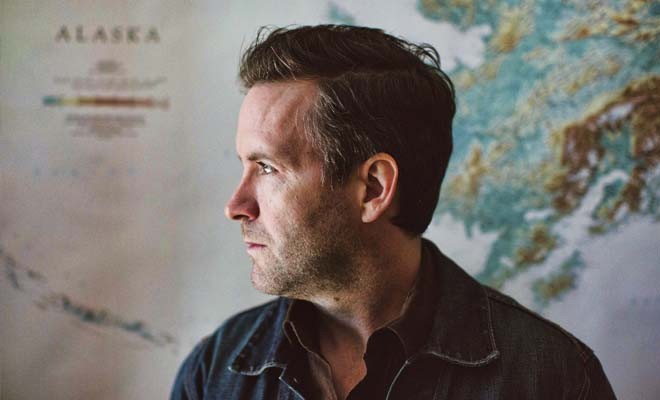 Nashville-based singer-songwriter, guitarist Tim Easton gets around. His 2013 itinerary included Europe, Japan, Alaska, Texas, the East Coast and now a nine day run through the Midwest. The acclaimed performer, writer, rocker and all around, talented musician calls east Nashville home, but as you can see, doesn’t get to spend a lot of time there. On this particular tour, Megan Palmer joins Easton on violin and keyboards, as he starts in Chicago and weaves through Minneapolis, Des Moines, St. Louis, Kansas City and the Springfields in Missouri and Illinois, then finishes with a flourish through Indy and Columbus, Ohio. His latest CD, Not Cool, hit the “Best of 2013” lists for many industry professionals. Born in New York state and raised in Akron, Ohio, Easton released his first solo album in 1998. He’s recorded several since, one using Wilco, sans Jeff Tweedy, as a backing band. His good nature and inspiring performances of brilliant original songs continues to win friends and fans wherever he goes. Josh Catalano opens.