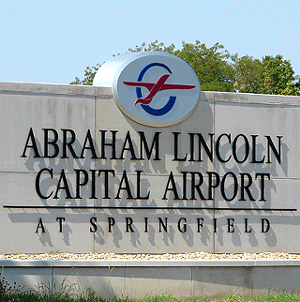 The Springfield Airport Authority board voted Tuesday to sue the city of Springfield over taxes that the airport says have been wrongly kept in municipal coffers since 2004.

After the 4-2 vote, Vala hung up on a reporter seeking details on the lawsuit and service cuts. In a Dec. 19 email, he criticized an Illinois Times story about the impending lawsuit.

"You made this sound like a political fight instead of a fight about what's right," Vala wrote. He also dismissed criticism from Mayor Jim Langfelder, who has said that Vala should be replaced and that the airport should have more flights. The airport, the chairman wrote, added flights to Arizona last month. "As far as airports, how many airports can report that they are adding new destinations," Vala wrote.

It's not clear when United will be cutting flights. While the airport hasn't received official notice, board member Mike Houston said that he believes the airline will eliminate one of two daily flights.

Prior to Tuesday's vote, Langfelder didn't deny that the city might owe money, but said that $808,995.38, a sum calculated by the airport, is excessive. He also asked how the airport can demand money from taxes collected 17 years ago.

"It was my understanding that everything was fine," Langfelder said. "I think there's a statute of limitations on some things. What took so long to get to this point?"

"I think there needs to be a change with the airport chairman," the mayor proclaimed at a 2020 Citizen's Club event.

The airport chairman has accused the mayor of fiscal incompetence. "I want the board to know that the decision to replace me was a political move by the mayor, and I would caution you to watch the airport money, because Langfelder in six years has taken a multimillion-dollar reserve and turned it into a large city government debt and will be looking to see how much airport money he can get his hands on to cover his management of city finances," Vala told the board after being unanimously elected to retain his position by fellow commissioners last year, according to meeting minutes posted on the airport website.

Vala, a Republican who founded a company that sells yard signs to candidates of any stripe, said he's insulted that anyone would ask whether his push to sue the city is rooted in politics.

"That's not even a fair question," said Vala, who's given more than $600,000 to candidates and causes since 1995. "Politics is politics, business is business."

The Federal Aviation Administration in a 2014 policy statement made rules clear: Any tax on aviation fuel above 1987 tax rates must be spent for airport purposes. Less than two months after the FAA published the policy, the airport, according to a legal analysis provided by airport manager Mark Hanna, sent a letter to the city: You owe us due to three tax increases between 2004 and 2013. "It is estimated that the city's obligation would have only been approximately $584,422 if the city addressed this issue at that time," reads the legal analysis prepared in October. According to the analysis, the FAA could withhold money from the airport if the city keeps revenue.

"I have presented motions to the board to sue the city I can't tell you how many times," Vala said last week. "I've always been voted down by the four who represent the mayor." The mayor appoints four members to the seven-member board. The Sangamon County Board chairman appoints the other three.

Minutes posted on the airport's website show no board votes on suing the city since July 2020, the furthest back that the airport posts board minutes. Houston last week said that he'd vote "yes" if asked to sue the city.

"As a member of the airport authority, my fiduciary responsibility is to the airport, so yes, I would," said Houston, whom Langfelder appointed in 2015. Houston, who didn't make it past the 2015 mayoral primary, said he doesn't recall seeing a 2014 letter from the airport demanding payment and suspects it languished in the city's legal department while he was mayor.

Houston voted "present" on Tuesday. Houston said that he wanted to hold off for 30 days and hear from an attorney before launching a lawsuit.

"When you're going to sue someone, it would be nice to go into executive session and discuss it with the lawyer who is going to represent you," Houston said.

Langfelder says he still believes that Houston should replace Vala as board chairman – the former mayor, he says, would bring more business to the airport. And he said that conversation is better than court.

This is an update of a story posted Dec. 18.