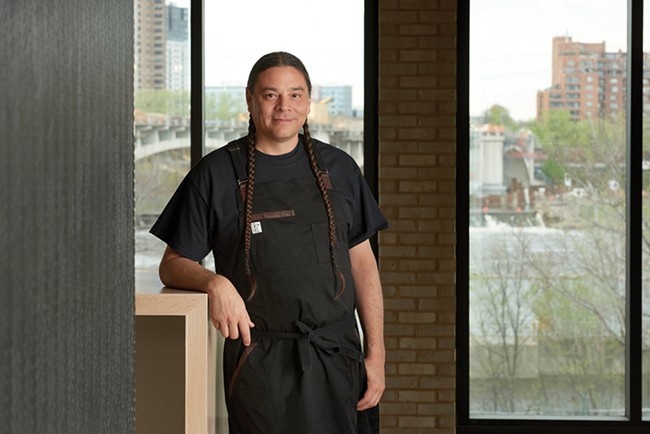 I know quite a bit about the cuisines of Western Europe, the Mediterranean and Southeast Asia. I've studied the celebrated food culture of the American South (which was predominately the culinary influence of enslaved Africans). But I realize that I know next to nothing about the food culture of the Indigenous people who inhabited North America before European colonization.

Grade school history lessons instilled in me a sense of pride that this opulent country of ours provided refuge and opportunities for immigrants. I thought that the plaque on the pedestal of the Statue of Liberty – "Give me your tired, your poor, your huddled masses" – was our national credo. Wonderful ethnic food can be found in the Chinatowns, and Polish, German and Irish neighborhoods of our cities. But sadly, the cuisine of the people whose land we colonized has never been embraced. Where do you go to find Indigenous American cuisine? Nowhere. Aside from the Mitsitam Native Food Cafe in the National Museum of the American Indian in Washington, D.C., restaurants serving Indigenous cuisine just haven't existed.

Sean Sherman, aka the Sioux Chef, has been on a mission to change all that. Sean is an Oglala Lakota Sioux chef who was born in the Pine Ridge Indian Reservation in South Dakota. He didn't grow up eating foods made from Indigenous ingredients. He grew up eating the commodity foods – such as cereal, canned meats and shortening – that the government had been providing to the reservations since the 1930s. This program wasn't necessarily intended to be nutritious; it was created as a way of helping farmers by utilizing agricultural surplus. These were high glycemic foods: high in salt, sugars and bad fats, resulting in high incidences of type 2 diabetes, obesity, heart disease and a life expectancy 5 ½ years less than all other racial groups combined. It has been said that frybread, the calorie-rich deep-fried dough bread that is the mainstay of the reservation diet, has killed more Indians than the U.S. government. Obesity and tooth decay did not exist among the Indigenous people of North America until colonial ingredients were introduced.

Sean Sherman moved to Minneapolis in his early 20s and began working in restaurants. By age 29, he had risen to the level of an executive chef. But the long hours and intense pressure led to burnout so he took a year off and headed to Mexico. He ended up living in a remote jungle area among people who had been able to hold onto much of their pre-colonial food culture. "In an epiphany, I tasted how food weaves people together, connects families through generations, is a life force of identity and social culture." This started him on a journey to discover his own food heritage.

Colonization and Western education erased so much of Indigenous knowledge. In the late 1800s, the U.S. government began placing Native American children in boarding schools, teaching them English and indoctrinating them in Christian beliefs. The boarding schools essentially wiped out all knowledge of their cultural heritage.

Sean began traveling to tribal communities around the country learning what he could about their food traditions. He learned about the native plants that were a source of food and medicine for his ancestors, and "reconnecting with the earth around us, getting to know the plants, not being lazy and calling everything a weed if you don't know what it is." This exploration culminated in creation of The Indigenous Food Lab, his commissary and training center, dedicated to "reclaiming indigenous foodways and relearning generational knowledge."

In an interview with National Geographic, Sean stated: "Why isn't the original indigenous diet all the rage today? It's hyperlocal, ultra-seasonal, uber-healthy: no processed foods, no sugar, no wheat (or gluten), no dairy, no high-cholesterol animal products. It's naturally low-glycemic, high-protein, low-salt, plant-based with lots of grains, seeds and nuts."

At Owamni I enjoyed dishes that were modern preparations of Indigenous ingredients. Bison was featured prominently on the menu. At one time an estimated 60 million bison roamed the American countryside. Now the number is around 500,000. Bison meat is gaining in popularity because of its significant health benefits as compared to other meat sources. It has a low fat content which tends to give it a drier texture. Braising is a good way to achieve tenderness.

Put the dried mushrooms in a small bowl and pour the boiling water over them. Soak for about 20 minutes until softened. Drain and reserve the soaking liquid. Chop the mushrooms and set aside.

In a large, heavy pot, heat the sunflower oil over medium-high heat and brown the meat pieces in batches, seasoning with salt and juniper. Be careful not to crowd the pan. Cook each batch for about 10 to 15 minutes. Remove the browned meat to a platter.

Reduce the heat and add the onions, mushrooms, oregano and sumac, and sauté until the onion is soft and the mushrooms release some of their liquid, about 3 to 5 minutes. Stir in the chopped, reconstituted wild mushrooms and the soaking liquid and the stock, stirring to dislodge any brown bits that stick to the pan.

Return the meat to the pot, bring to a simmer and cook, partially covered, until the meat is fork tender, about 2 hours. Taste and adjust the seasonings. Remove from the heat and let sit a few minutes before serving.

Juniper: The Indigenous pantry relies on the peppery astringent notes of juniper to do the work of pepper. It's easy to find in backyards and the edges of playing fields and parks. Fresh or dried, it's best crushed before adding. Note that the flavor is quite strong. If you can't find juniper, substitute black pepper.

Sumac: The lemony notes of staghorn sumac spark braised meats. Sumac is available in the spice aisles of many supermarkets, co-ops and specialty stores. If you can't find sumac, substitute lemon juice.

Peter Glatz lives and travels around the country in a converted school bus studying traditional foodways. 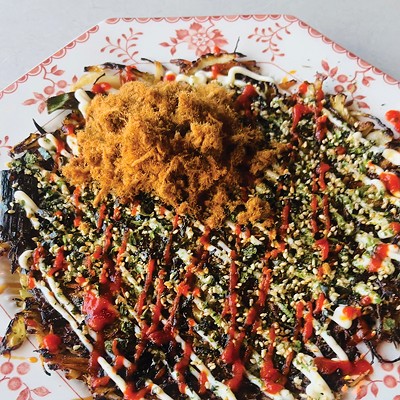