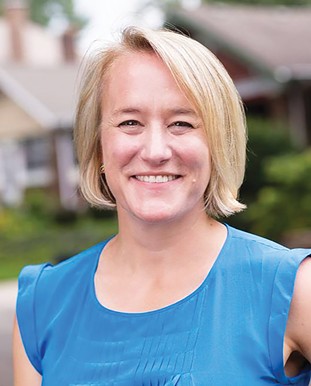 Upon passing the final map last year, the St. Louis Post-Dispatch reported Illinois Democrats defended their gerrymandering by saying their redistricting ensures minorities and other Illinois residents have an equal voice in government.

The Illinois 13th Congressional District is a narrow, squiggly district representing seven downstate Illinois counties. Six counties are each split up between two or more congressional districts. The 13th contains only one whole county – the mostly rural Macoupin County.

Illinois mapmakers did not limit themselves to only carving up townships, cities and counties. They split up precincts as well.

Precincts are the smallest reportable election unit. There are 74 split-up precincts out of the new 13th District's 662 total precincts. So, measuring Democratic election performance will not be precise until after voters cast their ballots in the coming 2022 primary and general elections.

It is unclear what the new Democratic performance will be in 2022. Especially since most political commentators are predicting, not an "average election," but a GOP 2020 landslide in the coming off-year November election.

But one statistic is clear. According to available 2020 census data, minorities in the new 13th District make up 32% of the population, with Blacks contributing about 20 percentage points. Establishment Democrats drew the previous congressional map, as well. The old 13th District contained only 19% minorities, with Blacks making up about 12%.

It's obvious that Democratic mapmakers drew the new 13th District to favor electing a Democratic congressional member by carving out rural communities, while carving in minority communities, and thereby, increasing minority proportionality by over 50 percent. Blacks in the newly drawn congressional district nearly doubled their representation when compared with the old 13th District.

The mystery candidate is Nikki Budzinski. She comes from a well-respected, politically active Peoria family. The Illinois 17th Congressional District includes Peoria. And, the Peoria-based 17th District is also an open seat without an incumbent congressional member running. The 17th is rated favorably for a Democratic candidate.

So, why isn't Budzinski running for Congress from her Peoria hometown 17th District? Actually, CapitolFax.com reported last November that Budzinski "voted in Chicago for each of the last five elections."

After the 2022 election, even with Chicago Democrats drawing gerrymandered maps, downstate Illinois could very well end up without a single Democratic congressional member.