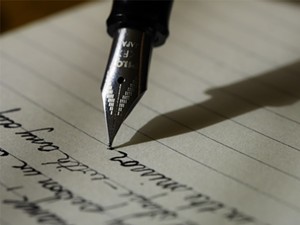 I called the bank last week to inquire about a check I had written.

When I asked the person on the phone if he could look it up in his system, he read back the correct amount of the check. But I had several checks written for similar amounts, so I double-checked by asking him who the check was made out to.

The young man said he had never been taught to read cursive. So, he couldn't tell me. I was completely flummoxed.

I've been writing and reading cursive since I was 8. I thought perhaps this 20-something is just an outlier. Then I inquired of friends and was told that no, this is a common predicament.

A friend who teaches high school in LaSalle County said she often has to read aloud her comments written on students' papers because they can't read cursive.

My cousin, Steve, took a test at work and had it handed back to him because the millennial administering the test only knew how to read block letters.

In a world increasingly consisting of typed electronic communication, it seems young professionals are seeing fewer loops and curlicues on their letters.

My three daughters, ages 11 to 16, were taught cursive and can read it well. But a school secretary said sometimes other students will bring her lists of spelling words written by a parent and ask her to translate them into block letters.

But there is something sad about a youngster being unable to read a birthday card from Grandma or the Declaration of Independence in Thomas Jefferson's hand.

Well, back in 2017, an Illinois state representative by the name of Chris Welch, D-Hillside, successfully sponsored legislation to require Illinois schools to teach cursive. Today, Welch is speaker of the House, and even his webpage has his name in script.

There is something evocative about seeing someone's handwriting. After all, every signature is distinctive and says a little bit about the person who penned it.

I was thinking about this awhile back when I was opening up a road atlas in my truck and two loose sheets of paper fell out with my father's handwriting scrawled across them. Dad has been gone seven years now, but seeing his handwriting brought tears to my eyes.

The sheets of paper were just directions he had written on how to get from one place to another. But to me, they were a roadmap back in time.

There was nothing pretty or neat about my dad's script. It scrawled across the page without any uniformity. It reflected his personality. Always thinking big, leaving the details to figure out later. (My mother insisted that my father and I had nearly identical handwriting.)

On the other hand, I came across an envelope in my desk drawer with my name written in my mother's hand. The script is precise, flawless. I imagined when she was a nurse, doctors enjoyed reading her charts in her ever-perfect handwriting.

Stuck in the envelope was a $2 bill issued in 1976 on the day the U.S. government allowed the note to first be circulated. I was 11 at the time. I remember my mom getting the $2 bill at the bank and then sticking it in an envelope for safekeeping until I was older and could appreciate it.

Today, I treasure the envelope with my name in her hand, far more than the unique greenback inside.

Some see cursive as an obsolete form of communication. I see it as a language linking the present with the past.

My college professors wrote in cursive on blackboards. I can still picture some of the wisdom they shared in their distinctive handwriting.

I love to thumb through the family Bibles I inherited from my parents and grandparents and see their handwriting in the margins. They're like inadvertent messages to future generations of what deep thoughts they pondered as they read scripture.

So, is there a future for cursive? I really can't tell you. But it seems to be viewed as an anachronism by younger generations.

If nothing else, someday in the distant future in nursing homes we'll be able to pass notes among ourselves without worrying about the staff having any idea what we are saying. It will be like reading hieroglyphics from another era.

Choosing which laws to enforce 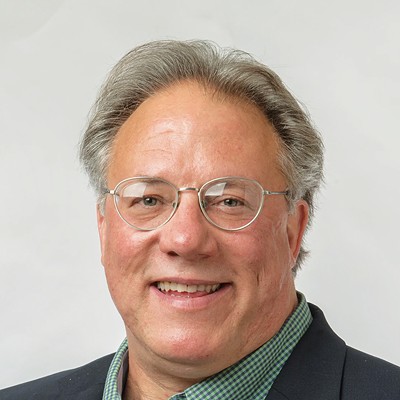 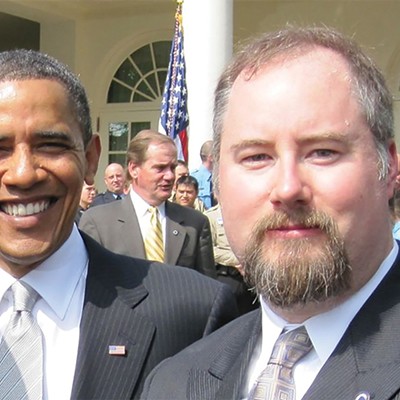