As I sat in the barber's chair Friday, an old man came up to me and extended his hand and introduced himself.

As the fellow left the shop, my barber said it was nice of him to introduce himself.

I nodded and explained I've known him for more than 20 years. And it is the sixth or seventh time in the last two years that he has introduced himself to me.

He was once a man of influence and power. Supplicants came to his office daily asking for favors. If one looked up the word "shrewd" in the dictionary, I swear his mug would run beside it.

Today, when he extends his hand, I smile, look him in the eye, repeat my name and tell him it's nice to meet him.

I don't correct him. I don't remind him of the times I've interviewed him for stories or try to nudge his memory by naming mutual friends. I just smile and say, "It's nice to meet you."

The encounter brought back sad memories of visiting my maternal grandmother in a Rushville nursing home. She looked at me blankly. Her blue eyes traced my face. Finally, she said, "Who are you?"

I said, "I'm your youngest grandson, Scott." She shook her head and said, "I don't have a grandson named Scott." Oh, yes you do.

I tried to remind her of things we had done together over the previous 38 years. She eyed me suspiciously, as if I were a con man trying to trick her into believing the preposterous.

Before she entered the nursing home, she'd wander the house and complain to my aunt, "Daddy didn't come home again last night." My aunt Barb would take her to the bedroom closet and open the door.

She'd say, "Look, Daddy's clothes aren't in the closet. He died 20 years ago." She gave my saintly aunt the same look of suspicion that she gave me when I insisted that I was her grandson.

It was clear that Grandma was worried about her husband of 49 years and 364 days stepping out on her – even 20 years after his death.

Being over 50 puts me in that spot in life where when I get together with friends we talk about our children's accomplishments and our parents' frailties.

I lost my mother in 2013 and my father two years later. During his final two years, his memory began to slip. He'd get lost driving home from church.

When a family member's cat was injured by a wild animal, my dad, the retired veterinarian, jumped into action. Despite the dementia, he remembered a normal feline temperature, just what antibiotic dosage to give and how to bandage up its wounds.

But he couldn't remember to stick checks in the mail or whether a close friend, who had died the year before, was still alive.

In 2015, my family took him on a road trip to see the mountains of Colorado and California.

As we would drive by miles of pastureland, he'd comment on how there were more Angus cows than Herefords grazing. We'd then talk about his clients who raised cattle and the merits of different breeds.

My wife, who was driving, could nod her head to the anticipated beat of the conversation.

The week after we returned from that trip, Dad had trouble breathing and visited a free-standing clinic. They sent him home that Saturday night.

He called me later and said clinic staff had called; they had found something on his chest X-ray. He said they told him he needed to see his primary care physician first thing Monday morning.

He asked me to remind him to make that call Monday. I told him I would.

Sadly, I didn't get to give that reminder. He was found dead on the floor of his home Sunday morning. I don't know how my father died. After his death, the clinic refused to give me his X-ray or medical records, even after I had received clearance from the corporate headquarters and had driven two hours to pick them up.

The reporter in me wants to scream, "coverup."

But there may be other explanations.

I'm left wondering if whatever was detected that night killed him? Or if he wasn't hospitalized because his dementia made his life seem more dispensable in the eyes of clinic staff? And for the life of me, why on earth would a medical office leave an important message with someone with dementia rather than their next of kin?

Those are questions I'll never have answers to. But they are common ones asked by family members of those caring for parents with dementia.

When a patient can no longer advocate for themselves, do they just fall through the cracks? 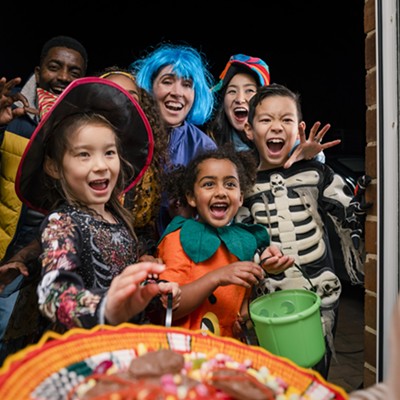