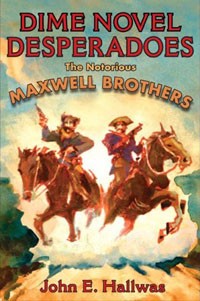 Everybody knows of the exploits of outlaws Frank and Jesse James, but who remembers Ed and Lon Maxwell, two Illinoisans who captured the nation's attention in the early 1880s? The brothers graduated from petty theft to stealing horses to murder, and made national headlines as they eluded capture for months. The law finally caught up with Ed, the elder brother; Lon escaped and never resurfaced.

Like the James brothers, the Maxwells were transformed in popular culture from reviled cold-blooded killers to daring desperadoes in popular dime novels. Then, unlike the James gang, they were mostly forgotten — until now.

John E. Hallwas, a distinguished professor emeritus at Western Illinois University, is just out (Aug. 25) with Dime Novel Desperadoes, a gripping, richly detailed account of the rise and fall of the Maxwell brothers that offers more, much more, than just their story. He weaves a rich description of frontier life in Illinois and of the political and social attitudes that shaped these young men. He offers no apology for their violence but suffuses their story with enough gray to forestall snap judgments.

In fact, it's the violence of that time that leaves the most indelible impression on the reader. Grinding poverty and hardship were staples of the frontier experience, and those who had property and status were always on guard against those who didn't. In McDonough County, where Ed and Lon spent their formative years, it was common for a landless worker to be murdered for the slightest provocation and for a jury to acquit if the killer simply asserted that he had acted in self-defense. Hallwas does a compelling job of showing the bizarre qualities of 19th-century Illinois frontier law — "assault with intent to kill," 30 days in jail; "larceny of a horse," three years in the penitentiary — that certainly fed the belief that a poor man couldn't get justice. (Some things never change.)

Perhaps most interesting, Ed's criminal escapades appear to have started in earnest when his father served in the Union Army. The $27 bounty David Maxwell received for enlisting only went so far, and 9-year-old Ed had to help support his mother and three younger siblings. He hunted and, Hallwas suggests, probably started stealing from neighboring farms to help keep food on the table. Hallwas' description of the deep suffering that soldiers' families endured helps explain why there was so much antipathy toward the war and Lincoln and why hundreds of Illinoisans would harbor deserters.

I've never been much of a fan of Westerns — the closest I came was playing cowboys and Indians as a kid — and true-crime tales don't intrigue me. But Dime Novel Desperadoes transcends those genres. It's a gritty and entertaining look at a unique time that still shapes our attitudes about crime, justice, and what it means to be free. 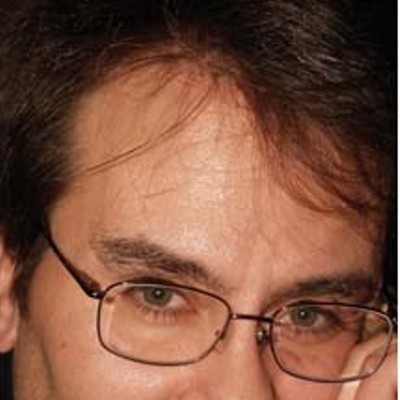 The Constitution wins, by one vote