The family behind the Blackhawks 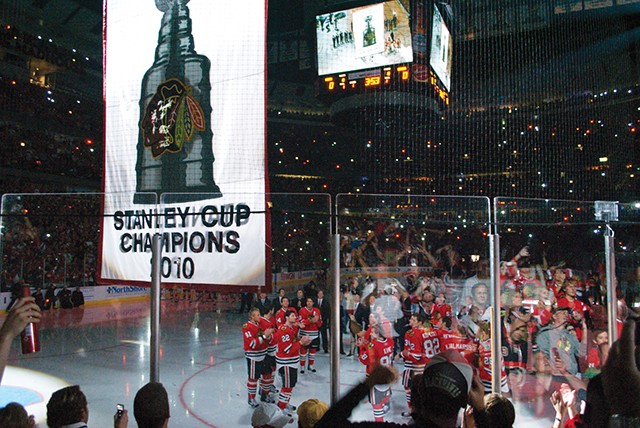 THE BREAKAWAY: The Inside Story of the Wirtz Family Business and the Chicago Blackhawks, by Bryan Smith. Northwestern University Press, 2018.

To be a fan of a Chicago professional sports team is to prepare for a life of heartbreak. Cub and Sox fans have each experienced only one World Series victory in the past half-century: Bear fans have championships in 1985 and 1963. Yes, we have the Bulls and their lengthy championship run in the 1990s but that success only seemed to make the failures of the other franchises more painful. And since the retirement of Michael Jordan, the Bulls have become another Chicago heartbreak.

Then there are the Chicago Blackhawks. In the second half of the 20th century the Blackhawks hoisted one Stanley Cup, winning in 1961. Unwilling to pay him a decent salary, they lost their greatest player, Bobby Hull, to a fledgling hockey league. They struggled for decades under the tyrannical rule of Bill Wirtz, so despised by Chicago fans that upon his death, when a moment of silence was requested at Chicago Stadium, fans booed. In 2007, they were declared by ESPN to be the worst franchise in professional sports.

But Wirtz’s death brought about a Blackhawk revival. His son, Rocky, took control of the team and brought it to a level of success unlike any other in the city. Watching a Blackhawk game is a true fan experience. And the Hawks became a winner, three Stanley Cup championships in six years. Fortune magazine called it the greatest turnaround in sports business history. THE BREAKAWAY: The Inside Story of the Wirtz Family Business and the Chicago Blackhawks by Bryan Smith tells the story of how the team succeeded and how Rocky Wirtz turned the franchise around. The story is fascinating, as the family-operated sports franchise found itself facing intra-family disputes and Shakespearean intrigue.

Smith writes in a breezy style, refusing to become bogged down in the tiny details that can make biographies dull and ponderous. He covers events in short chapters beginning with the family patriarch, Arthur Wirtz, and his business partnerships with James Norris. The two men were real estate investors whose first purchase was a stadium in Detroit. As part of the purchase the owners threw in a hockey team that would become the Detroit Red Wings. In 1935, the Wirtz-Norris partnership took control of what was the largest indoor stadium in the world, Chicago Stadium. It had 8,000 more seats than Madison Square Garden, hosting championship boxing matches and, because of inclement weather, one NFL championship game.

The Chicago Blackhawks were a tenant in the stadium and Jim Norris wanted them to become something more. For years he sought to buy the team, finally accomplishing that goal in 1945. Because he also had an ownership interest in the Red Wings, Norris established a syndicate of de facto owners for the team. But he was silently active in running the Blackhawks.

Eventually the Wirtz family assumed control of the franchise. A family hierarchy was established, providing that the oldest male heir would succeed to leadership of the team upon the death of his father. Arthur Wirtz passed it to Bill, who was not ready to become a modern-day sports franchise owner. He spent money reluctantly, feuded with the local press and stubbornly refused to televise home games. While the team had some success, making three Cup finals, it lost each final. The Hawks failed to win a Stanley Cup for five decades. A new stadium, the United Center, was constructed but attendance still declined. Many nights fewer than 10,000 fans were in attendance. Empty seats outnumbered spectators. The team hit rock bottom. Then Bill Wirtz died.

Wirtz’s death triggered a family battle over who would take the reins of the Hawks. Rocky’s younger brother, Peter, hoped to break the chain of the oldest child taking control but Rocky went to work immediately. He chose to break many traditions that fans viewed as archaic and destructive. Even though it was midseason, Rocky moved immediately to begin televising Blackhawk home games. He hired John McDonough away from the Cubs and instituted a full-ice press to return former stars Bobby Hull, Stan Mikita and Tony Espositio to honored spots in the organization. He hired a new coach and added talented players to the roster. Three Stanley Cups were the result of his effort. A moribund franchise is now one of hockey’s models.

The Hawks are back and the stadium is filled for every game. Yes, they missed the playoffs last season and Nov. 6 they fired coach Joel Quenneville, the most successful coach in their history. But their fans fill stadiums from Nashville to Las Vegas to support their team on the road. In some visiting stadiums Blackhawk jerseys outnumber those of the home team. It is a true sports success story and Bryan Smith has done an admirable job telling us how it was accomplished.

Stuart Shiffman is a frequent contributor to the book section of Illinois Times. He saw his first Blackhawk game in Chicago Stadium in 1955.