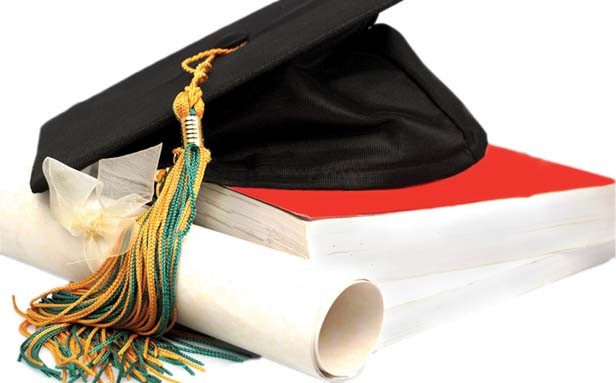 I know only two lawyer jokes. One is Rod Blagojevich. The other one is this: In a nation that already has more lawyers per capita than any other nation on earth, U.S. law schools are churning out many more lawyers than the economy needs. A consulting company that specializes in such things recently compared the number of people who passed the bar exam in each state in 2009 to the estimated annual job openings for lawyers in those states. Nationwide, twice as many people passed the bar (more than 53,000) as there were job openings (26,000). Illinois produced nearly 1,700 more lawyers than the market had room for – one of the biggest surpluses in the country.

What does LL.D stand for? Lots of luck, dude.

Such numbers ought to be taken with a grain of salt, and perhaps a dash of mustard too. A lot of Illinois-trained lawyers get jobs in other states – recruiters are drawn to the several excellent law schools in Illinois – and lots of the people who will find work in Illinois will have been trained elsewhere. Even so, the numbers raise an interesting question. Does our university system as constituted do a good job of giving the nation the workers it needs to run an advanced consumer economy?

The answer is, Are you kidding? Garrison Keillor has made a good living making jokes about English majors who never find work in that field and about arts administration majors who do. As for lawyers, the most ambitious succeed as lawyers, but the rest seem just as likely to end up as craft weavers or brewmasters or Montessori teachers – or, as in Illinois, as politicians. Of course the nation needs craft weavers and brewmasters and Montessori teachers too, and arguably needs them more than it needs lawyers or politicians, but sending them to expensive law schools seems anything but an efficient way to prepare them.

Some economists reply, So what? They argue that getting a degree, any degree, is worth more in terms of increased lifetime earnings than it costs to get one. A recent study by two Georgetown U professors suggests that college has big benefits even in many fields where a degree is not crucial. Construction workers, police officers, plumbers, retail salespeople and secretaries who have a degree (including law degrees) are among the many workers who make significantly more money over their lifetimes than their colleagues doing the same work without one.

The assumption is general that this earnings premium owes to the generic skills mastered in college, which can be profitably applied to any trade. I wonder. A different study – this one by a professor of sociology and education at NYU and an assistant sociology prof at the University of Virginia – concluded that, for a large proportion of college students, the gains they make in critical thinking, complex reasoning and written communication while in college are either “exceedingly small or empirically nonexistent.”

David Leonhardt, the economics blogger at the New York Times, is one observer who does grasp that college education per se is only a small part of success in any field. As he put it, “the general skills that colleges teach, like discipline and persistence, may be more important than academics anyway.” But discipline and persistence aren’t skills, they are personality traits. Discipline and persistence are what gets kids college through college, not something they learn when they get there. College grads earn more for the same reasons they went to college – they are ambitious, able to conceive and plan for their future and relatively sophisticated about the rituals of interviewing and salary negotiation.

Employers pay a premium to hire a degree-holder not because the degree is proof of competence. Rather, it certifies that the holder is compliant in the face of authority, is able to swallow meaningless facts about subjects she knows nothing about and spit them out again on command, can master arcane skills and complete pointless tasks on time – in short that she has proved herself to be prime clay for the corporate mold.

For real work, however, college is arguably not the best, and certainly not the most affordable way for every young person to prepare, especially if that young person is inventive or eccentrically talented. (It is no accident that so many innovative firms throughout our proud industrial history have been founded and run by college dropouts.) We have no data that might show how investments in university educations pay off compared to investments in, say, first-rate technical schools a la Germany’s, or private corporate management academies, or apprenticeship programs because the latter scarcely exist in this country. You don’t have to have a college degree to see that maybe it’s time they did.