The cantaloupe and I

How a skeptic became a melon head 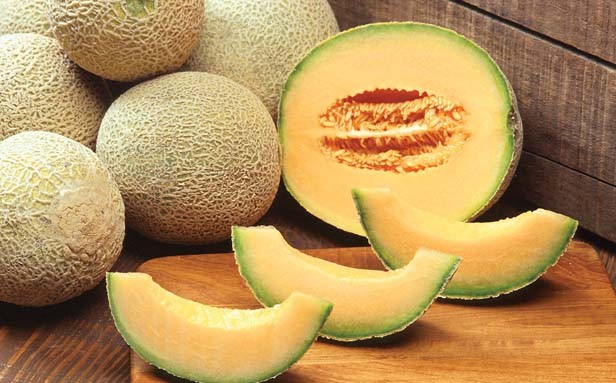 The French are happy to explain, whether you want to know or not, about terroir, the peculiarities of geography, geology and climate of a certain place that impart to plants such as wine grapes their particular character. The way we spell “terroir” in the Illinois River melon country is s-a-n-d. You can’t grow anything worth a federal subsidy in it but sandy soils are a gift to the growers of Christmas trees, pumpkins and melons.

Especially melons. As a boy I spent many summer weekends visiting the relatives in Cass County. I got used to the sight of fields festooned with ripening melons but I never dared to taste one. As a boy I was, in intellectual terms, a budding Republican. I thought I had everything figured out. All phenomena were placed in tidy categories, a place for everything – and everyone – and everything and everyone in its place.  I refused to swallow anything I didn’t understand. (Republicans have the same problem with Obamacare.) And I didn’t understand cantaloupe.

For one thing, it doesn’t grow from the ground like a cornstalk or a cherry tree does, but on it, right out in the open. Each time I saw hundreds of fully-formed-but-not-yet-ripe melons lying about an unfenced field along the Arenzville Road, I thought to myself, “Somebody’d better put those back where they came from.”

As I got older my confusion deepened. The plant fits comfortably into no category. People dispute whether it is a fruit or a vegetable. The name commonly used to describe it in this country in fact is that of a European melon. The way we use that name is grammatically eccentric. (Most people eat oranges and apples, but not cantaloupes.) It smells and tastes like fruit, yet many Beardstonians season it with salt – like demanding 60 votes to pass a bill in the Senate, a perverse custom of Southern origin.

Well, one lives and learns. My Beardstown grandmother used to confound me by referring to these orange melons as muskmelons. I assumed she had it wrong, not having yet learned that grandmothers are infallible on any topic other than their grandsons. I now know that no true cantaloupes are actually grown commercially in the United States; what we call cantaloupe are in fact muskmelons, a botanical cousin. (The USDA has opted for what is acceptable rather than what is accurate and uses the terms interchangeably.)

The name of the fruit, while French, is derived from the Italian Cantalupo, a papal estate near Rome. That’s where that plant supposedly was first cultivated in Europe after its introduction from Persia and Anatolia, which we know (less musically) as  Iran and Turkey. I grew up hearing it called “cant-a-lope” and say it that way still, but I have since learned that the Brits pronounce the word “cant-a-loop.” As for the French, well, the French can hardly be said to pronounce it at all.

As for the fruit-or-vegetable debate: It’s the botanical equivalent of Democrat and Republican. The distinction is essentially rhetorical. You say “to-may-to” and I say “to-mah-to,” you say “deficit reduction” and I say “cutting the safety net” – if cantaloupe tastes like fruit, smells like fruit and is eaten as if it were fruit, it’s fruit.

Botanically, Beardstown’s melons are pretty much the same as those grown in California on farms the size of Cass County. They taste better than those supermarket melons because they are fresher, not because they are “better.” But even a Beardstown pedigree is no guarantee of perfection. (I am the living proof of that.) Melons vary from season to season (because of weather) and to a lesser extent from variety to variety. It is said that the flavor varies even within each melon, that being shined on by the sun makes one side of it sweeter than the other. I dismissed that assertion for years; the sun hadn’t had that effect on my California relatives. However, it really does work for cantaloupe.

How do I know? Because after 50-odd years I have changed my mind about Patsy Cline, about stimulus spending when up against the zero bound and about cantaloupe. Cucumis melo now enjoys an honored place at my breakfast table, even in the times of year when Beardstown fields are empty. (I look more favorably on Guatemala than God does because farmers there can grow melons during the winter.) A Cass County melon field this time of year will not be confused with, say, a Hawaiian pineapple plantation or a California orange grove. But to a melon head, it is postcard pretty.