Cottage replica to be just south of national historic site 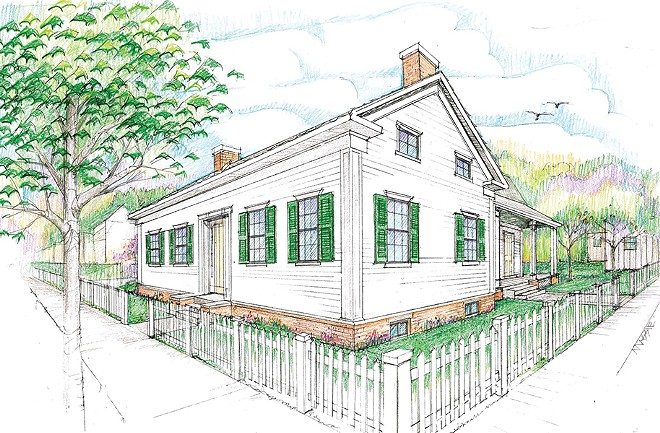 The replica of the Lincolns’ 1,200-square-foot cottage will give a true sense of the family’s home life during their first 12 years in Springfield.


The original cottage where Abraham Lincoln and his family lived before it was expanded into what we now call the Lincoln Home will be reconstructed and opened to visitors under an initiative announced today by The Abraham Lincoln Association.

The association has launched a $400,000 fund drive to acquire land in the 600 block of Eighth Street between Edwards and Cook and to design, construct, landscape and furnish an accurate replica there of the original one-and-a-half-story, six-room Lincoln family dwelling.

"It would be ideal to have a replica of the cottage that existed before it was expanded into a two-story house to give people an idea of what life was like in the Lincoln home for 12 years before it became a major house which they lived in for five years," said Michael Burlingame, president of the association. "The emotional insight you gain by being in a space, not just reading about it or seeing a little model of it, gives you an appreciation of what life was really like in those conditions."

Floyd Mansberger, the owner of the lot on which the cottage is to be reconstructed, has sold an option-to-buy to the association. The parcel is currently a parking lot approximately the same size as the lot occupied by the Lincoln Home, and will be a short walk from the National Park Service-administered Lincoln Neighborhood, the southern boundary of which is Edwards Street.

Burlingame said the National Park Service has long considered it desirable to expand the Lincoln Home National Historic Site boundary south of its current location. Because of this, the Lincoln Association hopes the Park Service will maintain and manage the cottage as they do the Dean and Arnold Houses in the Lincoln Neighborhood. A scale model of the Lincoln Cottage has for several years been on display in the Dean House. 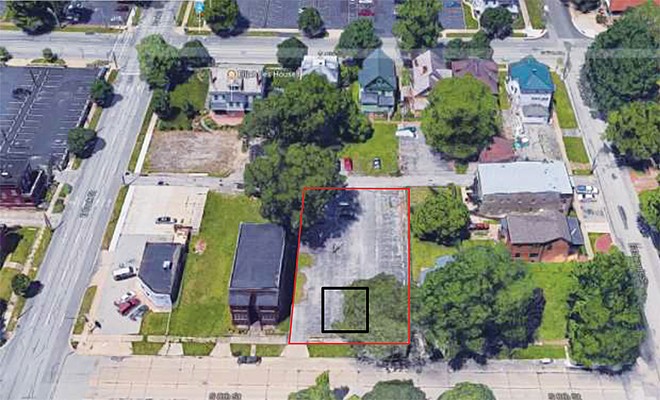 Square at center of photo shows the proposed location of the cottage replica in the block south of the Lincoln Home Neighborhood. Elijah Iles house is at upper left.

"It is misleading to go into the splendidly restored Lincoln Home because it gives you the impression that Lincoln lived in a house that was pretty prosperous for that neighborhood. But in fact most of the years that he was at Eighth and Jackson, they lived in a very modest cottage," Burlingame said. "The Lincoln marriage was notoriously difficult, there was a lot of tension in that family, and one of the reasons why is in part because there was so little space. The cottage replica will give you a better idea how domestic tension could build up within the confines of a relatively modest home, compared to the much more spacious home that we're all used to seeing."

The timetable for the cottage reconstruction will depend on the success of the association's fundraising efforts, Burlingame said. Dick Hart, a member of the ad hoc Lincoln Association committee developing the cottage concept, said a fundraising brochure has been developed that describes the project, including the proposed budget of $70,000 for land acquisition, $15,000 for site cleanup and fill, $30,000 for landscaping and signs, $18,000 for architectural design, $250,000 for construction, and $17,000 for contingent expenses.

Ad hoc committee member Sue Massie has explored possibilities for furnishing the cottage, and envisions period or reproduction pieces where "chairs could be sat in, dressers opened, and tables used for dining. Such use would enhance the sense of the Lincolns' life in the home," Massie said.

Massie has suggested that the reconstructed cottage could be used for receptions and gatherings that may not be allowed in original historic homes in Springfield.

The original, Greek-revival-style cottage was built in 1839 for the Reverend Charles Dresser, an Episcopalian minister who three years later would officiate at the Lincolns' wedding ceremony in the Edwards home. Lincoln signed a contract in January 1844 to buy the cottage from Dresser and received the deed on May 3. A bedroom and pantry were added to the back in 1846 and more remodeling was done in 1849.

Lincoln's legal practice grew dramatically when he lived in the cottage and he also achieved political success, winning a seat in Congress in 1846 and nine years later narrowly losing a bid to become a member of the U.S. Senate. As his economic and political status increased, Mary Lincoln believed that the family should have a home more impressive than the cottage.

According to the Lincoln Association's fundraising brochure, John E. Roll, who had helped remodel the cottage in 1849, reported that "Mrs. Lincoln decided their means justified a more pretentious house."

According to the brochure, "Lincoln opposed any such expansion, and allegedly conspired with local carpenters to have an inflated estimate of the cost prepared so that he could reasonably claim that it was too expensive. Despite his reluctance to add a second story, Mrs. Lincoln took matters into her own hands, hired carpenters, and evidently paid for the expansion with funds she had received from her prosperous father. The result was what her nephew termed 'one of the more pretentious residences of Springfield.'"

In 1856 the second story was added to the home and the number of rooms doubled to 12, giving the Lincoln Home its current appearance.

For more information on the Lincoln Cottage project, visit www.abrahamlincolnassociation.org.