Who should be in the White House? 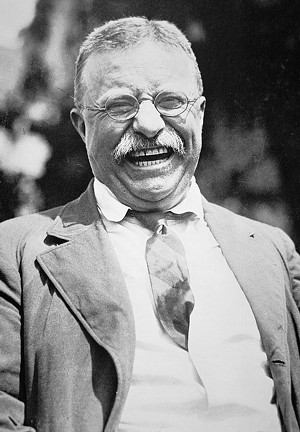 A friend who loves Donald Trump – I am broad in my friendships – tells me that the incumbent is toast.

The president will never overcome coronavirus blues, much of his own making, my friend acknowledges. The refusal to accept responsibility for failures in mustering up sufficient test kits. The insults that remained hallmarks as the nation shut down, with millions of people fretting, if not panicking, about jobs and retirement accounts and life and death. Almost no one but our president and a few nutballs are calling it the China virus, but Trump scurries down that rabbit hole while Rome burns, as if his base can save him now.

It took a few years, but Trump, finally, has elevated himself to worst-president-in-my-lifetime, eclipsing Dubya. Our president has trumped "Mission Accomplished," "Brownie, you're doing a heckuva job," countless deaths from an unnecessary war and the Great Recession. It matters no more what Trump says. Too much of the populace has dismissed him as roadkill on the highway of history. If he held up a vial and declared it the cure, would anyone run to grasp it?

And so, who else? Will Joe Biden, who now seems heir apparent, save us? Someone like Harry S. Truman, a hack who delivered once given the chance, is rare.

While we hunker at home, we need parlor games, and so I wonder: Which president, past or present, should be in the White House now?

My friend the Trump voter says Dwight D. Eisenhower: Besides having organizational skills, the father of D-Day looked and sounded like a leader. The Rev. Martin Woulfe, another friend whom I suspect did not vote for Trump, agrees. After solving World War II, Ike presided over a nation terrified by communism and the prospect of being blown up by Russia.

"American society was losing it," Woulfe says. "He was commander-in-chief when there was all kinds of devastation across Europe. He had a cool demeanor in the face of unbelievable chaos. He was the person who helped promote calmness and a sense of order: We're going to get through this."

Both my friend – given he's a Trump supporter, I've granted him anonymity — and Woulfe agree on a second choice: Franklin Delano Roosevelt. It is hard to argue against someone who said, "We have nothing to fear but fear itself," then rolled up his sleeves and was rewarded with more terms than might have been wise. If nothing else, a Trumpster and a liberal minister agreeing on stuff is reassuring, evidence that in times like these, partisanship can take a back seat.

Teresa Haley, president of both the Springfield and state chapters of the National Association for the Advancement of Colored People, picks Barack Obama – and not because of race, she says, without me asking. "He was passionate, caring and very considerate," she says. "He listened to people and would have taken a more proactive approach." Not to mention eloquent. What we all would give, now, for a salve like what Obama delivered when he sang "Amazing Grace" during a eulogy for innocent people who died too soon. You can't do that on Twitter.

Style matters. "I would go with the president trained in the art of verbal communication who fully understood the medium of the small screen to which most Americans respond," writes J. William Roberts, former Sangamon County state's attorney and U.S. attorney in an email. "He surrounded himself with capable lieutenants who provided the messages which the old ranger delivered with all apparent sincerity. Ronald Reagan."

There would seem more wrong answers than right ones. Most would agree that Zachary Taylor, Warren G. Harding and Franklin Pierce shouldn't be on the A list, but what about Herbert Hoover? As secretary of commerce, he did such a fine job leading recovery efforts from the Great Mississippi River Flood of 1927, arguably the greatest natural disaster ever to hit America, that he was elected president. "I suppose I could have called in the whole of the army, but what was the use?" Hoover recalled when it was over. "All I had to do was call in Main Street itself. ... The safety of the United States is its multitudinous mass leadership." Then again, charisma never was Hoover's strength.

Thomas Jefferson's zest for science might have proven helpful in the days leading up to where we are now. He showed foresight by making the Louisiana Purchase, but he waffled too much at the start, worrying about whether he had constitutional authority to close the deal with France.

What if Theodore Roosevelt was in charge? Certainly, he was charismatic – his biggest fans might say he could scare a pandemic away through bluster and force of will — and he was good at recognizing talent: Where would Oliver Wendell Holmes have been without him? He was as pragmatic as he was decisive, allowing a financial bailout engineered by J.P. Morgan, hardly a bedfellow, that ended the Panic of 1907, and he had less than an hour to make the decision or face calamity when the stock market opened.

Washington? Lincoln? Millard Fillmore? If you have an idea about which president, past or present, should be the White House now, contact Bruce Rushton at brushton@illinoistimes.com.