As discussed during a May 4 Illinois Senate hearing, now is a time when anti-Asian sentiment in the U.S. is shamefully rampant. May is national Asian American and Pacific Islander Heritage Month. In Illinois, some are pushing for legislation to foster improved history lessons about Asian American people.

Referred to as the TEAACH Act, the measure aims to ensure that the harms of forced internment and contributions of Asian Americans and Pacific Islanders (AAPI) are taught to students attending public schools. During the hearing, state Sen. Ram Villivalam, D-Chicago, referenced national statistics published by Pew Research Center in April. More than 80% of Asian respondents felt violence was increasing against them. On average, 15% of Asian Americans surveyed by Pew have been told to "go back to their home country" or that they were to blame for the COVID-19 outbreak.

A report from California's Center for the Study of Hate and Extremism in San Bernardino gathered hate-crime data from 26 cities and the largest 10 counties in the U.S. from 2019 to 2020. Chicago reported 100 hate crimes in 2019, according to a public records request made by researchers. There were 81 hate crimes reported in Chicago last year. Four hate crimes in Chicago during 2019 and 2020 were categorized as anti-Asian. The AAPI population in the Chicago area was estimated in the study to be around 7%.

Meanwhile, the report shows 14.5% of the population in New York City and 38% in San Jose, California, identify as AAPI. The anti-Asian hate crimes in those cities increased 833% and 150%, respectively, from 2019 to 2020. More than half of the cities covered in the report saw an increase in hate crimes, specifically crimes directed at AAPI people.

The report references data from the FBI, which shows the number of hate crimes committed toward Asian, Hawaiian, Pacific Islander and Native people nationwide has steadily increased since 2016. Kiana Kenmotsu, a fourth-generation Asian American and high school senior from Skokie, testified at the Illinois Senate committee hearing. Kenmotsu said it is time the Illinois State Board of Education rethinks Asian American curriculum.

Last September, Kenmotsu received a $250 youth grant through America's Promise Alliance and the Allstate Foundation. She used the money to design and sew reusable masks for frontline workers, caretakers and patients in parts of northern Illinois.

Kenmotsu told the story of how in second grade, her class was encouraged to bring "traditional" foods from home in celebration of Thanksgiving. She chose to present spam musubi, a popular Japanese rice and grilled spam dish. As Kenmotsu proudly showed her peers the food, classmates looked disgusted and, out of embarrassment, she quickly covered it. "Who can blame them?" Kenmotsu asked the committee members. "They were never introduced to Asian foods, cultures or figures," she said about classmates. "They were never taught to embrace the diversity" nor were they given the chance to try new things, Kenmotsu told the committee.

Kenmotsu said she was in eighth grade the first time she learned about the forced internment of Japanese Americans during World War II. The history lesson at school prompted a "brief, never before discussed, almost tabooed conversation at home" about what Kenmotsu's "grandparents, great uncles and aunts all experienced while interned," she said. With tearful eyes, Kenmotsu told legislators, "I stand before you today wishing to be the last student to have to testify and share their stories, begging you to hear our cries for equal and fair representation." Kenmotsu urged a "yes" vote on the TEAACH Act, which she and other supporters say would ensure the contributions of AAPI people be included when Illinois teachers cover economic, political, cultural and social lessons.

Some members of the committee were reluctant to fully endorse the bill. State Sen. Darren Bailey, a Republican from Xenia who announced his campaign for governor earlier this year, said he's "struggling with the mandates we are putting on our schools," and voted against the legislation. Sen. Sue Rezin, R-Morris, voted for the measure, but also voiced concerns and suggested legislators work closely with the state board of education and districts on how the TEAACH Act would be implemented. The measure passed the Senate committee. 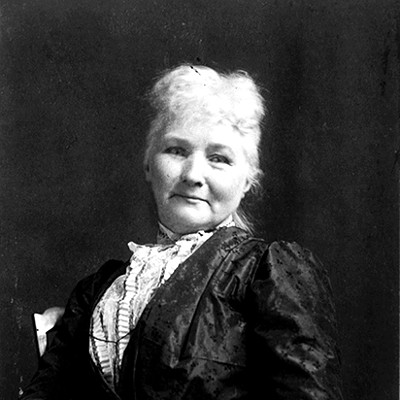 When it was a crime to be Italian