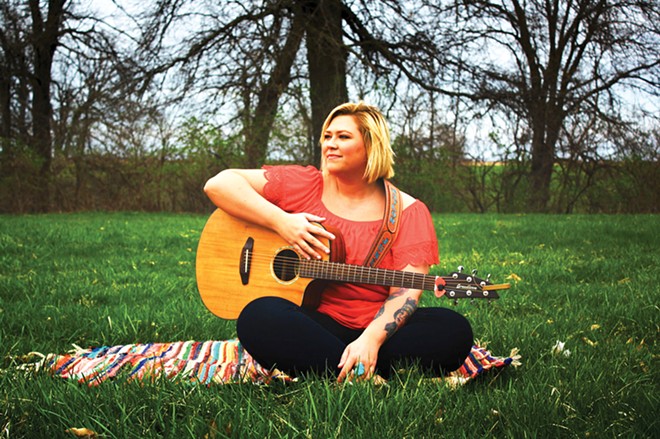 Originally from Galveston, Texas, before moving with her family to central Illinois at age 13, this youthful singer, songwriter and entertainer has already had a bustling career in music. Taylor began writing songs in high school and soon joined the Illinois Country Music Association, winning Songwriter of the Year for 2010, 2011 and 2012. At the age of 16, off she went to Pigeon Forge, Tennessee, home of the great Dolly Parton, to compete in the North American Country Music Association International contest where she promptly won the Female Vocalist and Future Rising Star awards. In 2013, Ms. June attended the Conservatory of Recording Arts and Sciences, receiving her degree in audio engineering and music business and she also made her first all-original record, an EP done at Bluestream Records in Petersburg. Currently, she's performing around the area at various venues while pursuing all avenues in making music that matters to her and that's good for us. Her latest Taylor June original music recordings are available online at CDBaby and other digital outlets.