In celebration of local food and good music 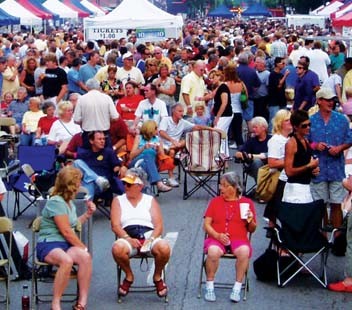 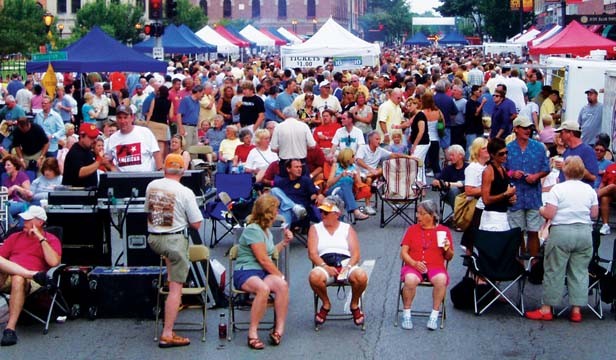 Visitors and residents hungry for good music and good food in Springfield are sure to find some of both this weekend at the 11th annual Taste of Downtown. The popular event is presented this year in conjunction with the Sangamon Valley Roots Revival/Miller Lite Live American Music Show on Saturday, July 10.

Springfield boasts more than 150 restaurants, and 18 downtown eateries will be on hand to offer an eclectic menu ranging from pulled pork horseshoes, to vegetarian sushi, to fried oyster po’boys. Previous incarnations have attracted more than 10,000 gourmands looking to sample the unique creations available from noon to midnight.

Sean Burns, music stage coordinator, tapped local and international acts to build this year’s lineup. “Finding music for the American Music Show is similar to finding a good film or an interesting meal,” he says. “You have to be willing to look off the beaten path.”

Sangamon County locals Lucky Patterson and the Wolf Crick Boys kick things off at 4 p.m., followed by old-school songsmith Otis Gibbs at 5 p.m. and JEFF the Brotherhood at 6 p.m. The Lucky Stars, a 1940s-era western swing band from Hollywood, take over at 7:30 with Jason Isbell and the 400 Unit, whose 2009 album drew critical praise from Spin and Rolling Stone, performing at 9 p.m. Burns says the American Music show and Taste of Downtown are natural partners because each offers a wide variety of samples while every element is “exceptionally good within its genre.”

Jason Isbell and the 400 Unit, whose 2009 album drew critical praise from Spin and Rolling Stone, perform July 10 at 9 p.m.

Taste of Downtown is organized by Downtown Springfield, Inc., a nonprofit group created in 1993 to enhance the area’s business district and lure tourists to the region. Ann Frescura, promotion and event director, says this year’s event truly has something for everyone. “We’ve enhanced the children’s area this year with free activities, a bounce house and a full afternoon.”

Frescura says food and beverages are reasonably priced to encourage people to try many different things — admission is $2 for adults and free for kids 12 and under; food and beverage tickets are $1 (items cost 1-6 tickets). Taste of Downtown and the American Music Show will be held from noon to midnight on July 10 on Fifth Street between Jefferson and Adams, and on Washington between Fourth and Sixth streets. For more information, visit downtownspringfield.org or call 217-544-1723.

Zach Baliva is a filmmaker living in Springfield.

Managing mental health during a pandemic