Taste for the Homeless comes to Springfield Oct. 22

Local activists Shymeka Kerr-Gregory, Ron Doyle and Sadie Davis are bringing a "Taste for the Homeless" to Springfield on Oct. 22.

The Chicago-based nonprofit was founded by Chicago native, Michael Airhart. A self-described "kid-chef," Airhart started cooking when he was just 8 years old growing up in Altgeld Gardens Project on the South Side. "A lot of us kids had to fend for ourselves – and by that I mean survive," Airhart recalls. "Back in those days you could knock on doors and ask to borrow a slice of bread or whatever, so I'd go down the row knocking on each door and asking if I could borrow a can of tomato paste or a box of spaghetti. Then I'd go back home to create these meals for my friends and their brothers and sisters with whatever I could find...Even then God was talking to me."

As he got older and succumbed to the hustle, Airhart still used food as means of survival and connection. "When you're growing up alone and in poverty, you've got to belong somewhere. So when the gang members came at me I started feeding them – I basically became the gang chef!  When selling drugs became an issue, the Lord tried to tell me that wasn't the path I was supposed to be on, but I was hardheaded about it. Eventually I got in trouble – I prayed to God that if he got me out of that situation, I would change my life and never look back."

Not long after, an unexpected encounter with a person experiencing homelessness revealed a clear vision to Airhart. He and some friends had made a visit to the famed Taste of Chicago festival close to closing time. "We got our pizza, and they were starting to close down when this homeless guy came around. He asked the guy running the pizza booth if he could have a slice – they were just tossing out all this leftover pizza. The pizza guy cussed at him and told him to leave or he'd call the cops. He wouldn't even let me buy him a slice. So this homeless guy's crying and I said to him: 'Sir, the Lord just put this on my heart: I am going to build a Taste for the Homeless, just like you see here, all these little pop-up restaurants, clothing stores...and everything will be totally free. I swear this to you. Now take this money and get something to eat.' At this point we're both crying and my friends are laughing because they think I've lost my mind, but the guy gives me a hug and takes money and that was that."

Airhart would go on to start the All Kids Matter Foundation, providing sandwiches, coats, backpacks, job opportunities and mentoring to families across Chicago. Before long, Airhart was again moved by divine guidance. "The Lord said to me, 'Michael, I didn't just say sandwiches, I need you to create meals like you did when you were young. You need to do more." Airhart and his wife, Pamela, used their own savings to grow the foundation, and eventually Airhart was able to bring to life the dream that was seeded that night at the Taste of Chicago. A well-timed Twitter post connected him with Chance the Rapper, who, to Airhart's surprise, had been following Airhart's work for years.

Airhart's organization now hosts Taste for the Homeless Summer and Winter Fests each year. "We work with all the shelters throughout Chicagoland, Airhart explains. "With the help of Chance the Rapper, we bus in the less fortunate from all over for this huge event. It's just amazing to watch this creation come to life before your eyes."

Even in the midst of the pandemic, Airhart's organization was able to continue caring for those most in need.  "Summerfest is outside, but for Winterfest, we convert this enormous building into a huge festival. Downstairs is a shopping center, and we create stores with clothes and pedicures, haircuts, massages... you name it. The dignity is 100% theirs and I tell the people who come – no one can take that from you."

In addition to the two major "Taste" festivals, Airhart's organization is constantly at work meeting people where they are to provide meals, dignity and love. Airhart has taken his mission on the road with the Taste Cafe, a bright blue food truck out of which he serves five-star meals to anyone in need.

Airhart and his organization will be serving breakfast, lunch and dinner in Springfield on Oct. 22 at Comer Cox Park starting 9 a.m. A DJ, barbers and local organizations The Phoenix Center and CORAL will also be present, in addition to the delicious cuisine served up by the Taste for the Homeless food truck. 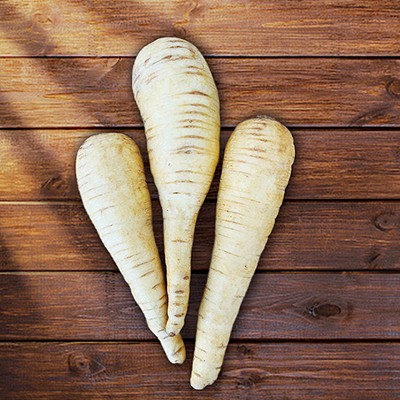