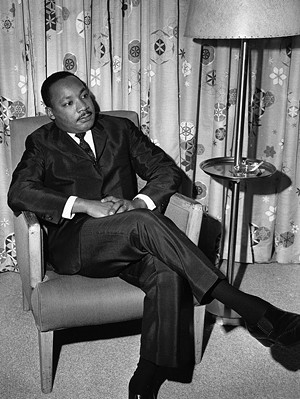 COURTESY SANGAMON VALLEY COLLECTION, LINCOLN LIBRARY
Martin Luther King Jr. in Springfield Oct. 7, 1965. He came to speak at the state convention of the AFL-CIO at the Illinois State Armory building, Second and Monroe, and stayed at the Leland Hotel, Sixth and Capitol.
Members of the state's task force on statues and monuments discussed ways to relocate the statue of civil rights leader Dr. Martin Luther King Jr. and improve the statue's image in the context of King's legacy in Illinois.

Illinois Secretary of State Jesse White testified June 9 during the task force hearing that the image of King reflected in the statue does not properly reflect one of the heroes of the civil rights movement. White met King dozens of times, including while White was a student at Alabama State University.

"It's our duty to make sure that the statue properly reflects Dr. King's creation. And as I have said before, I am willing to devote $5,000 of my funds if we can get enough dollars, so that we can make a statue that will be a true representative of Dr. King," White said.

White said he intends to establish a fund for the purpose of redesigning King's likeness and moving the sculpture from its current location across from the Capitol grounds.

The hearing was the third meeting of the House Statue and Monument Review Task Force, which aims to conduct a review of monuments on state property and proposals for new monuments or statues.

Discussions about relocating and redesigning the King statue are not new. In August, the board members of the Office of the Architect of the Capitol considered moving and remaking the statue, which sits at the corner of Second Street and Capitol Avenue in front of the Illinois State Library.

The 300-pound bronze statue of King was made by Geraldine McCullough, an African American sculptor born in 1917 who studied at the School of the Art Institute of Chicago.

The statue was first unveiled in 1988 in the state Capitol Rotunda, then moved outside of the Illinois State Museum in 1989. It was moved to its current location and rededicated in 1993.

"That statue does not reflect the man that I met on 70th (Street) and Lowe (Street) in Chicago when I was maybe in second or third grade," Flowers said. "You have to imagine when our kids or when people come up to see Martin Luther King, who did not have the privilege, like you and I had, to see him in person, they think that that's what represents him, or that's the likeness of him, and none of that is true."

Flowers asked White about his vision for the statue, and what he would like to see written on the statue or the plaque that will be affixed to the statue. White said he was leaving those decisions to the task force.

"But the bottom line is just I want to make sure we find a good artist, and make sure that he will not only take the job but take on the responsibility that goes with it," White said.

Last year, former Sen. Andy Manar, a Bunker Hill Democrat, filed a resolution calling for a bronze plaque to be placed at the site of the historic address to memorialize King's visit to Springfield. The resolution never came up for a vote.

Dr. Noelle Trent, director of interpretation, collections and education at the National Civil Rights Museum in Memphis, said King came to Chicago in 1965 and 1966 to work with community activists – including a young Rev. Jesse Jackson – on "nonviolent campaigns to address issues of segregation and inequity throughout the city, particularly as it pertains to housing."

King moved with his family to Chicago, where he and the Southern Christian Leadership Council – an African American civil rights group that formed out of the Montgomery bus boycott – started the Chicago Freedom Movement, which was focused on combatting racist housing practices.

Trent said a violent confrontation took place on Aug. 5, 1966, when King and other Black demonstrators were marching through an all-white neighborhood in Chicago.

"They were met with hostility and objects were thrown at them. Dr. King is actually hit in the head with a rock," Trent said. "But these challenges are no different from the other challenges and obstacles that the movement encountered in other cities."

Trent said the National Civil Rights Museum is willing to collaborate with the task force and the Illinois State Museum to provide resources and other assistance.

"Illinois has this tremendous history of creating social change that I think could really be expounded using the statue, as well as the (Illinois) State Museum," she said . 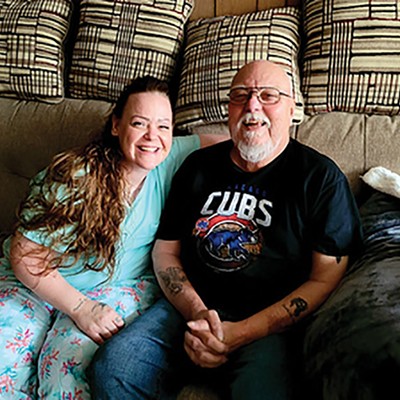 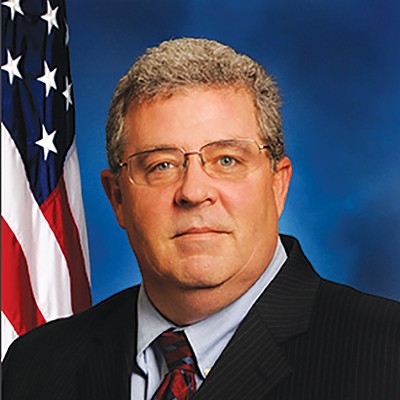