State allegations against a Springfield mortgage broker mirror accusations contained in a lawsuit filed by a Petersburg man who says that he was cheated out of his home.

The Illinois Department of Financial and Professional Regulation on April 19 suspended Chris Schaller’s mortgage loan orginator’s license on an emergency basis, saying that the department has evidence that Schaller has been defrauding consumers.

“The scheme involves multiple consumers in need of financial assistance approaching Schaller to obtain a mortgage,” regulators wrote in the order suspending Schaller’s license for 180 days pending further investigation. “Schaller, rather than obtaining a mortgage, deceives consumers to transfer ownership interest in their property. In furtherance of his scheme, Schaller uses a bank trust to hold ownership interest and control of the consumers’ property. Schaller is the sole beneficiary of the trust.” 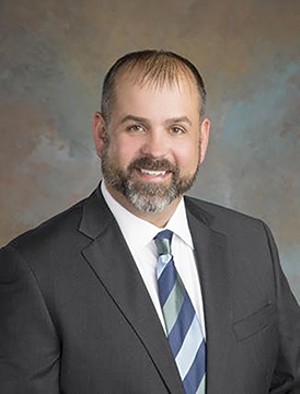 The state in March suspended the license for Schaller’s office, a branch of Diamond Residential Mortgage Corp. on Greenbriar Drive, saying that loan paperwork wasn’t in order and that the department had reason to believe a shredding service had been summoned after investigators began following up on a complaint. The suspension of Schaller’s broker’s license prevents him from conducting mortgage work anywhere in Illinois.
Via telephone, Schaller said that he’s done nothing wrong. He said that he is “stacking chips.”

“The chips are going to fall, and I’m going to be laughing all the way to the bank,” Schaller said. “If you want to know what I mean by that, I can’t elaborate on that.”

In Facebook postings, Schaller has said that he’s been set up by business competitors. On Facebook, Schaller also acknowledges a federal investigation, saying that the U.S. attorney’s office in 2015 “subpoenaed every title company in Springfield for every record on every closing that I ever did.” The status of any federal investigation isn’t clear.

The state allegation is similar to one made in Menard County Circuit Court, where Daniel Fricke is suing Schaller, claiming that the embattled mortgage broker tricked him out of a house and 70 acres in 2011. It wasn’t a typical real estate deal.

Fricke was facing the loss of 40 acres of farmland adjoining his home due to an allegation that the land had been wrongly conveyed to him by his mother before she declared bankruptcy. In lieu of an auction, a bankruptcy trustee agreed to accept $15,000 for the land, but Fricke didn’t have the money. He says that Schaller agreed to pay $15,000 to the trustee, plus collect a $9,000 loan fee, and the money eventually would be repaid in a lump sum.

Fricke continued living in the home. Last year, Fricke says, he decided to sell the house and move so that he could pay his debt to Schaller. He says he was stunned when Schaller told him that he had no right to be on the property because he had sold it to a trust controlled by Schaller in 2011. During a hearing last fall, Fricke testified that he believed that he, not Schaller, was the trust’s beneficiary.

Schaller says that he decided to sell the property because Fricke was late with property taxes and he feared the real estate would be lost for unpaid taxes if it wasn’t sold. According to a lease dated 2011, Fricke was a tenant who would pay property taxes, plus a $33,876 lump sum after living on the property for five years.

During a hearing last fall, Fricke testified that he hadn’t seen the lease until last year. In his lawsuit, Fricke, who is disabled, says that he was taking painkillers when he made the 2011 deal with Schaller and so was easily confused.

“As far as I know, he never bought anything from me,” Fricke testified during the September hearing. “I don’t know anybody on the planet who would sell 70 acres and a house for $32,000.”

The deal confused Eighth Circuit Court Judge Scott Butler enough that he asked for details during the September hearing.

“How come he’s (Fricke is) paying rent?” the judge asked.

“No, but the rent was given with a lump sum payment with interest,” the judge responded.

“That was just the basis for what I originally purchased the property for,” Schaller said.

“So, this was a lease, but he didn’t have to pay you any rent?” the judge asked.

“Ever?” the judge pressed. Schaller nodded.

After Fricke started asking questions, Schaller last year drew up paperwork that would give Fricke $57,000 from the sale of the home, which fetched $165,000, plus four acres, according to Fricke’s lawsuit. It was, Schaller told him, a take-it-or-leave it deal, according to the lawsuit.

“Schaller told Dan that if he did not accept this agreement, he would be penniless and homeless when the home sold because Schaller did not have to provide him with anything,” Fricke claims in his lawsuit. Schaller says that he was trying to be charitable.

“Why is he entitled to $57,000 in 2017 for the sale (of the property?” August Appleton, Fricke’s lawyer, asked during the September hearing, after Schaller had testified that Fricke lost any claim to the land after signing the 2011 paperwork.

“I was trying to be a nice guy,” Schaller answered. “I didn’t have to do anything, but I didn’t want him to be homeless as well.”

“So, you were just, essentially, gifting him $57,000 and four acres?” Appleton inquired. “Is that your position?”
“That is correct,” Schaller responded.

After the hearing, Butler denied Fricke’s request for money held in an escrow account from proceeds of the sale of the house, ruling that he must wait for litigation to conclude before he can receive any funds. But the judge indicated that Fricke’s case has merit.

“You’re challenging this entire transaction,” Butler said. “There’s lots of evidence to support your position.”
Schaller has denied any wrongdoing.