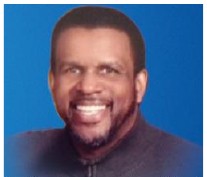 There is a lot to be said about Stan Brown.  Stan never met a stranger!  Many people know about his accomplishments and involvement in the community.  Most will remember him as a small business owner, church deacon, fraternity man, or depending on how long someone knew him, they may remember his work in politics.  There is no doubt that he left a lasting legacy.  This article will give you an inside look into who the man was behind the legacy.  This article will show you the son, brother, cousin, uncle, husband, father, and friend who impacted so many lives during his time on earth.

As the one and only son and brother, imagine a house full of female thoughts, input, and influence.  Stan was blessed to receive many life lessons from his sisters. He likewise shared many lessons with his sisters.  Stan was also a momma’s boy (smile).  Growing up on the East-side of Springfield, Stan developed lifelong relationships with many in the community. He appreciated the wisdom and candor of the older men in the community and became committed to ensuring that other boys and young men had opportunities that he had experienced by being raised in a community rich with history and pride.

Stan graduated from Southeast High School, University of Illinois (then Sangamon State University), and went on to become a Certified Public Accountant (CPA).  He opened Brown Financial Services in the early 1980’s and continued providing tax and financial services until the time of his death.  He spent some time working at the IRS and retired from the State of Illinois after more than 25 years of service in the Treasurers and Comptroller’s office.

Stan was the first in his immediate family to “go away” for college.  He went to Southern Illinois University in Carbondale.  His first-time returning home for break, Stan had an afro!  This was big.  Stan always kept his hair cut short growing up because his mom wasn’t into “all that hair all over his head.” Stan’s ‘fro wasn’t very large, but it was definitely an afro!  While at SIU, Stan pledged Phi Beta Sigma Fraternity, Inc.  He eventually became the dean and a charter member of Phi Beta Sigma Fraternity, Inc. Mu Eta the first fraternity undergraduate chapter at SSU/UIS 8/2/1980 and a member of the local Eta Psi Sigma alumni chapter.

Although some people join the political realm for personal gain, for the brief time Stan was involved in politics he just wanted to help those that want to positively affect the community. He worked with both Republicans and Democrats on campaigns, which exemplifies he cared more about the character of the candidate than their political affiliation. Before committing to help their campaign, Stan would get to know them as a person before supporting them as a candidate. Overall, his purpose was the same in politics as it was with everything else, he wanted to help his community, that meant making sure the right candidates were in office to represent the people.

More than anything, Stan wanted his small business to be a resource to the community. He wanted to be someone people could trust. No matter what your financial situation was, he would try to help. Anything from individual tax returns or even as a financial consultant an accountant to other small businesses on the eastside of Springfield, he worked tireless to make sure everyone’s finances were in order. He also used his company as an example for his children. Every winter during “tax season” it was easy to see how hard he worked to help support their dreams. For the three months that he took over the kitchen table with his business files he was able to show them what they can achieve with hard work. Of course, he was known as the “tax man” and thanks to family friend, Billy Bishop, we can now call him “Loophole Louie.”

Stan liked a good party and loved bringing people together and having a good time. Stan’s family hosted the family Christmas party for many years.   During the parties, he’d time things out to extend the party. For instance, holding the certain music back for the right moment, and rationing out the Asti just enough to raise the party to a light roar. Before you knew it, everyone would be in the middle of his living room dancing waiting for Donnie B to steal the show by dropping down into the James Brown splits and then sweating it out on the dance floor for another 30 minutes. Stan wanted the party to go on until you couldn’t move anymore.

He was also the best storyteller you knew.  We laugh as we remember his story about the Twist competition he attended as a pre-teen.  Stan was on the dance floor, doing the Chubby Checker’s Twist.  Stan twisted left, he twisted right (all the while, acting out his best moves), he raised his left leg and twisted to the right, he raised his right leg and twisted to the left, he twisted low.  All the while he was doing his best moves, the boy next to him, copied his moves.  Stan knew he had won that contest, he was grinning and ready to be announced the winner.  Well…, wouldn’t you know it, the kid that stole his best moves, took home the trophy that day.  We heard that story at least 50 times over the years.  But when Stan told it, he was telling anyone who would listening, that no matter what, do your best, make your best moves.

Ever a source of great entertainment, a few memories of Stan:  Stan took his nephew to a football recruiting trip to University of Wisconsin. Anyone that knows Stan, knows he’s always late, but this time, he was actually early.  Early enough to find trouble. Stan being Stan, he decides to explore the entire football complex unsupervised. They literally went through every door in the facility except for one door. You know Stan had to try that door. So…in they walk to Barry Alvarez, better known as the head football coach at the time, and his coaching staff talking strategy and taking ice baths. It turns out they had found the coaches locker room. You think Stan missed a beat? Nope, he walks right up to the man, shakes his hand, and wraps his arm around him like they had been friends for years.

Stan’s favorite phrase to yell out and embarrass his son, male nephews and male cousins … “Romeomeoooooo!!”  If there happened to be any pretty girls in the general radius, paying any attention to a male relative, Stan was going to call you out.  You had to be on your toes because it would come at any moment, in church, at family gatherings, at games, etc.  So much of life with Stan was full of laughter, friendship, support and love.  You could fall out with Stan one day, and he was still going to support you as much as he could the next.

Stan will tell you his greatest accomplishment was being a father.  He loved his children with all his being and would let you know.  Everyone that knows Stan, will tell you that he would move the Sun, Moon and stars for Selena and Charlie.  He was so proud of every one of their accomplishments and loved them for who they were.   He always bragged about them.  Punkin and Son were his pride and joy even when they were fighting. He made it to every one of Selena’s games cheerleading and Charlie’s football games. He wasn’t one of the quiet parents either, they could always hear his voice over the rest of the crowd giving them words of encouragement. For example, in middle school basketball when he kept giving Charlie instructions contrary to what the coach wanted him to do. After the game, Charlie walked up to Stan and told him, “Dad, coach told me to tell you to stop coaching from the stands because you’re confusing the players”. You were probably able to put together already it didn’t stop Stan. He was back the next game giving the same instructions he did before. The best example, however, came in 5th grade volleyball. Selena’s team was down double digits in the last set of the match. Selena was one of her team’s best servers and it was her turn. She served her team back into the game rattling off 10 straight points to tie the score. At this point her teammates and the fans were making a lot of noise cheering her on when suddenly you hear, “Alright, let’s keep it going Punkin!”. The gym got quiet as Selena tucked the ball under her arm, walked over to the bleachers and said, “I told you not to call me that in public”. All the cheers soon turned to laughter as the coaches called a timeout to bring the team back together. There are so many stories that show the belief and pride Stan had in his children but it all can be summed up in one phrase he used to tell them, “When some parents are wondering if their child is ready for the world, I wonder if the world is ready for you”.

Stan was the big brother to many.  He was also the true definition of philanthropist.  Stan donated financial resources to scholarship funds, and directly to those in need, but more than giving money, Stan shared his experiences and advice to others to help guide and direct many in the right direction.   Because of the example that Stan set for us, we have chosen to honor him by providing scholarships.  Stan’s children and sisters have begun a scholarship fund to honor Stan’s legacy.  We say “Thank you!” to those who have donated.  Scholarship applications will be available in the Spring of 2019.  Donations for the scholarship fund can be submitted to the Illinois Educators Credit Union, (IECU) Stanley M.  Brown Scholarship fund at 1420 S. 8th St., Springfield, IL 62703 or through the Eta Psi Sigma Foundation, Stan Brown Scholarship Fund, a 501C(3) charitable organization of Phi Beta Sigma Fraternity, Inc. For more information, please contact them at Springfieldsigmas@comcast.net.

Ditch the diets, just cook your own food