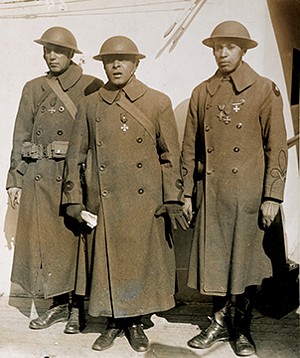 Duncan was born in Springfield in 1873. His father, Clark, was a grocer who had been born into slavery and fought in the Civil War as a sergeant. His mother, Julia, was a granddaughter of William Florville, Abraham Lincoln’s Haitian barber.

After attending Springfield public schools, Duncan worked for a time as the business manager of a Springfield African-American newspaper called the State Capitol. In 1897 he took a position as a clerk in the office of the state Superintendent of Public Instruction and remained employed by that department for the rest of his life.

Duncan was active in Springfield’s civic and political life. He was a member of the Young Men’s Society Club, the Colored Voter’s League, the Protective Order of the Elks, the Afro-American Equal Rights League and the Stalwart Republican Club. A lifelong Republican, Duncan ran for alderman of Springfield’s First Ward in 1898 and again in 1906. In both elections he won his primaries against a white challenger but was defeated in the general election.

In 1902, Duncan joined the Eighth Infantry Regiment, an all-black unit of the Illinois National Guard, as a first lieutenant. By 1904, he had been promoted to the rank of major and placed in command of the Third Battalion.

Perhaps it was Duncan’s political aspirations and high-profile military career that made him a particular target during the Springfield Race Riot of 1908. On the night of Friday, Aug. 14, the mob ransacked the two-story frame Duncan home at 312 N. 13th St. while other houses on the block were left undisturbed. Rioters broke the front door off its hinges, smashed windows and fired shots into the house before charging inside to destroy Duncan’s piano, break all his furniture, and loot the place of its valuables, including Duncan’s uniform and sabre. The sabre was eventually returned to Duncan, and the thief was arrested, convicted and sentenced to 30 days in jail for the crime.

In August 1917, the Eighth Illinois Infantry Regiment was mustered into federal service and drafted into World War I. In December, the unit was redesignated as the 370th Infantry. One of only a few African-American regiments in the war and the only one commanded by all black officers, it came to be known as the “Black Devils” by German soldiers after fierce fighting at the Argonne Forest.

Duncan, newly promoted to the rank of lieutenant colonel, arrived in France with the 370th Infantry in May 2018, and was soon engaged in training new African-American recruits for battle near the front lines.

Even as they fought for freedom and democracy oversees, African-American troops were subjected to discrimination and disrespect by their own army. The commander of the American Expeditionary Force, John J. Pershing, followed the racist policies of President Woodrow Wilson and Secretary of War Newton D. Baker which did not allow black soldiers to fight alongside white troops. Because the French were much more relaxed in their racial attitudes, the 370th fought with the 10th French Army using French equipment and rations.

Duncan’s battalion saw some of the most bitter combat of any of the American troops in France. On the front lines, they pushed the German forces back and were among the first allied troops to enter occupied Belgium. The battalion’s pursuit of the German army continued until Armistice was signed on Nov. 11.

Duncan was one of 60 officers of the 370th Infantry awarded the Croix de Guerre, an elite French commendation for valor. In a letter home, he told his parents he was “very proud” of the honor and wanted his friends at home to know that “we have given our full contributions to this war, that we have fought, bled, and died for the grand and noble principles of the war.”

On Feb. 17, 1919, Duncan and his division returned stateside to Chicago and were met by a welcoming parade, which many Springfield African-Americans traveled north to attend. When company I, composed of Springfield soldiers, returned to Springfield on Feb. 26, they were welcomed by Governor Frank O. Lowden and a celebratory banquet was held in their honor at the Leland Hotel.

After the war, Duncan was promoted to colonel and tasked with reorganizing the Eighth Illinois Infantry of the Illinois National Guard, and also resumed his “day job” in the office of the Illinois Superintendent of Public Instruction.

Duncan died in 1937 after a long illness and was buried in Oak Ridge Cemetery. Shortly after his passing, the American Legion organized a local post (#809) composed of African-American veterans of World War I and named it in Duncan’s honor.

Erika Holst is a Springfield writer and historian. Her latest book is Historic Houses of Lincoln’s Illinois.