Springfield’s role in preserving the dead 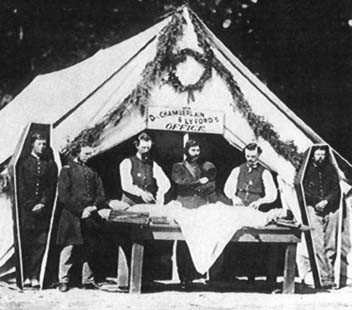 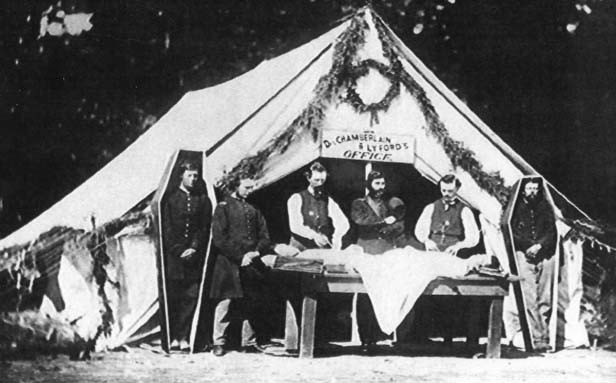 Embalmers traveled from battlefield to battlefield, setting up shop. Prices ranged from $30 for an enlisted man to $80 for an officer.

Before the Civil War, embalming was mainly done in America by medical men seeking to preserve corpses for anatomical study. It wasn’t until the outbreak of the Civil War, when tens of thousands of soldiers died on battlefields far from home, that embalming came into fashion as a means of preserving bodies before burial. And it was a man from Springfield who helped put the process into the national spotlight.

Colonel Elmer E. Ellsworth arrived in Springfield in 1860 and found work as a clerk in Abraham Lincoln’s law office. Lincoln took such a shine to the young man that he invited him along on his inaugural journey to Washington, D.C., where he became a great favorite of the entire Lincoln family [see “When Lincoln’s friend was killed just as the war began,” by Tara McClellan McAndrew, June 21].

Ellsworth has the unfortunate distinction of being the first Union casualty of the Civil War. A Colonel of the 11th New York Volunteer Regiment, Ellsworth removed the Confederate flag from the top of an inn in Alexandra, Va., on May 24, 1861, and was shot point-blank in the chest by the enraged, Southern-sympathizing innkeeper.

The devastated Lincolns insisted that Ellsworth be honored with a funeral in the East Room of the White House. Enter one enterprising surgeon named Thomas Holmes, and the course of American funeral practice was forever changed.

Holmes was an 1847 graduate of the College of Physicians and Surgeons at Columbia University. As a student he appreciated the study of human cadavers, but he wasn’t keen on the methods used to preserve them, which he believed were ineffectual and potentially toxic to students.

Convinced that there was a better way, he experimented with arterial embalming based on the work of French doctor Jean Nicholas Gannal. This involved injecting a preservative fluid into a cadaver through the artery. Eventually Holmes developed and patented his own chemical solution for arterial embalming.

When he learned that Ellsworth’s funeral would be held in the White House, Holmes stepped forward and offered to embalm the fallen soldier at no charge. Embalming at that time was rarely used outside of the medical community, and most Americans at that time were largely unfamiliar with the process. Instead, families arranged for the burial of their relatives within 24-48 hours after death to avoid the unpleasantness of decomposition.

In this case, however, embalming was necessary to preserve Ellsworth’s body, not only for the long trip back to his native Mechanicsville, N.Y., for burial, but also for the three funerals he would have in the meantime. As the first Union soldier to be killed in action, and a young and handsome one to boot, Ellsworth’s death prompted intense national interest. Large crowds turned out at the White House, in New York City and in Mechanicsville to file past his glass-front metal casket and gaze at his still form.

Holmes could not have asked for better exposure for his embalming work. Mary Lincoln commented that Ellsworth appeared to be sleeping, an observation echoed by newspaper reporters throughout the Union. The public was now familiar and favorably impressed with embalming – and many would soon lose brothers, husbands and sons in the war.

The demand for embalming grew as the casualties piled up and more and more families wanted the bodies of their loved ones sent home. Embalming surgeons would travel from battlefield to battlefield offering their services to soldiers, who could prearrange to be embalmed in the event they were killed in action. Many embalmers also worked with families to locate, disinter and transport remains after battles. Prices ranged from $30 for an enlisted man to $80 for an officer, though Holmes reportedly charged $100 per soldier.

Just as one Springfield citizen introduced the nation to embalming at the start of the Civil War, another Springfield citizen, Abraham Lincoln, became its highest-profile example at the war’s close. In between, approximately 40,000 soldiers underwent this process, which had been all but unknown just five years earlier. Holmes went on to be known as the “father of modern embalming,” and Elmer Ellsworth can rightly be remembered not only as the first Union casualty of the Civil War, but also the man who introduced the nation to embalming.

Erika Holst is curator of collections for the Springfield Art Association and author of Wicked Springfield: Crime, Corruption & Scandal During the Lincoln Era.


Embalming live!
To see “live” Civil War embalming in action visit Haunted Nights of Civil War History at Edwards Place Historic Home on Oct. 26 from 7 to 9 pm and Oct. 27 from 6:30 to 9:30 pm, where Jon Austin, former director of the Museum of Funeral Customs, will demonstrate the embalming process.