No resolution with Blue Cross in sight 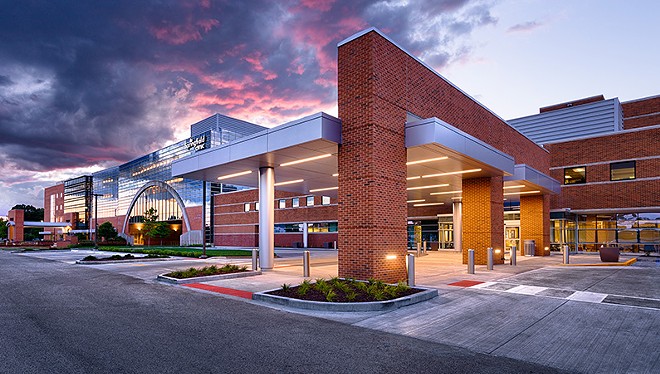 Some central Illinois patients who lost access to Springfield Clinic doctors last year could find their way back with the help of a new health plan option.

The Springfield Clinic Advantage Plan may not be the answer for everyone affected by the ongoing rift between the clinic and Blue Cross and Blue Shield of Illinois. But the plan, administered through Decatur-based Consociate Health, offers employers an opportunity to become self-insured for health coverage and regain in-network services from the Springfield-based multi-specialty clinic.

The plan makes doctors and other central Illinois medical providers outside the clinic, as well as both of Springfield's acute-care hospitals, available through the HealthLink network.

"Too many patients have had trusted relationships with their Springfield Clinic doctors interrupted over the past year," Springfield Clinic chief executive officer Ray Williams said in a news release. "This plan removes the choice between driving out of the local area to find an available physician or putting off important health care decisions."

Self-insured health coverage used to be offered predominantly by large employers employing hundreds or thousands of workers because of the cash flow required to pay medical claims.

But new financing options offered by what are known as "stop-loss" insurers, which contract with employers to cover the most expensive claims, have made self-funded plans more accessible to smaller employers.

Darren Reynolds, president and CEO of Consociate Health, said these direct-to-employer plans, or D2E, represent a growing trend in the United States, especially in the past five years. They offer ways to potentially reduce employers' and employees' annual increases in premiums and other out-of-pocket costs, he said.

The FTI Consulting firm says the average U.S. worker's premium contribution for family coverage was $5,969 in 2021, and 29% of employees with single coverage had deductibles exceeding $2,000.

"Additional cost-shifting is no longer tenable given the already high costs borne by employees," FTI says on its website.

The firm says 9% of large employers "have directly contracted primary care models in select markets; another 17% are considering it for 2022-2023."

In part because of the growth of D2E plans, the percentage of U.S. workers covered by self-insured plans increased from 44% in 2019 to 65% today, Reynolds said.

He said the Springfield Clinic Advantage Plan will serve employers with as few as 10 workers, and clinic officials believe employers will be able to offer access to clinic providers and more choice overall at rates "equal to or better than" rates they would pay for traditional, fully insured insurance products.

The Springfield Clinic plan offers reduced or waived copays and deductibles when using Springfield Clinic providers, as well as services to promote employee wellness and disease prevention. These benefits can help employers reduce long-term health care costs and catch problems before they become more severe to the employee and more costly to treat, Reynolds said.

The transparent nature of the plan, including how pharmaceutical drugs are priced, can help employers make better-informed choices on which providers to use so that money can be saved in the future to hold down costs for them and their workers, he said.

The clinic doesn't make money on the plan other than by potentially serving more patients, Reynolds said.

The clinic's decision to offer the Advantage Plan doesn't mean it has abandoned efforts to return to Blue Cross' network, clinic spokesman Zach Kerker said. "We would prefer to be in the network," he said.

A resolution doesn't appear imminent, however.

The clinic became an out-of-network provider for Blue Cross members in mid-November 2021 because the two businesses weren't able to work out an agreement that clinic officials considered adequate to financially support and sustain the clinic's primary and specialty care services throughout central Illinois. The clinic has more than 650 doctors, physician assistants and nurse practitioners in 80 different medical specialties.

During the past several months, the clinic has sent "multiple proposals with varying degrees of compromise, all of which were declined with no counterproposal from BCBS," Kerker said. "We sit alone at the negotiating table, hoping they'll join us again at some point."

Dave Van de Walle, a spokesman for Chicago-based Blue Cross, said in an email: "Blue Cross and Blue Shield of Illinois has been working with Springfield Clinic for more than a year to reach a deal that ensures our members have access to the quality care they need at affordable prices. That work has included the exchange of ideas, proposals, counterproposals and in-person meetings. In the end, it is important to share that we proposed an arrangement to the clinic that would deliver value for our customers and members but, to date, the clinic hasn't shown interest in such an arrangement."

Up to 100,000 central Illinois residents were affected by the rift in the beginning, representing about 20% of the clinic's patients, according to clinic officials. Blue Cross estimated the number affected at 55,000 patients.

Some employers contracted with different insurance companies to retain in-network access to clinic doctors, while some out-of-network patients worked with the clinic to arrange discounts and pay out of pocket to continue to see their clinic doctors.

Kerker said he doesn't know the net total of former clinic patients who are seeing doctors from other provider groups or delayed care in hopes that the clinic and Blue Cross will resolve the dispute.

The clinic's patient advocacy center receives dozens of calls each day from patients having a hard time getting timely access to doctors from other groups, Kerker said. "There's clearly an access problem in our community," he said.

Jocelyn Piper of Chatham said she was hospitalized in the summer because of complications from Type 1 diabetes connected with the loss of her longtime Springfield Clinic endocrinologist. Piper, 38, a Blue Cross member and employee, said there was a delay of several months in replacing her insulin pump because she had to wait to see a new in-network provider from SIU Medicine.

"There was terrible communication from SIU all during this time," she said.

SIU Medicine, the private practice group at Southern Illinois University School of Medicine, has experienced a 30% increase in patients since the split between Springfield Clinic and Blue Cross, according to chief medical officer Dr. Vidhya Prakash.

Average wait times for appointments have increased as a result, she said, but the staff has done "an exemplary job" of freeing up time for more appointments and procedures to ensure that the quality of care patients receive is not compromised.

SIU also has set up a system to streamline referrals of patients from doctors outside SIU, especially for "urgent" referrals, Prakash said.

SIU – with almost 300 full-time doctors, more than 200 other medical professionals and almost 400 young doctors in residency training programs in central and southern Illinois – doesn't expect the increase in patient volume to be temporary.

"We are treating this like it is the new normal," Prakash said.

Blue Cross this year agreed to pay a $339,000 fine to the Illinois Department of Insurance for delaying the filing of documents backing up Blue Cross' claim that it has an adequate network in central Illinois even with the loss of Springfield Clinic providers.

Dean Olsen is a senior staff writer at Illinois Times. He can be reached at dolsen@illinoistimes.com, 217-679-7810 and twitter.com/DeanOlsenIT.