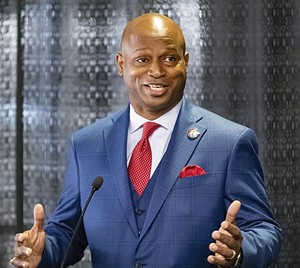 Illinois House Speaker Emanuel "Chris" Welch, who recently announced he has the support for another term as House speaker, says he looks forward to governing with an even larger supermajority than he had during his first two years.

"Expanding our caucus was definitely a priority of mine," he said during an interview with Capitol News Illinois. "But from a policy standpoint, we want to continue to build on the budget work that we've done. Expanding our caucus would not have been possible if people didn't believe Democrats were doing the right things."

Welch, a Democrat from the Chicago suburb of Hillside, was elected speaker in January 2021 after most in the Democratic caucus refused to back longtime speaker Michael Madigan, who'd been implicated in a bribery scandal and has since been indicted on corruption charges.

During his first two years, Democrats held a 73-45 advantage in the House, and Welch used that to pass landmark legislation, including the Clean Energy Jobs Act, which provides state support for carbon-free energy production and seeks to phase out fossil fuel power plants by 2045.

That supermajority also enabled Democrats to control the redistricting process when lawmakers drew new maps for the General Assembly, congressional districts and the Supreme Court.

In the elections that followed, Democrats widened their majority in the House by at least four seats – one race remained too close to call as of Monday – while also capturing a 5-2 majority on the state Supreme Court.

When asked whether gerrymandering played a role in those results, Welch said it did not.

"What I would say is that the maps reflect the diversity of our state," he said. "And one of the things that I said as the leader of our caucus and the speaker of the House last year when we were going through that process, that any fair map would reflect the diversity of our state. And if you look at the election results, the election results show that."

He said the results in the House were an example of that.

Welch said one key factor in the election that worked in Democrats' favor was the U.S. Supreme Court's decision in June overturning Roe v. Wade. That decision, in the case of Dobbs v. Jackson Women's Health Organization, said the U.S. Constitution does not protect a woman's right to have an abortion, effectively giving states the authority to regulate that procedure as they see fit.

"It certainly played a role in what happened on Nov. 8," he said. "You know, I said it in a number of speeches here during the campaign that November was coming. And if you look at what happened here in Illinois and across the country, that decision really got women to the polls. It got 18- to 24-year-olds to the polls, and they voted in droves."

But in the ensuing weeks, both of those issues were put on hold as various "working groups" were formed with lawmakers and stakeholders in an effort to reach a consensus on measures that could actually pass.

While Illinois has among the least restrictive abortion laws on the books, Welch said there is still more the state can do, possibly including a state constitutional amendment to protect abortion rights.

"That's certainly one of the questions that's out there, and it's a strong possibility," he said. "But again, I don't want to get ahead of the working group or the recommendations they formally present. I'm certain that's one of the things that's on the table."

"Anything that we do on assault weapons, we would want it to be effective immediately," he said. "And I just don't think we would have 71 votes to get something done in this shortened veto session. But I do believe that we're going to be able to deliver for the people of Illinois an assault weapons ban next year, and we're going to work real hard to make that happen."

Lawmakers still have three working days left in the veto session, Nov. 29-Dec. 1. Welch said the top priority for those days will be to pass "clarifications" to the SAFE-T Act, a sweeping criminal justice reform package passed in January 2021 that includes, among other things, eliminating cash bail effective Jan. 1, 2023.

In particular, he said, there has been disagreement among prosecutors and law enforcement officials about what should happen on Jan. 1 with people already being detained pretrial in lieu of bail. The law doesn't specifically say what happens to those individuals, which has led some to claim that it could lead to their widespread release from jail.

"They're interpreting it in a way that says that they have to swing the jail doors open at midnight," he said. "And even though that's absolutely not true, we're going to add some language making it explicitly clear how that transition should work." 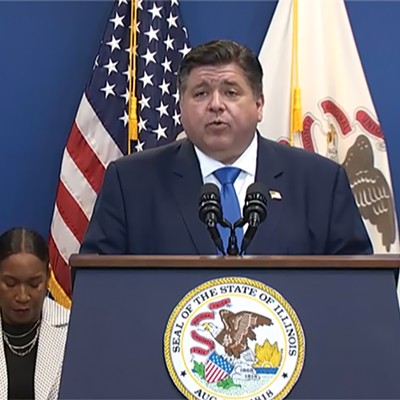