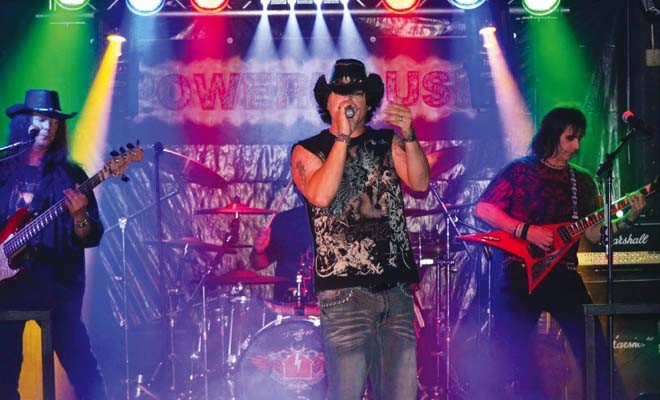 Here are a few observations on the past year, which seemed very much like a fast year as well.

From what I can recollect, we had a good season of outdoor events. Not only did we produce a whole bunch of righteously rocking music, the weather allowed us to actually enjoy it. I feel like I see more acoustic guitars than ever these days and more venues hosting live music by solo and duo acoustic acts. Punk, emo, indie and music of that sort, boosted by the Black Sheep Cafe presence, seems to be a bubbling undercurrent of happening stuff on the rise. Hip-hop and the like, with a push from Torch Tuesdays at Bar None and Killinoize Productions at various venues, has received more, much needed and well deserved attention.

Hot country bands, led by Brushfire, and new bands with young, female singers are on the march around town. A couple of classic rock groups sprang from the ashes of other bands and are staying busy, proving that small town clubs and some longtime local venues still need bands doing the rock standards of decades passed. The blues are holding steady with solid backing from the Illinois Central Blues Club and clubs like Thirdbase taking regular chances on blues-only bands. Our jazz presence seems to have shrunk somewhat. That could be directly related to not having a dedicated club to regularly support traveling combos or develop a local scene. Frank Parker’s Jambalaya Jam at the Brewhaus keeps it alive along with Frank Trompeter’s Happy Hour shows at Marly’s. Metal lacks a home club as well and suffers in recognition as a valid, local genre because of that lack of consistent support.

With that said, and pardon me for leaving out a whole bunch of worthy stuff, overall our scene is rolling along. There’s music every night of the week somewhere, with a mix of local and touring groups. It can always be better, but there was some very good stuff going on this year.

Bands and bars have worked hard and organized a benefit for Illinois tornado victims called the Whirlwind Bar Tour. The event happens Saturday, from 11 a.m. to 7 p.m., in these participating bars: Curve Inn, Floyd’s, JW’s, Koo Koo’s Nest, Harry’s Adult Daycare, Thirdbase, Celtic Mist, Crows Mill Pub, Burger Bar, Boondocks, Blue Grouch, Trading Post and Guitars and Cadillacs Saloon. Participants can sign up at any of the clubs and pay $30 to get driven around town on designated buses. They drop in at bars, have a drink and listen to live music, then move on to the next stop. The musicians donate their talent, the bars donate the space and all the money will go to a charity to help folks recover from the recent disaster. Pretty hip, huh?

On Friday, Dec. 27, Donnie’s Homespun hosts A Very Springfield Christmas with two very Springfield bands, Nil8 and The Station. Then in a hurry on Tuesday, here comes New Year’s Eve. First Night, as always, offers terrific live music and entertainment for an incredible deal in several downtown spaces. You can’t beat the variety and talent, so plan on getting in early to a good many performances, then you can still catch bar shows later. Check out the many local acts at bars bringing in the new year, including Joe Cooke with Thin Ice at Mama Lee’s Sandbar, The Kitchens at Charlie R’s Steak House, Roger Whitsell at the Walnut Street Winery and Pop Cherry at Thirdbase, just to name too few of the many, many more listed in on our Pub Crawl pages.

Enjoy the remains of 2013 and see you in the new year.