Not what state envisioned 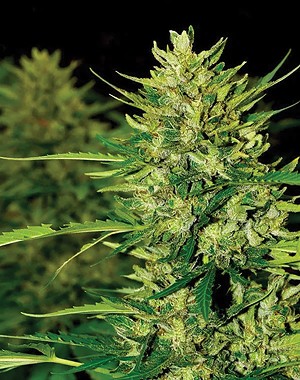 With shortages of marijuana in dispensaries and prices at a premium, an alternative has cropped up: smokable hemp buds.

Hemp, as opposed to cannabis, buds, grown under licenses issued by the state Department of Agriculture, have miniscule levels of THC, the psychoactive ingredient in marijuana. On Craigslist and on its own website TwoBrothers.Farm advertises a product high in cannabidiol, or CBD, a substance said to cure various aches and relieve a variety of ailments ranging from Parkinson's disease to insomnia. Scientific verification of efficacy is scarce. CBD is not approved or regulated by the federal Food and Drug Administration.

TwoBrothers.Farm did not return an electronic message, but on its website, the company says that it is a family-owned farm in LaSalle County that goes back three generations. Prices range from $25 for an eighth ounce to $600 for a pound. "Hand picked, hand bucked, hand trimmed buds." "CBD rich hemp flower." "Slow cured for over 60 days." TwoBrothers.Farm is not the only online seller. An East Peoria purveyor on Craigslist advertises buds for $75 per ounce, $500 per pound and $1,500 for five pounds of "shucked, untrimmed male flowers with viable seed in the buds, low skunk sweet aromas." The seller, who did not return a phone call, provides a state license number. "No card needed," the Craigslist ad reads. "Can provide larger quantities."

CBD has more commonly been sold as ointments or pills or teas made from processed concentrates of hemp plants. Smokable buds aren't what the state Department of Agriculture had in mind when hemp was legalized and the state began issuing licenses to grow it last year.

"There is nothing prohibiting the sale of hemp for smoking purposes," writes Krista Lasser, Department of Agriculture spokeswoman, in an email. "It was not what was envisioned when the state began regulating hemp production."

Under state law, recreational marijuana must be tested for pesticides, fungus and other impurities. Hemp, by contrast, is tested only for THC levels under the law. Only a small portion of the crop is picked by the state Department of Agriculture. Of the state's 650 licensed hemp fields, 100 were randomly selected for testing last year, Lisser said, and just 72 were actually tested. The remaining 28 fields were either not planted after licenses were granted or had been destroyed by weather, she said. One field, a quarter-acre in Cook County, had plants at double the legal threshold of .3% THC, Lisser said, and so was destroyed. THC levels in legal recreational marijuana can exceed 20%, and dispensaries typically advertise both THC and CBD levels.

TwoBrothers.Farm says its buds are grown organically and contain no heavy metals. "Lab tested for purity and compliance," the growers say on their website. Buds sold by the LaSalle County company and other internet merchants are male as opposed to female. Male plants usually are considered nuisances by growers aiming for a psychoactive product. "Since male plants contain smaller amounts of THC and other cannabinoids you have to smoke a lot of it," advises maryjanesdiary.com. "This may put a strain on your respiratory system, which is why concentrating it down may be a better solution. You can make hash oil, oil concentrates, edibles...in the same way you would use...leaves from a female plant."

The potential to convert hemp into a psychoactive product concerns Larry O'Hern, owner of Nature's Grace and Wellness, a recreational and medical cultivation company in Vermont, a town about 75 miles northwest of Springfield. "There's a lot we don't know about it yet," he said.

O'Hern said he first became aware of smokable hemp being sold during a trip to New York last fall, when he saw buds being sold out of vans.

"You can imagine my shock," he said.