Justice in the 21st century 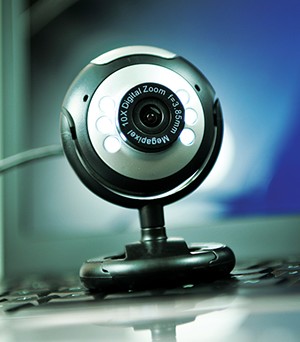 Years ago, I wanted to see the inside of Tamms, the downstate supermax prison that closed in 2013.

The Illinois Department of Corrections said no. But Tamms had its own courtroom, where inmates accused of attacking guards were prosecuted and those who tore up bedsheets to hang themselves faced punishment for destruction of property. Open courts are sacrosanct, and so I attended a trial inside the lockup, and there was nothing prison officials could do about it except search my car when I arrived and grumble as they pawed through McDonald's wrappers and dirty socks, which they put in piles. I thanked them and said I'd appreciate it if they'd clean up the backseat, too.

While courts are public institutions, Illinois, until last spring, had dawdled in making courtrooms as accessible as they should be. You still have to fill out too many forms for permission to turn on a tape recorder. That's changed since pandemic hit, and journalists aren't the only beneficiaries.

Last week, I sipped coffee while watching McHenry County traffic court, Zoom-ified, from the comfort of my living room. That afternoon, I took in a Cook County rocket docket, listening as bail was set for folks accused of peddling drugs, possessing illegal weapons and otherwise breaking the law.

It is jolting to watch someone accused of driving without insurance hold a purported proof-of-insurance card up to a laptop, but oh well. That's not much different than what happens in person, according to James "Dan" Wallis, trial court administrator in Woodstock, where the 22nd Judicial Circuit is headquartered and folks with kids and jobs and car trouble no longer have to journey to a courthouse to take care of tickets. Lawyers who resolve matters no longer must appear before a judge to finalize orders to which there are no objections, he adds.

"I'll call it the proverbial genie in the bottle, especially when it comes to traffic court," says Wallis, who predicts that courts won't return to normal when things return to normal.

Traffic court in Springfield still goes down largely in person – three Saturdays in March have been reserved for appearances postponed due to pandemic. That seems silly after watching what's been done elsewhere. Sangamon County Circuit Court Judge John "Mo" Madonia says that the court here has considered livestreaming major trials, but there haven't been any. Circuit Clerk Paul Palazzolo tells me that he's keeping an eye on McHenry County to see how court via Zoom is working out.

We shouldn't trust the judiciary or circuit clerks or the media to decide what's worth watching. If we treasure transparency, we should have cameras in courtrooms as a matter of course, particularly in Sangamon County, where judges sometimes conduct public business with no notice to the public. Xuosong "Gary" Yang, a former UIS recruiter who raped a student, entered a guilty plea in 2017 without the hearing being docketed in advance, and no one I spoke with afterward, including the judge, made any apologies for this sort of by-invitation-only justice that cameras might remedy.

In December, I saw Chase Brown's face instead of the back of his head as he was sentenced to three years for fraud. At least one victim from out of state was present in the virtual courtroom of U.S. District Court Judge Richard Mills. There would seem value in that. If I'd gotten ripped off for thousands of dollars, I'd want to see the thief punished without having to travel hundreds of miles.

Mills prefers sentencing crooks in person. "Whatever good is there, is diluted by the fact that we're not eyeball-to-eyeball in a physical sense," the judge says. "There is not the aura of the courtroom. And I think that's very important, particularly in criminal cases, to be able to see the court and the judge who is passing sentence and imposing the penalty. It means so much more to the defendant and to the public, whoever is there, whether it's family or spectators. I think it is almost crucial."

Fair enough. Just because you can get married via Zoom doesn't mean it's a good idea. But cameras, welcomed at weddings, and in-person court hearings need not be mutually exclusive.

Cameras bring convenience along with transparency. Timothy Eaton, a Chicago lawyer who chairs a state Supreme Court task force on court operations during the pandemic, sees no reason for small-claims litigants to travel to courthouses. Jury selection, Eaton says, could be done remotely so that would-be jurors could answer questions via laptops or phones instead of spending hours in waiting rooms watching bad TV, and that might reduce the number of folks who duck jury duty. In Lake County, he says, civil bench trials are being conducted remotely.

"Everything we can do to keep people from having to go to the courthouse is encouraged," Eaton says. Like Wallis, he predicts some changes will become permanent.

"It was going to happen eventually," Eaton says. "Now, we've seen it happen. We've seen it work out of necessity."