We lived in a frame house in Hickory Hollow during our younger years. We had many interesting experiences there, especially in the wintertime.

Brother Jack and I woke up early on a dark and cold December morning. Mom usually called us twice. Once to wake us and once to get us out of bed. When our feet hit the cold floor we became fully awake as we stumbled in our long john underwear into the living room. We stood by the heating stove awhile before going on into the kitchen. There we stood by the kitchen range to absorb some of its heat.

Mom would say in a happy voice, “Oh yum, yum. I’ve made the oatmeal just right this morning. It tastes just like ice cream.” We sat at the kitchen table in the light of the Aladdin lamp and ate our fill of oatmeal. It didn’t taste just like ice cream but with the rich milk from our Jersey cow poured over it, it came pretty close.

We got up from the table, went to our room and dressed for school. We put on our flannel shirts and bib overalls, washed our faces and combed our hair with wave set from the five and dime. We put on our coats, stocking caps and overshoes and were ready to walk a mile over the hill to Hickory School.

But this morning was different. We would take a different route for we had traps to run. We were interested in a little Christmas money of our own. We could get 50 cents for a possum, maybe a dollar if it was a big one. If we could catch a red fox we could get 10 dollars for it, big money for us. Or a mink that traversed Schaad Creek occasionally would bring us 20 dollars.

We told Mom goodbye and went out the front door with our sack lunches of fried egg sandwiches and an apple apiece.

Jack was in the eighth grade so he carried the Marlin single-shot .22 rifle. I was only in the fifth grade and mostly the observer.

We crossed the front yard, then Hickory Road and past Mr. Frasher’s sawmill. We crossed Schaad Creek on an old logging bridge and went on up into Uncle Troy’s pasture on the Kendall ground. It was all lush bluegrass and the cows had all the grass they could eat. With so many well-fed cattle, there were cow pies (manure) all about. The cow pies that had dried were turned over by some animal in the night. Jack said, “I’ll bet it’s skunks looking for grubs.” Jack knew about things like that.

We first found our fox set with the trap tripped. Nothing in it, so we set it back like it was. Our next set was in the water, a coon set; but all we had was a couple of coon toes in that one. We set it back for something else to be caught. We climbed up a cow path out of the creek to the flat pastureland above. Our next set was on the other side of a spring-fed branch of Schaad Creek. It was some 40 yards ahead. We could see something moving where the trap was set. It was too dark for a coon. It was not white enough for a possum.

“It’s a skunk,” Jack said. We walked a little closer. Sure enough it was a broad striped skunk. “Christmas money,” Jack said.

We surveyed the situation. What to do? Hmmmm. If we left it in the trap it might break its toes and get out. It would be gone. No Christmas money. Jack had the rifle and was a good shot. He opened the bolt action and put a shell in the chamber. He raised the gun, took aim and fired. He hit the skunk in the head and killed it dead. That didn’t stop the skunk from spraying his terrible odor all around.

I said, “He’s dead. Let’s get going so we won’t be late for school.” Jack tarried awhile longer to make sure the skunk was dead. He caught up with me at Kendall’s fence line. He hid the rifle under a pile of new fallen leaves and climbed over the fence. We came out at the top of Hickory Hill about a half mile from school. We walked briskly the rest of the way.

We got to school just as the teacher rang the bell for all the kids to come in from playing. We followed them through the door, took off our coats and hung them in the cloak room.

As we took our seats, Miss Leinberger, our teacher, sniffed the air and looked over the students. She got up from her desk and slowly walked the aisle. She stopped by brother Jack’s desk, wrinkled her nose and twisted her pretty face. She bent down and whispered to Jack that it would be best for him to put on his coat and go home for the rest of the day. The skunk smell was too much for her.

With Jack and his coat out of the room and the door cracked for fresh air the smell became much less. I studied on through the morning like a good boy till it became noon. Time to eat our dinner. I got out my lunch sack and was eating my egg sandwich.

Miss Leinberger came to my desk and said in the kindest voice, “Finish your sandwich and you can go home. Take the rest of the day off. Have fun.” She smiled as I left the room with the faint smell of skunk with me.

Jack had found the rifle under the leaves and gone on down to where the skunk lay dead. He got the skunk out of the trap and took the trap and all on home. By the time I got there, he had it skinned and stretched on a board with its pretty black fur with a white stripe shining in the sun. He proudly held it up and said, “Worth four dollars, Christmas money.”

I started walking toward the house. “You’d better wait to see if Mom will let you in,” Jack said. “She still won’t let me come in. Something about a skunk smell.”

Roy L. French of Virginia, Ill., 80, has written a Christmas memoir for Illinois Times every year for about 30 years. His book, Hickory Road: Stories from Hickory Hollow (Publish America, 2011), is a collection of his stories, many of which have appeared in Illinois Times. He has another book in the making, of short stories, prose and poetry, titled Schaad Creek. “We lived on the banks of Schaad Creek,” the author writes.

The tick-tock of Grandma’s clock 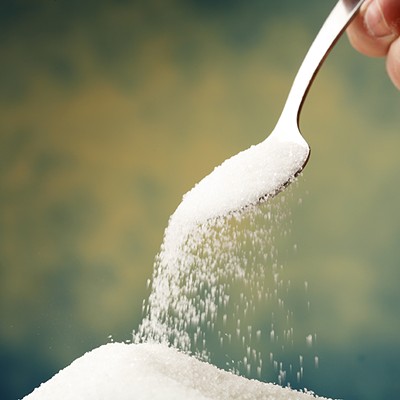