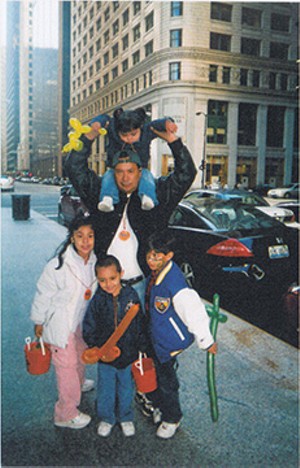 It is believed to be one of the highest amounts ever paid to settle a lawsuit alleging substandard medical care in the Illinois prison system, which critics say is rife with care so poor that it violates the constitutional rights of inmates. (See “Experts blast prison health care,” May 28; “Horrific health care,” June 25, at illinoistimes.com.)

Doctors had reason to believe that something was seriously wrong with Alfonso Franco when he first complained that he was having trouble with defecation in the fall of 2010, according to the federal lawsuit filed by his family. One year earlier, when Franco entered the prison after being convicted of a nonviolent cocaine offense, a routine test had revealed abnormal levels of liver enzymes and lipids. Such abnormalities can be signs of cancer.

Instead of testing for cancer when Franco first complained of constipation, prison doctors prescribed milk of magnesia and told him to exercise, increase his intake of fluids and eat fruits and vegetables. Franco repeatedly told prison doctors during ensuing visits that constipation remained a problem – in November of 2011, he told the medical staff that he had gone three days without a bowel movement, and Metamucil wasn’t helping matters. He was losing weight, suffering from lower back pain and experiencing nausea. In December of 2011, after Franco reported that he could not urinate, Dr. Rosalina Gonzalez, a Wexford employee, ordered an x-ray of his abdomen and diagnosed hemorrhoids.

By the spring of 2012, Franco was bleeding from his rectum and had lost 42 pounds since entering prison in 2009. Gonzalez stuck with her diagnosis of hemorrhoids and told Franco that he needed to see a mental health specialist when he insisted that he was seriously ill. A blood test indicated anemia and revealed abnormal levels of liver enzymes that suggested significant illness, but doctors didn’t act on the test results. Franco went as long as five days without a bowel movement. He vomited frequently and complained of vertigo and dizziness. He had blood in his stool and lost his appetite. By early summer, he was having as many as 40 bowel movements a day and was placed in diapers at the prison infirmary. His bloody stool was watery and yellow. He was in excruciating pain but received no significant pain medication.

“A terminally ill patient near death, Mr. Franco remained undiagnosed in an environment specifically designed to diagnose and treat illness, with nurses and doctors apparently oblivious to what should have been obvious to any neophyte health care student,” wrote Dr. Michael Puerini, chief medical officer for the Oregon State Correctional Institution, in an evaluation of the case filed in court by the plaintiff.

Finally, on July 8, 2012, after he went 18 hours without eating and two days after Gonzalez discovered a mass on his liver, Franco was taken to the emergency room at Taylorville Memorial Hospital, where a doctor immediately ordered a CT scan. The scan showed late-stage colon cancer that had spread to Franco’s liver and lungs. He was returned to the Taylorville prison, where he died exactly one month after he was taken to the emergency room. He was 53 years old.

In his report, Puerini wrote that Franco might have survived if prison doctors had provided proper diagnosis and treatment. The lawsuit against Wexford was settled last month after mediation before U.S. Magistrate Judge Thomas Schanzle-Haskins. Probate records filed in Christian County show that plaintiff received $800,000.

Timothy Shay, plaintiff’s attorney, said that he could not comment due to confidentiality clauses in the settlement. Wexford officials could not be reached for comment.

“Eight hundred grand is a lot, based on how much prisoners generally win,” said Alan Mills, director of the Uptown People’s Law Center in Chicago that is suing the state over alleged substandard medical care in prisons. “But I think that nonetheless shows the prisoner discount. I’m not familiar with the facts of the case, but it sounds like someone who suffered in pain for two years unnecessarily, if they’d been out in the free world, would have gotten even more.”

So far as is publicly known, the settlement is the largest ever paid in a wrongful death lawsuit filed in connection with alleged substandard health care in Illinois prisons. Under the state Freedom of Information Act, settlement agreements involving contractors that perform governmental functions are public records, according to Don Craven, a Springfield lawyer who specializes in FOIA issues. Illinois Times on Aug. 25 filed a request with the Illinois Department of Corrections for copies of settlement agreements involving Wexford. An answer was due on Sept. 1, but the department has not yet responded.

The state in 2011 awarded Wexford a 10-year contract worth $1.3 billion to provide health care in Illinois prisons. According to a March story published by Modern Healthcare, Wexford, which provides health care in prisons and jails throughout the nation, has paid $3.1 million to settle 38 claims during the past five years.

Both Wexford and the state Department of Corrections drew criticism last year from a panel of medical experts headed by the department’s former medical director. The panel concluded that health care was so poor that it violated the constitutional rights of inmates. The panel was appointed by a federal judge in hopes of resolving a lawsuit filed on behalf of a diabetic inmate by Mills’ group.