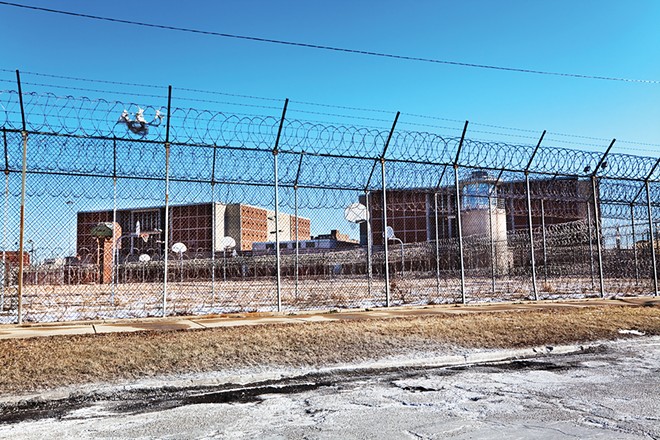 With an eye toward expansion, Southern Illinois School of Medicine plans to hire doctors to work in Illinois prisons, which are under pressure to improve health care that critics say amounts to cruel and unusual punishment.


A mentally ill inmate has died from gastrointestinal bleeding two months after swallowing two sporks – a nurse determined there would be no issues after he revealed what he'd done. A case of colon cancer went undiagnosed for nearly two years after an inmate first complained of symptoms – he was incontinent, emaciated and in diapers before he was finally taken to a hospital, where physicians quickly found tumors a month before he died. In December, a federal jury in Springfield awarded $11 million to an inmate who waited months for cancer surgery. In 2018, a federal judge issued an injunction after hearing that mentally ill inmates have been doped up and kept in isolation cells for prolonged periods, sometimes while strapped down.


Litigation for mentally ill prisoners began in 2007; the lawsuit that resulted in a consent decree for other types of health care was filed in 2013. In both cases, court-appointed experts and monitors have blasted the quality of care, finding deaths that could have been prevented.


The state's 10-year contract with Wexford Health Sources, a Pennsylvania company that is being paid nearly $1.4 billion to provide health care in Illinois prisons, expires in 2021. Officials with the state Department of Corrections and SIU School of Medicine say that a two-year deal to provide SIU health care in prisons could be just the start. The first doctor, an ob-gyn, is expected to start work at Logan Correctional Center in June. Under the agreement signed in December, SIU will provide nine doctors and other health care workers at a cost of $5 million for the first year and $8.4 million in the second year.


Jerry Kruse, SIU School of Medicine dean and provost, said that similar arrangements have been made between prisons and medical schools in other states, including Georgia, Texas and New Jersey. He said conversations between the school of medicine and corrections began about a year ago.


"The school of medicine has always been about social accountability," Kruse said. "It's actually in our mission statement."

The program, Kruse and others say, could be expanded to other prisons. Dawn Defraties, who started work Jan. 2 as director of the school of medicine's new Office of Correctional Medicine, said that 23 of the state's 30 prisons are within SIU's coverage area. "The great majority of facilities are in our region," Defraties said. "There are a lot of health care opportunities out there."


The agreement also calls for SIU to conduct peer review of cases and, specifically, implement national standards for mortality reviews in cases where inmates have died. The consent decree reached last year requires mortality reviews when prisoners die so that shortfalls can be identified and improvements made. But in a report filed last month, a court-appointed monitor reported that no such mortality reviews have been prepared.


"I think that there is definitely room for improvement in some areas," said Dr. Steve Meeks, medical director for the Illinois Department of Corrections, when asked if he's satisfied with Wexford's quality of care. Some inmates, he said, will be under Wexford's care while others will be cared for by SIU staff. He said he doesn't yet know how many institutions SIU might eventually serve. "I would love to see it expand in a way that allows us to provide good quality care," Meeks said.


Alan Mills, a Chicago lawyer who represents inmates in litigation covering psychiatric and other types of health care, said that lawyers for inmates have encouraged partnerships between medical schools and prisons.


"I think this is a very positive step forward," Mills said.