She fought the law and the law won 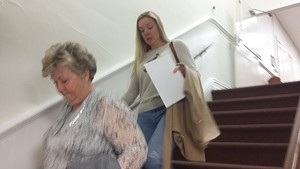 One of the most bitter child custody battles in state history ended Tuesday as Jennifer Watkins agreed to give up custody of her daughter Sidney to the girl’s paternal aunt.

Watkins wept as she signed the paperwork in the courtroom of Cass County Circuit Court Judge Robert Hardwick, Jr. Just one reporter was present to witness the end of a case that once drew national attention and was the subject of a “Dateline” episode.

“This has been an emotional, turbulent time for everybody,” Hardwick said near the conclusion of proceedings that lasted less than 30 minutes. “If, 10 or 12 years ago, somebody said we’d end up where we are, you’d say, ‘It’s impossible.’”

The improbable saga began a decade ago when Steven Watkins, Jennifer’s estranged husband and father of Sidney, now 11, was gunned down from behind when he went to the Ashland home of his in-laws to pick up his daughter for a court-ordered visit. Shirley Skinner, Jennifer Watkins’ grandmother, was convicted of murder and is serving a 70-year sentence. Neither Jennifer Watkins, who was present in the home when her estranged husband was killed, nor relatives who also were there, cooperated with police. During the 2010 trial, prosecutor Michael Vujovich called the murder a “family affair,” committed because Jennifer Watkins and her kin considered Sidney their property, and they feared that Steven Watkins might gain custody, or at least substantial visitation rights, during divorce proceedings. 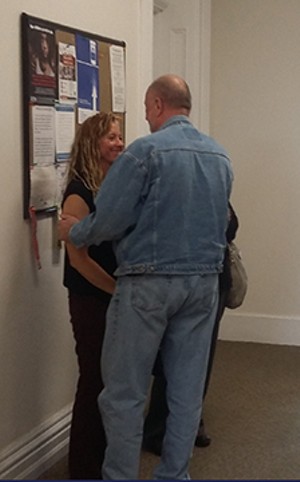 After the murder trial, Dale and Penny Watkins, parents of Steven Watkins, won a court case granting them the right to visit Sidney. Rather than allowing visits, Jennifer Watkins moved to Florida with her daughter, remaining there for years, apparently beyond the reach of local authorities, who failed in a 2011 extradition attempt after Watkins was arrested, jailed and, ultimately, freed. In 2016, Jennifer Watkins moved to Massachusetts and was arrested again. This time, Sidney was sent to live with her aunt, Ashley Clement, who is now the girl’s permanent guardian as a result of the agreement signed Tuesday in Hardwick's courtroom.

Michael Goldberg, Jennifer Watkins’ lawyer, says he knows of no other case that began as a grandparent visitation matter and morphed into a custody case pitting a birth parent against in-laws. The case hinged in part on whether Sidney, a well-nourished, outgoing girl with no evidence of physical abuse who is a top student, was neglected by her mother. Judge Hardwick determined that Sidney was, in fact, being neglected by virtue of her mother refusing to allow visits between the girl and her grandparents.

Goldberg said that he had figured that his client would regain custody of her daughter. “If you had told me two years ago that this is where we’d be at, I would have been shocked,” Goldberg said. “I didn’t expect this would happen, and neither did Jennifer. I’m not sure there’s a legal precedent for what happened.”

It could have been worse for Jennifer Watkins, who looked drawn at the conclusion of proceedings. Under terms of the agreement signed Tuesday, she will retain her parental rights, meaning that she can request modifications to a visitation arrangement that will allow her supervised visits with her daughter every other week for five hours at time and one weekly 15-minute phone call. Sidney will be free to call her mother as often as she likes. During Tuesday’s proceedings, Jennifer Watkins said that she doesn’t know her daughter’s phone number.

If Jennifer Watkins had fought to have her daughter returned, she risked being stripped of parental rights, which could have resulted in her never again seeing Sidney, Goldberg said. The agreement also spared Sidney, who has said that she wants to live with her aunt instead of her mother, from having to testify in the case.

While Hardwick and Goldberg professed shock, at least one person in the courtroom said that she wasn’t surprised. “Absolutely not,” said Penny Watkins, Sidney’s grandmother. “To me, it’s an answer to a prayer, to do what’s best for Sidney. I guess what I want to say is, I’m a full believer: When you ask God for something, you want to have what’s right.” And that, Watkins said, means what is right for Sidney, not necessarily what those who love her might want for themselves.

“If it was what I wanted, I’d still have my son,” Penny Watkins said.