Only 7% of rapes are prosecuted nationwide. The number is even lower in Springfield. 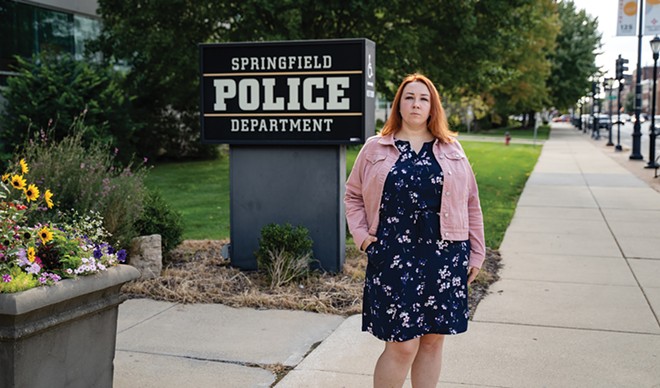 PHOTO BY JOSH CATALANO
Betsy O'Brien was sexually assaulted by someone she knew and trusted. Like the vast majority of sexual assault cases, hers did not result in an arrest or any charges being filed against the alleged perpetrator.

Dec. 3, 2019, is stamped in Betsy O'Brien's brain forever; it was the date that she was raped by someone she trusted.

For two-and-a-half years, O'Brien says she has been fighting for justice, and she is angry because she believes the Springfield Police Department did not diligently pursue her case.

The term "rape" conjures up images of masked men, strangers breaking into homes and an assailant with a weapon. While those types of assaults do happen, a more common scenario is one where the assailant and victim know one another.

That's the way it's supposed to work.

But the reality is rape cases between intimate partners are difficult to investigate and prosecute. Nationally, only 18% of reported sexual assaults result in an arrest and about 7% are prosecuted, said Jillian Snider, a former New York City police officer who teaches at John Jay College of Criminal Justice in New York City.

"Most felonies are committed in public where there are witnesses and there is likely to be video surveillance. In these situations involving intimate partner sexual assaults, they almost always happen behind closed doors with no witnesses. And it becomes a he said, she said situation," Snider said.

As is the case in 80% of all sexual assaults, O'Brien's assailant was someone she knew.

She said she had met the man, who lives in Florida, several months before and came to trust him. They had gone on dates several times and been intimate when he had visited Springfield for business.

On the evening of Dec. 2, 2019, the pair met at the bar in the Springfield hotel where the man was staying. After several drinks, they decided to watch a movie in his room.

She said she made it clear that they would not have intercourse.

"I don't want a picture painted of what happened. But he raped me," O'Brien said. She told police that she awoke around 7 a.m. to him assaulting her. 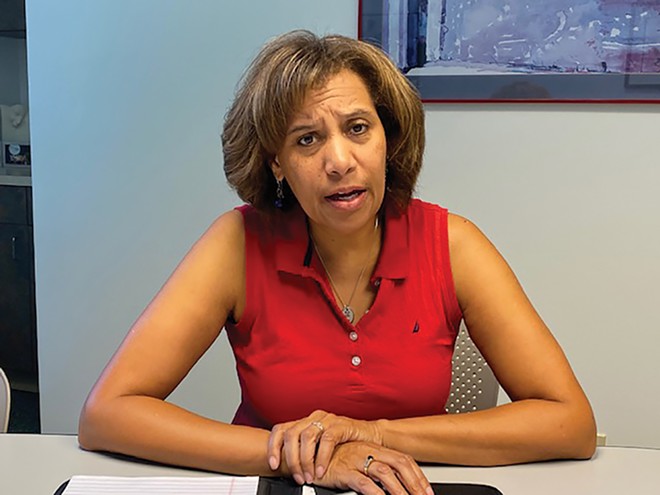 Out of respect for O'Brien's privacy, Illinois Times is not reporting details of the assault. As is often the case when investigating crimes involving former intimate partners, police say some specifics of what happened that night make it difficult to prosecute.

O'Brien said after the man left the room that morning, she showered and texted her best friend about what had happened, then went over to her friend's home.

O'Brien is a well-educated professional. She works in performing arts and has been active for years in community theater in Springfield. But nothing in her life gave her context as to what to do next. Later that day, she reported the incident to the police department.

"There were two officers when I went in and I reported it, and they were fine. One of them had a little badge that said he was trained for dealing with sexual assault. I talked to them and I gave them my report. I brought my clothes in a paper bag for them. They took those and they had me go to the hospital.

"When I initially talked to the police, I had said I wasn't sure if I wanted to press charges. That's very common. I just wanted to report it and have it on record."

She then went to HSHS St. John's Hospital where a doctor examined her and a specially trained nurse performed a rape exam. Photos were taken of her vagina and rectum. Both orifices were probed and samples were collected.

The poking, prodding, photographing, questioning and examining took hours. After the exam was complete, she decided she wanted to pursue a case against her assailant.

"So, the next day I called and I left a message for those two officers saying that I wanted to move forward. I didn't hear back from them, and I spent the next month calling two to three times a week trying to talk to someone, and I never heard back from anyone," she said.

Police Commander Sara Pickford said it is the department's policy that every sexual assault victim be promptly contacted by the criminal investigative division. Based on that initial screening, a detective may be assigned.

O'Brien said that did not happen in her case.

"He looked into my case and said a detective hadn't been assigned to it. He asked that one be assigned," she said.

When she met with Shaw, a victim's advocate was present, but O'Brien said she never developed a relationship with that person. The state's attorney's office has victim advocates on staff who are meant to act as liaisons, answer questions about the criminal process and direct victims to resources as needed.

On Jan. 10, a detective reinterviewed O'Brien.

"He said he called (the assailant), but he immediately lawyered up. He said there was nothing more that we could do until they got my rape kit back," O'Brien said. But she was skeptical. After all, the assailant did not ejaculate during the encounter. So, she doubted there would be DNA to recover.

"All of the evidence in the case, I brought to him. As near as I could tell he did no investigating on his own," she said.

There are other avenues to investigate sexual assaults, said Gillian Snider, the former NYPD officer.

She said she would routinely have victims call their assailant with the police covertly recording the call. The hope in such cases is that the assailant will apologize or otherwise admit to the crime.

"The detective told me, 'Do not do that,' said O'Brien. "He explained that Illinois is a two-party consent state and that wouldn't be legal."

While civilians cannot legally record such calls, a judge can issue an order allowing for the police to surreptitiously make such recordings, said Sheryl Essenburg, a former Sangamon County assistant state's attorney who prosecuted sex crimes.

"I would hope that any detective would know that they can get a judge's order to make such a recording," she said. Essenburg added it was an investigative tool routinely used in many sex-crime cases she prosecuted.

But O'Brien said to the best of her knowledge, no effort was made to get such a court order.

"I was just told by the detective that it couldn't be done," she said.

Former NYPD officer Snider said in cases involving intimate partner violence she would also seek any contemporaneous text messages a victim may have sent to a friend or family member after an assault. Such evidence can be powerful, she added.

O'Brien said she had immediately texted her best friend from the hotel room telling her she had been raped, and she then went to that friend's house and discussed what had happened. But she said the detective assigned to her case never inquired about text messages or sought to interview her friend.

She said she asked the detective whether video from the hotel's security cameras had been sought by police. She wondered if it might have shown the disheveled state in which she left the room, or at least verified the hours the two were in the room together. But she said the police told her they had not pursued obtaining video footage.

O'Brien said over a five-month period she was repeatedly told by the detective that there was a warrant out to collect the suspect's DNA but they had not been able to execute it because the individual lives in Florida.

Later, after not hearing back from the detective for weeks, O'Brien called him to find out the status of her case.

"The last time I talked to him, he was so angry with me because I called him every single day for three weeks and left a message and he hadn't gotten back to me. So, I called the general investigations line and I said, 'I've been trying to get hold of the detective. ... and I haven't been able to, so I would like to speak to someone about my case. He called me within five minutes, yelling. He said what I did made him look bad."

Assistant Police Chief Joshua Stuenkel said that the story she related is inconsistent with department policy. He added crime victims should always be promptly called back.

"I would encourage anyone who is having difficulty reaching an ivestigator who's been assigned their case to call and request to talk to a supervisor," he said.

O'Brien filed an internal affairs complaint against the original detective in her case, but she said he was cleared of any wrongdoing, so Illinois Times has chosen not to identify him.

O'Brien said she learned through a Freedom of Information Act request that her case had been closed for lack of evidence before her rape kit had been returned from the Illinois State Police laboratory and the detective assigned to her case had not requested her medical report from St. John's Hospital, where she was treated after the assault.

Commander Pickford said that sometimes cases are placed on pending status while awaiting laboratory results, but a case should never be closed if there is still evidence pending.

O'Brien said she contacted a friend of a friend who worked for the police department and he arranged for her to speak with a different detective, who obtained her medical report. She also said she was informed that there never had been a warrant issued for the suspect's DNA.

According to documents obtained by Illinois Times, a warrant had indeed been drafted by the detective. But since such a warrant is only valid for 96 hours after being signed, the warrant remained unsigned in the hope that it could be executed if police became aware that the suspect had returned to Springfield.

When her rape kit was returned, male DNA was found in the sample, but not at a high enough level that it could be analyzed.

On April 8, 2021, she had a conference call with the new detective, someone from the state's attorney's office and a victim's advocate.

Sixteen months after the sexual assault, she was told hers was a case that would not be pursued. There was concern that a judge or jury might be reticent to convict because of earlier sexual activity between the pair.

After this encounter with the criminal justice bureaucracy, she said, "I spent a horrific night with the man who did this to me. But I've had two-and-a-half years dealing with the Springfield Police Department. Today, I feel more violated by the Springfield police than I did by the man who raped me."