Session ends with major legislation, but no energy bill

Negotiations continue as lawmakers expect to return later in the summer 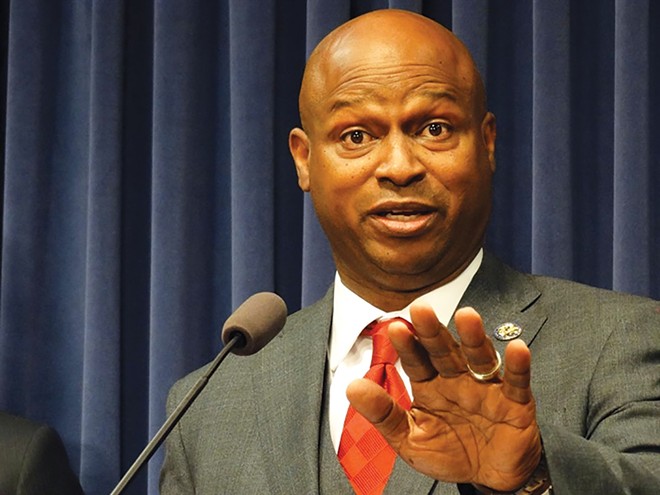 Illinois lawmakers finished a two-day special session June 17 by passing some important legislation but without reaching agreement on the one issue they had hoped to resolve – an energy bill that would phase out all carbon emissions from power plants over the next 30 years.

"I think a very successful legislative session got a lot more successful today," House Speaker Emanuel "Chris" Welch, D-Hillside, said Wednesday, June 16, during a news conference shortly after the House adjourned. "We got some important things done. And we got it done because we have some great people in the House of Representatives, on both sides of the aisle."

Topping their list of accomplishments was the final, slightly amended passage of a $42.3 billion budget plan for the upcoming fiscal year, something they thought they had completed when they first adjourned June 1, but which Gov. JB Pritzker was forced to send back for a minor change to correct drafting errors regarding the effective date of various provisions.

"It's a balanced budget that achieves a level of fiscal prudence not seen in our state for two decades," Pritzker said Thursday during a news conference in Chicago. "For the first time since 2001, Illinois is paying its bills on time. We are also paying off pandemic borrowing early. We're meeting our full pension obligation and we're saving taxpayers tens of millions of taxpayer dollars along the way."

The budget provides essentially flat funding for most state government operations, with the exception of K-12 education, which will see the $350 million increase called for in the evidence-based funding formula, and some human services such as Medicaid.

The bill also calls for using about $1 billion in federal funds from the recently passed American Rescue Plan Act to get an early start on infrastructure projects that are part of the Rebuild Illinois capital improvements program of 2019, something Pritzker said would create new jobs throughout the state and help accelerate the state's economic recovery.

Republicans, however, harshly criticized that spending, arguing that the projects were handpicked solely by Democratic lawmakers.

They also criticized the budget for not addressing the large deficit in the state's unemployment insurance trust fund, which some have estimated may be as large as $5 billion.

Democrats, however, countered that the trust fund deficit can be addressed at a later time, possibly with additional federal relief.

"Hopefully, there'll be some additional relief because other states are facing this as well," Rep. Jay Hoffman, D-Swansea, said during a separate news conference Wednesday.

In addition to fixing the budget bill, lawmakers also passed legislation last week to ensure that people who, through no fault of their own, received more unemployment benefits than they were entitled to will not be required to pay back those overpayments.

They also passed legislation aimed at clearing up a backlog of applications for Firearm Owner's Identification cards as well as legislation providing for a first-ever elected Chicago school board, an issue that had divided legislative Democrats and Chicago Mayor Lori Lightfoot.

But the one issue that continued to elude lawmakers was the issue that ostensibly brought them back to Springfield for the two-day session to begin with, passage of an energy overhaul bill.

One of the key sticking points that remains to be resolved is how the new legislation would treat coal-fired and natural gas-fired power plants. Pritzker has said his goal is to phase out coal plants entirely by 2035, although he recently said he is willing to extend that if existing coal plants can somehow capture and sequester their carbon emissions. He also wants to phase out natural gas-fired plants by 2045 by gradually lowering caps on allowable emissions.

As negotiations over those issues continue, however, energy giant Exelon, which operates six nuclear power plants in Illinois, has threatened to shut down at least two of them because they are currently unprofitable.

Rep. Robyn Gabel, D-Evanston, who has been part of a legislative negotiating team on the energy bill, said that she is not overly concerned about Exelon's threat.

"We'll see. They also told (former) Speaker (Michael) Madigan when he was here that they needed to have this all resolved by April," she said. "So I'm not feeling a lot of pressure from them."

Hoffman, meanwhile, said negotiations around the energy bill are continuing, and he predicted lawmakers would return to Springfield soon, once an agreement is reached.

"Would I liked to have been done in April and May? Of course," he said. "We didn't get there. And so we're going to keep working. Over the last two weeks, I can't tell you the hours that we put in, and we made progress on other issues. We just haven't got that one done yet. That's the way it goes."

Illinois announces first $24 million in Back to Business grants